When was Luke Skywalker conceived?

So, some minor spoilers below to Star Wars episodes 3 and 5, though I really don't think anyone should not know about this.

Anyway, I got to reading this question about why Anakin thought he could save Padme when she was so close to giving birth, and the (currently) top-voted answer raised even more questions about how long Padme had actually been pregnant when she died. Either Lucas didn't give her enough of a belly or her newborns were much too old when they came out. From this, I began wondering why Padme hadn't been visibly pregnant at the start of Episode III, since as far as I could tell the movie took place over at most a few weeks.

So that got me wondering, is there anything in the EU (either still canon or canon until Disney took over) about when Anakin and Padme 'did the deed'? And, from this event, could it be estimated how far along Padme was in her pregnancy when she gave birth?

Luke was born almost immediately after the Palpatine declared that the Republic was being reformed into the Galactic Empire (in 19 BBY). As DVK notes, this is celebrated on the 23rd day of the 5th month. Assuming that humans in the Galaxy Far, Far Away have a gestation period of 9 months (and that Luke and Leia were not premature, as they don't appear to be), then they were conceived around month 7 or 8 of 20 BBY.

In Chapter 22 of Star Wars: Clone Wars (the Tartakovsky's 2D cartoon, not to be confused with Star Wars: The Clone Wars, the 3D show), Padmé and Anakin spent a night together at Varykino, the Naberrie family's retreat house on Naboo.

The creators of this show, as well as Randy Stradley of Dark Horse comics, told fans that this was when Luke and Leia were conceived. 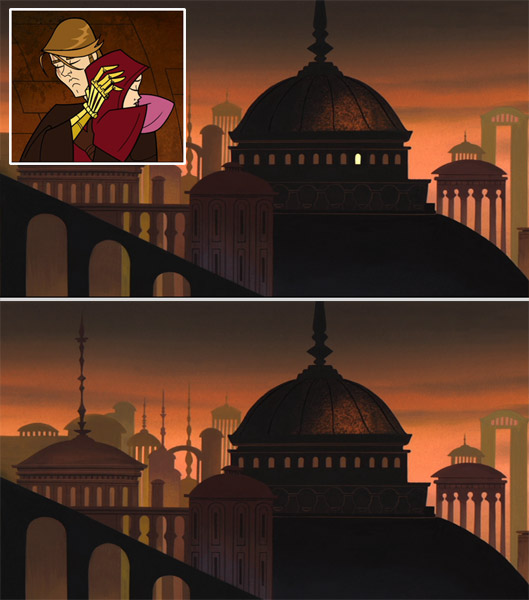 (Note that there is a bit of a timeline gap because the creators said this scene takes place five months before the Battle of Coruscant, but they were operating under the assumption that the events of the then-unreleased Revenge of the Sith took place over a longer period of time).

At the end of Episode II, we see a wedding ceremony between Anakin and Padmé on Naboo, at the lakeside palace where they stayed earlier in the film. They would have had the privacy and opportunity to consummate their marriage here. It's possible they "did the deed" earlier (as the question puts it), but we can assume their sexual relationship started no later than this.

The Clone Wars lasted for some years, and Anakin spent most of them fighting in the Outer Rim. At the beginning of Episode III, Anakin tells Pamdé the Jedi Council would "never have brought them back from the Outer Rim" if not for the Chancellor's kidnapping. At that time, Pamdé is already pregnant, although not yet visibly so. So we can assume that Anakin was able to meet with Padmé a month or two earlier, most likely on Coruscant, shortly before his most recent trip to the Outer Rim.

Some months must have passed between the beginning and end of Episode III, to allow for the progress of Padmé's pregnancy, but the Star Wars films always have been somewhat vague on exact timescales.

We can allow for some dramatic license in the age of the baby "actors" in the movie; but the infant Luke and Leia were at least able to survive without artificial support. So in the context of the story, Padmé must have been no more than a month or two from full term (size of Natalie Portman's bump notwithstanding).

Well from the fact the babies were nearly "ready" when went into early labor, she had to be at least 7-8-9 months ish along. Anaking and Padame were married at the end of Episode 2 in 22 BBY and then she is forced into early labor at the end of episode 3 in 19 BBY. So from this it is clear that luke/Leia were not conceived behind the scenes in episode 2.

As far as I know, there is no canon info about the exact time of conception, but it had to be some time after episode 2 during the clone wars. It is implied a couple times in the Clone Wars TV show that they have some 1v1 time but beyond that I got nothing for an exact date.

TLDR: Some time after episode 2 during the Clone Wars.

Share
Improve this answer
answered Dec 10, 2015 at 17:00
user45549user45549
1
Add a comment  |
Highly active question. Earn 10 reputation (not counting the association bonus) in order to answer this question. The reputation requirement helps protect this question from spam and non-answer activity.

1
Were the Skywalker twins born prematurely?
33
How did Anakin think the power to cheat death would be helpful?
8
Do we really know the scale of things in Star Wars?
22
Are the humans in the Star Wars Galaxy really humans?

25
If Plagueis Caused Anakin's Birth, Why Shmi Skywalker?
22
Why were the twins named Luke and Leia?
8
Did Anakin want kids?
6
Were Luke and Leia aware they had the same birthday?
13
How did Ahsoka know the specifics of Anakin's fall?