I was wondering if there is a comprehensive list naming all 50 somwhere in the GW lore?

As Brian said, there is probably no comprehensive list of walls and gates. There are some maps out there, e.g this map from The Lost and Damned: 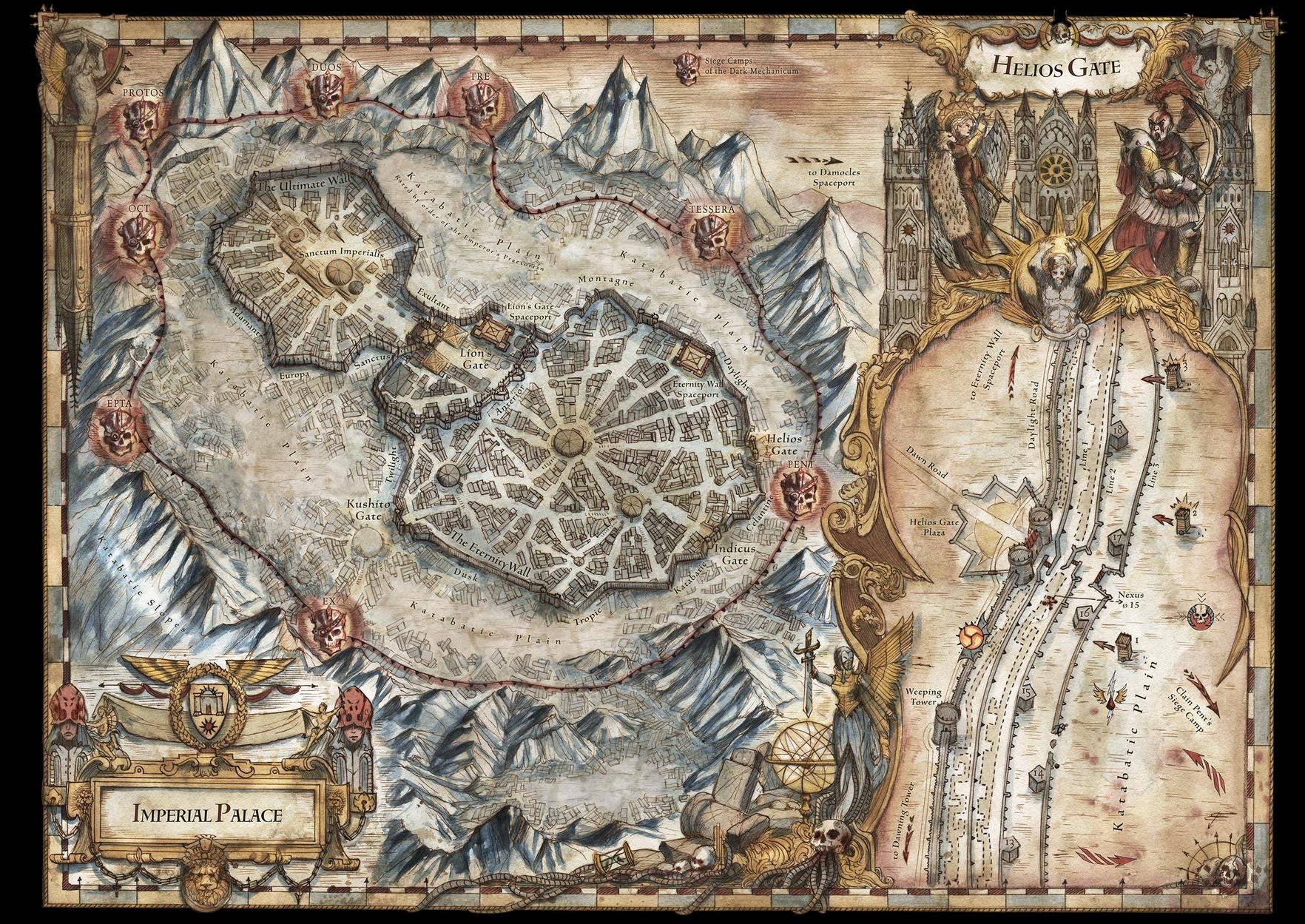 Looking at the map for the Lion's Gate Defence, we see a further gate behind the Lion's Gate, the Ultimate Gate. Also, wall sections have their own names: 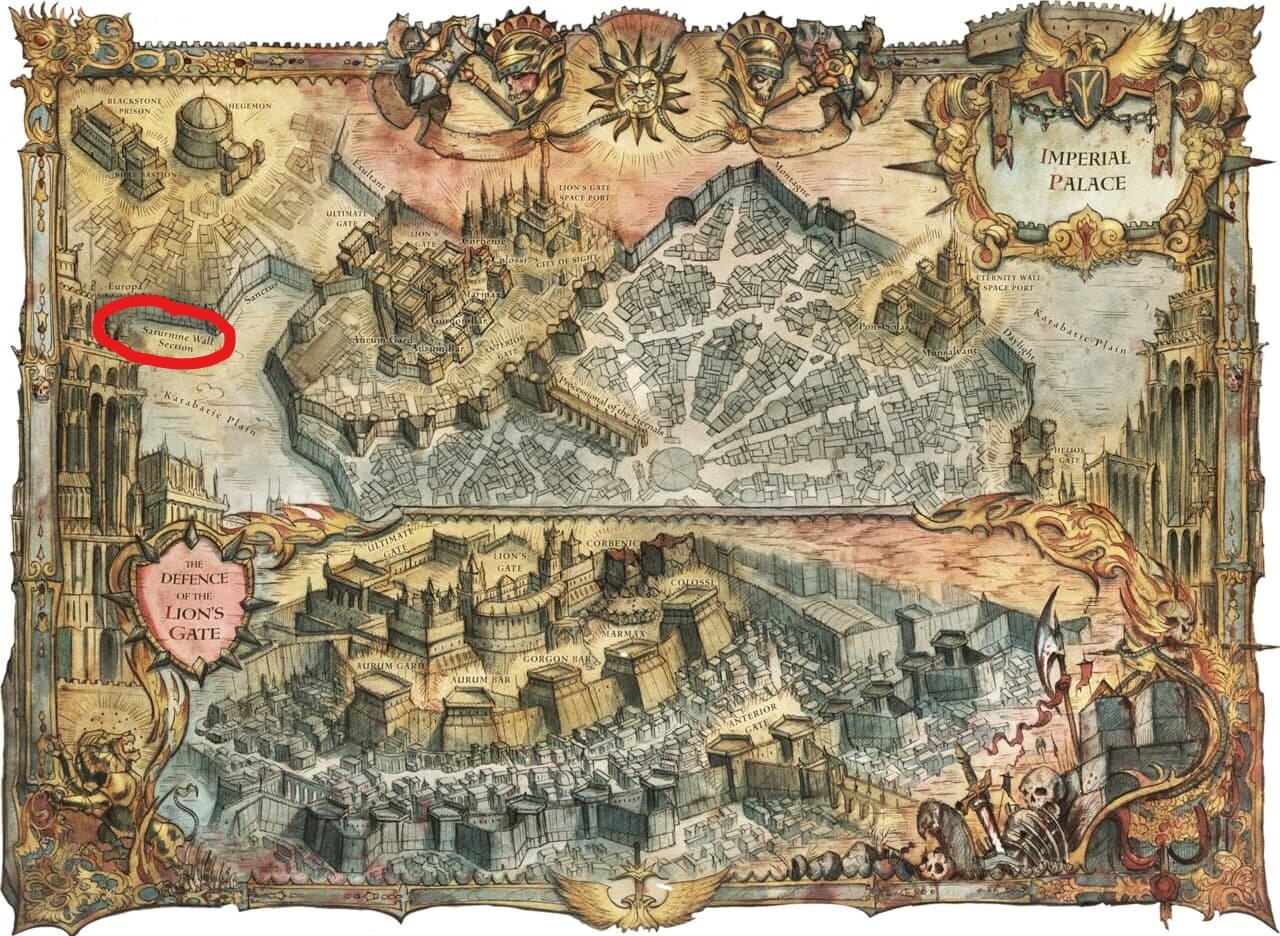 At the same time, we see that the between the towers are not named on the Lion's Gate map. I think it very probable for the Custodes to name these walls also just to be half a second faster in communicating (instead of having to say "between A and B" being able to say "Wall Q"). So, getting a comprehensive list of all the walls and gates is very improbable as not only the walls have names but each wall consists of sections with an own name, each section has subsections etc.

For humans, such a system would be absolutely overkill and couldn't be handled. For Custodes, knowing the name and exact location (and very probable the available defence, strength of the wall section etc.) is childs play.

10
Map of the Imperial Palace on Earth
6
The makeup of the Imperial fists pre M 42
3
Space Marines vs Imperial Guard
6
What are the names of the Current Lords of Terra?
7
Can the Butcher's Nails be removed?
5
Did Games Workshop make a big mistake in the 'Siege of the Imperial Palace' diorama?
5
(How) do Imperial Auto weapons differ from their 21st century counterparts?
5
Why do non-imperial humans prefer Autoguns to lasguns?
3
Does the imperial religion have a sacred text?