Why do ships shake when something hits their shields?

This is tagged to be a Star Trek-specific question, because it came to my mind, when watching a DS9 episode. But could actually by asked about any SF work that involves energy shields and energy weapons hitting them.

The answer can be found in this question. The Structural Integrity Field fluctuates as power is drawn to the shields. 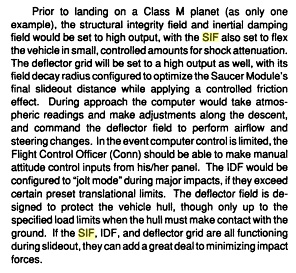 In the Hospital Station stories by James White there were weapons called rattlers which used rapidly alternating tractor and pressor beams to shake enemy spaceships to pieces.

I once read about designs for laser weapons which would not vaporize what they hit but would rapidly alternate from on to off to on to off to on...and eventually smash their targets with a series of repeated blows.

So maybe phaser beams are designed to make enemy space ships shake to pieces if their structural integrity fields are not strong enough.

Not the answer you're looking for? Browse other questions tagged star-trek spaceship technology or ask your own question.

11
What is the 'Structural Integrity Field' made of?