Why does the Alien burst through the chest?

In the ultra (in?)famous ChestBurster scene we were introduced to the monstrous Xenomorph. But why the chest?

Why didn't the alien simply claw up through the esophagus?
It would have been far easier than breaking through the breast-bone.

A out-universe answer will suffice provided it's sourced from production or direction, or special effects etc.

It's a primal creature whose has just emerged to life inside a hosting body. It hasn't any anatomy knowledge about the host, nor can sense if there's any "easy" path to outside. In fact, Aliens parasite a lot of different life forms, as we've seen during the saga and in other canon parts, so there isn't any type of genetic memory about the correct pathway to emerge from host body.

So... what a creature like that will do when waking to life inside a squeashy unknown environment? Just burst outside through the first direction it feels, as it's enough strong and capable to easily tear flesh and bone.

The fact that movies and comics depicts always the little monsters bursting out of the chest is merely dramatic, as they would probably emerge by any direction.

To me it looks like it actaully passes through a spot right beneath the rib-cage and not through the bone. Also he still breathes later in the video which means his lungs didn´t collapse which in turn supports that it in fact didnt destroy the rib-cage.

Also another point, you cant see any bones, if they would get broken from the inside you should be able to see them.

It's the most direct route to freedom

While climbing up the oesophagus would make more sense, there are a few things to consider that make bursting through the chest a better option.

Chestbursters grow incredibly quickly, and can vary in shape and size. They could very well not fit in a human throat, and then have to claw their way out if they get stuck, making the whole exercise a waste of time:

Growth of the Chestburster is rapid; the creature's signature inner jaw is known to form within an hour of implantation

They soften up the chest cavity before bursting through (what a gross sentence), so it's not an especially hard task:

When fully developed, the Chestburster releases enzymes that soften the bone and surrounding tissues of the host's chest cavity to facilitate its egress, before finally forcing its way through the sternum.

But of course, there's always the non-canon Facebursters from Alien 2: On Earth

From a practical/evolutionary survival perspective:

From the symbolic process perspective:

Because it graphically reinforces the process of occult self-annihilation in the context of the birth of emergent cultural abomination. (Occult simply means that which is hidden (cult) from sight (ocular))

The process is symbolically illustrated throughout the series. Observe that, in the original Alien, on the self-destruct panel of the Nostromo is a "Padme" button.

Padme is Sanskrit for the lotus flower. The lotus flower symbolizes the promise of enlightenment in Eastern ideologies - for example:

"In Hinduism, the lotus flower is very significant as it relates to the sacred Padma lotus, and is associated with numerous gods, including Vishnu, Lakshmi and Brahma. In many ancient works of art, the gods are depicted with lotus flowers as they represent purity and divinity"
https://www.onetribeapparel.com/blogs/pai/meaning-of-lotus-flower

The obvious In-universe parallel to the Padma Lotus is the tempting, but deadly face-hugger-spewing, egg.

There was never any guarantee (aside from monetary inducements) that the actual state of existence confired upon the "enlightened" would be healthy for the confirmant crew of the Nostromo, deep in the heart of darkness... of Space; and that fact is borne out by the consummate fate of first the infected captain, and then his entire crew, each cocooned into their own temporal hells - including Ripley who ultimately plunged into the furnace in Alien3.

As Mother revealed -- the crew was always expendable in the context of the Corporation's secret desire to achieve its collective, self-worshiping, goal.

Observe Ash's quaint confession and how, although the Weyland-Yutani Military Industrial corporate mind knew the likely outcome - at best it didn't care, and at worst they derived a sadistic pleasure from the inhumane demise of the expendable, inferior, livestock within their purview.

And the more horrifically and paralytically shock-and-awe-inducing the emergent bio-weapon... the better!

The short answer is...

Because, after a succession of creatures that actually did emerge from the esophagus/mouth - bursting through the chest is how David, the proud papa of xenomorph1, evidently deliberately engineered his little emergent abominations to dramatically appear... standing victoriously over the faithful, but dead, "mother" host. 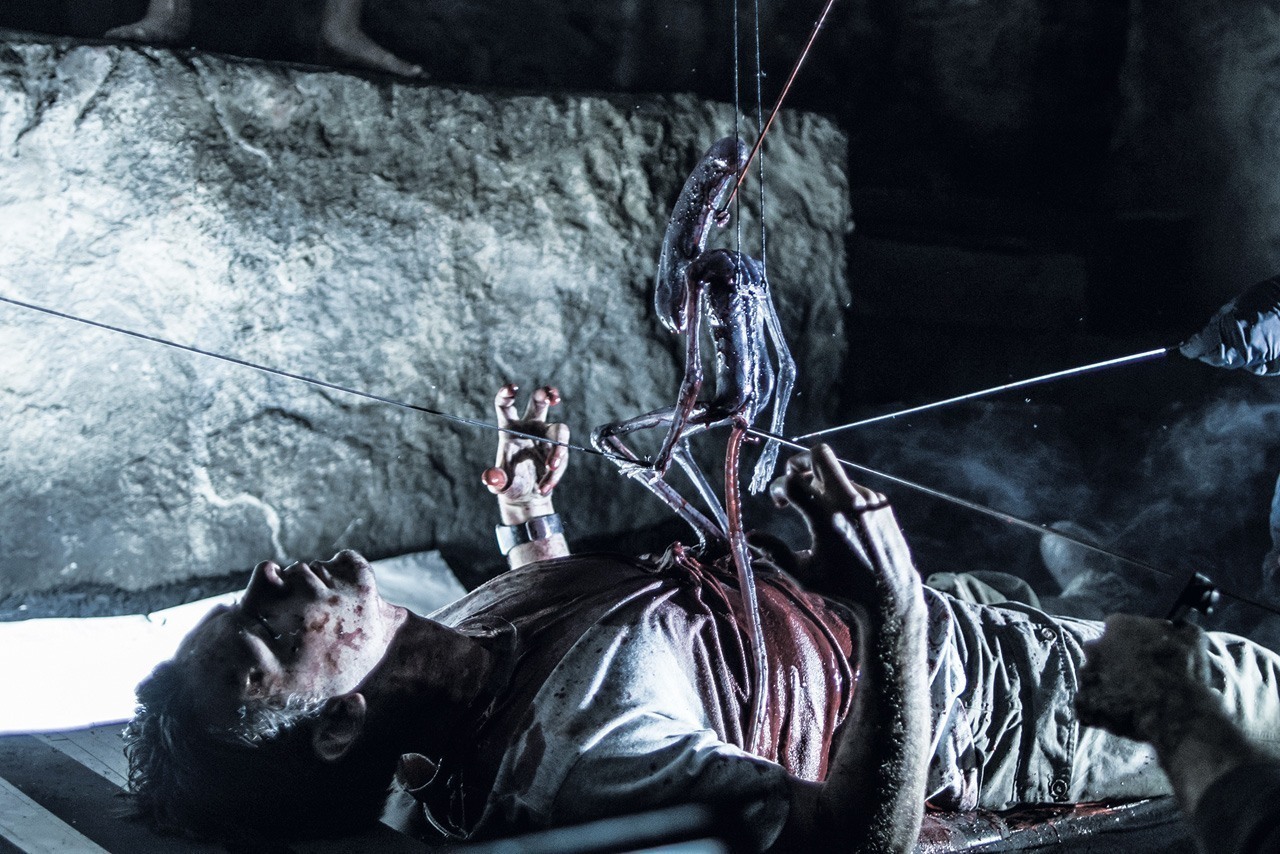 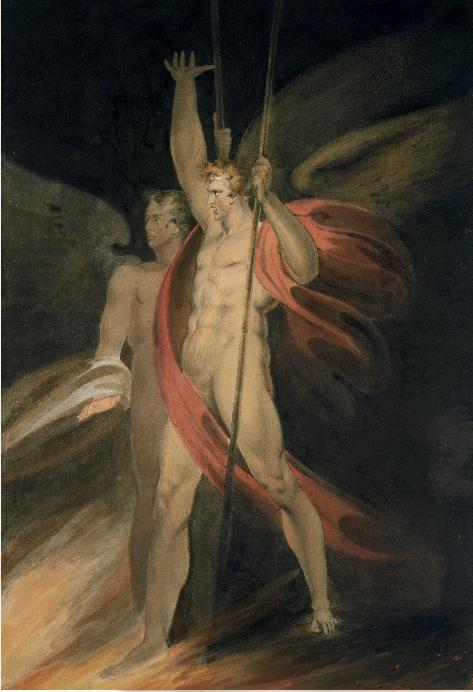 It is difficult to ascertain the exact size of a chestburster because it seems to change between different films, and maybe it grows to a certain size depending on the size of the host. In Alien 3, the "dog-alien" is shown in the alternate birth scene emerging from a cow and seems to be quite large.

That said, all chestbursters appear to be too large to easily escape back up the throat, where there would be a constriction in size of the passage near the larynx area. While the human throat is somewhat stretchy, the alien would probably find it easier to burst out of the voicebox area than wriggle up through that and come up against the hard bone of the skull palate and jawbone, especially if the host was clenching their jaw in pain. It might also be easier to exit the body just below the ribcage.

The chestburster looks as though it develops somewhere in the lower lungs or maybe the part of the oesophagus just above the stomach. I assume when the chestburster is ready to come out, its head is specifically designed in a sense like a fist to punch out through the ribcage (like some baby birds have an egg tooth to break open their egg shells). Since the xeno can infect different types of organisms, it's not necessarily adapted only to burst out of only a human chest... so perhaps the creature simply uses its tail and head to push in any direction hoping to punch through.

Xenos are apparently based at least in part on parasitic wasps' life cycles. The larvae of those can and will burst out of pretty much any part of the host that they can. In humans, the nearest/easiest part they could emerge from would be the lower chest, and not working their way through to either end of the alimentary canal.

14
What does the button "padme" do in Alien?

39
Who sent the distress signal in Alien?
48
Why doesn't the alien kill Ripley in the shuttle craft?
18
Why didn't the crew detect the Alien inside of Kane?
9
Is the cat (Jones) in Alien immortal?
19
Why did the Science Officer not get chosen for the mission to the alien spacecraft?
27
Why did the crew of Nostromo not seem too surprised by new Alien life?
39
Does Alien actually pass the Bechdel test?
8
Why Are Synthetics in Alien So Advanced?
14
What does the button "padme" do in Alien?