Who is this Star Wars character?

I was searching for Star Wars artwork when I found this. Being minimalist artwork, it's hard to tell who some of the characters are since they lack detail. I've been able to guess most of the characters (but I could be wrong about some of them) but I have no idea who the middle one is. 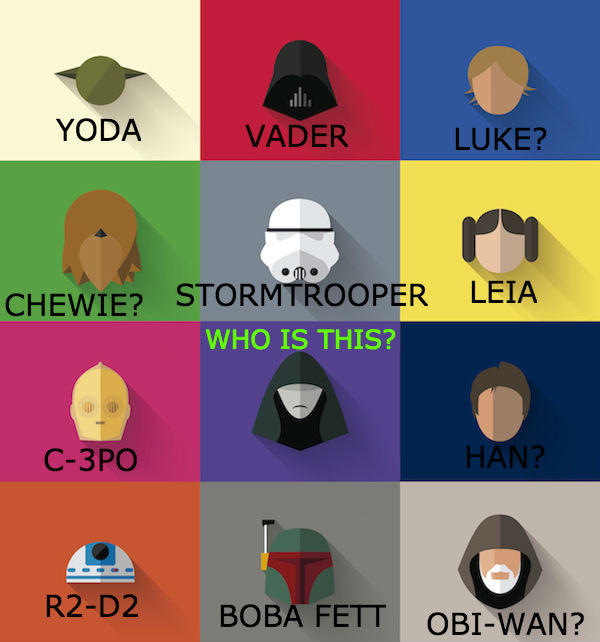 The middle character looks like the Inquisitor from Star Wars: Rebels

Or it could be a Death Star Trooper

All of them look right to me.

The one you can't identify is... 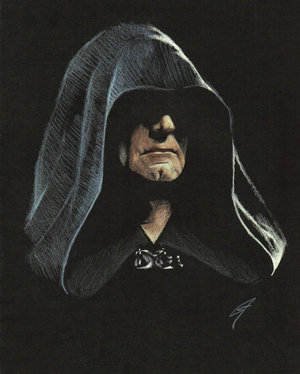 To supplement N Soong's answer, some arguments in favor of it being Palpatine:

Taken together, it is clear that the only character who would be a logical choice, and who actually looks like this picture, is Palpatine.

Not the answer you're looking for? Browse other questions tagged star-wars character-identification or ask your own question.

9
What are the connections between Hamilton's Star Kings and “Star Wars”?
5
Is Darth Vader Going to Appear in the Upcoming Star Wars Rebels Series?
12
How are Star Wars blasters properly reloaded/charged/etc.?
48
Where in the Star Wars original trilogy does this translucent green orb in a circular dish appear?
11
Are these two women existing Star Trek characters?
122
Was any character alive during all of the Star Wars episodes from I to VII?
7
Can these Star Wars characters as emojis be identified?
12
Who is the mystery Star Wars character on my wall?
1
Who scored the opening Star Wars fanfare for Disney+?