Kara Danvers/Supergirl lives in National City, which appears to be at least a moderately large city, though smaller than Metropolis.

We know from various episodes that 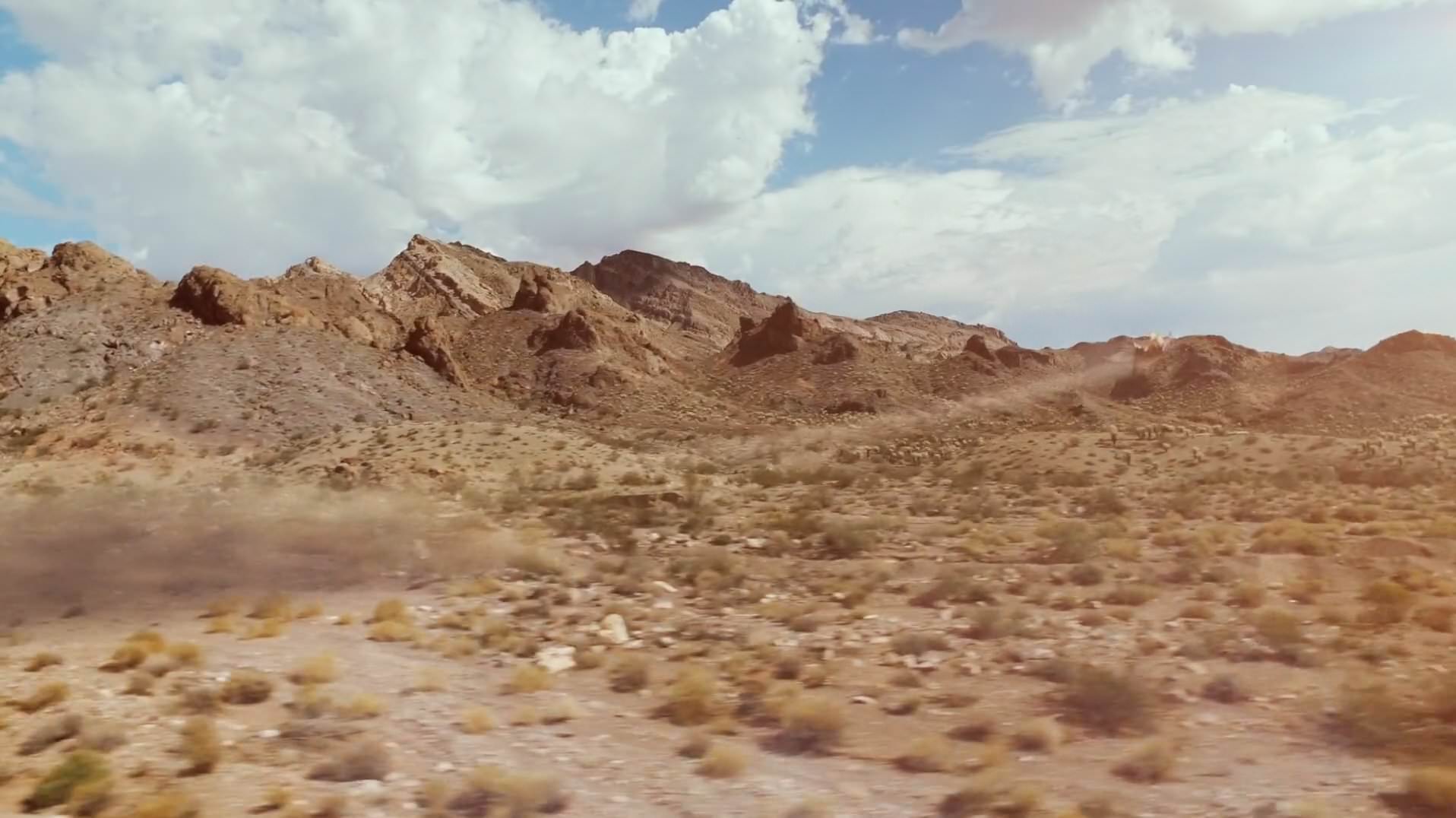 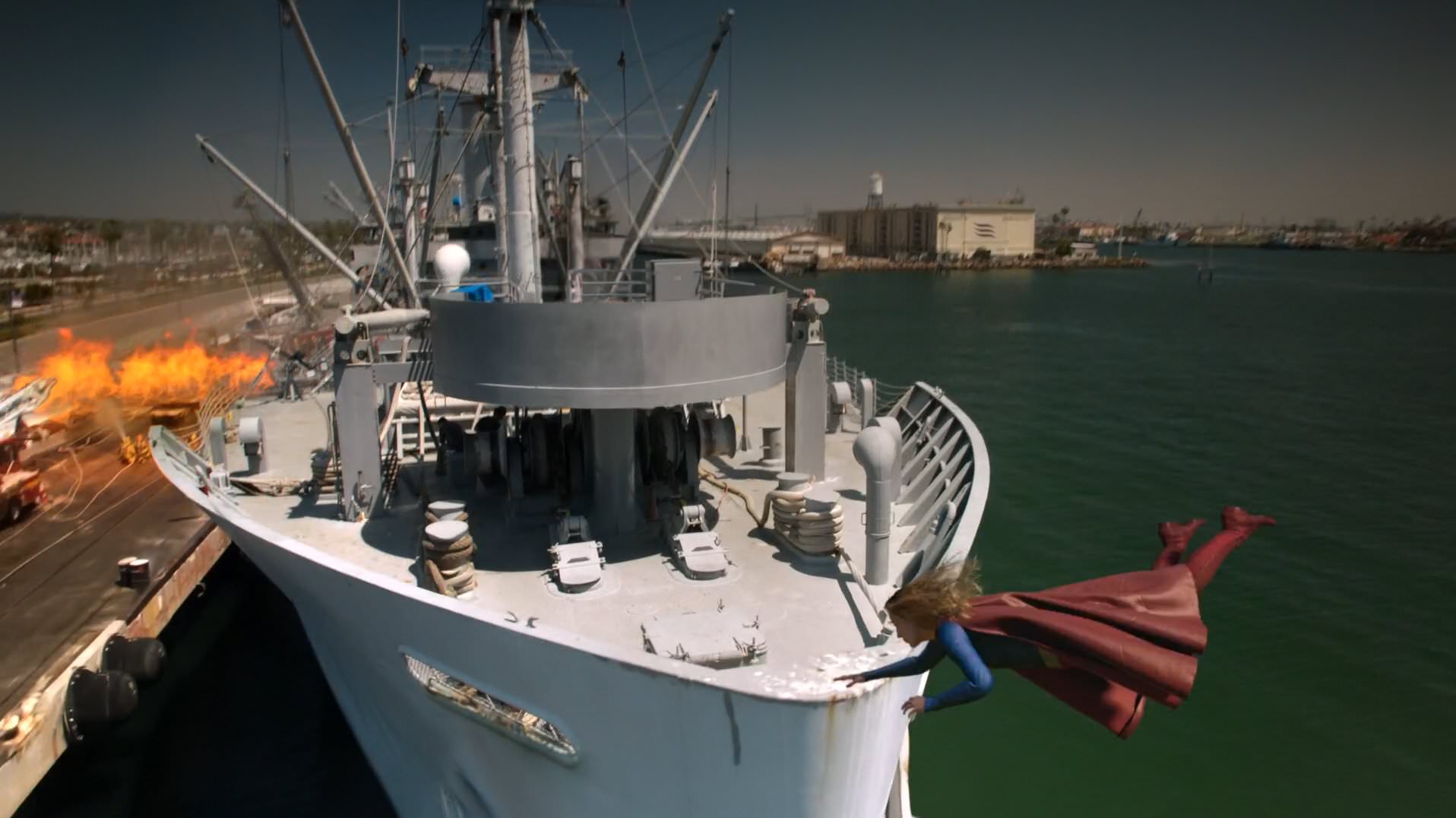 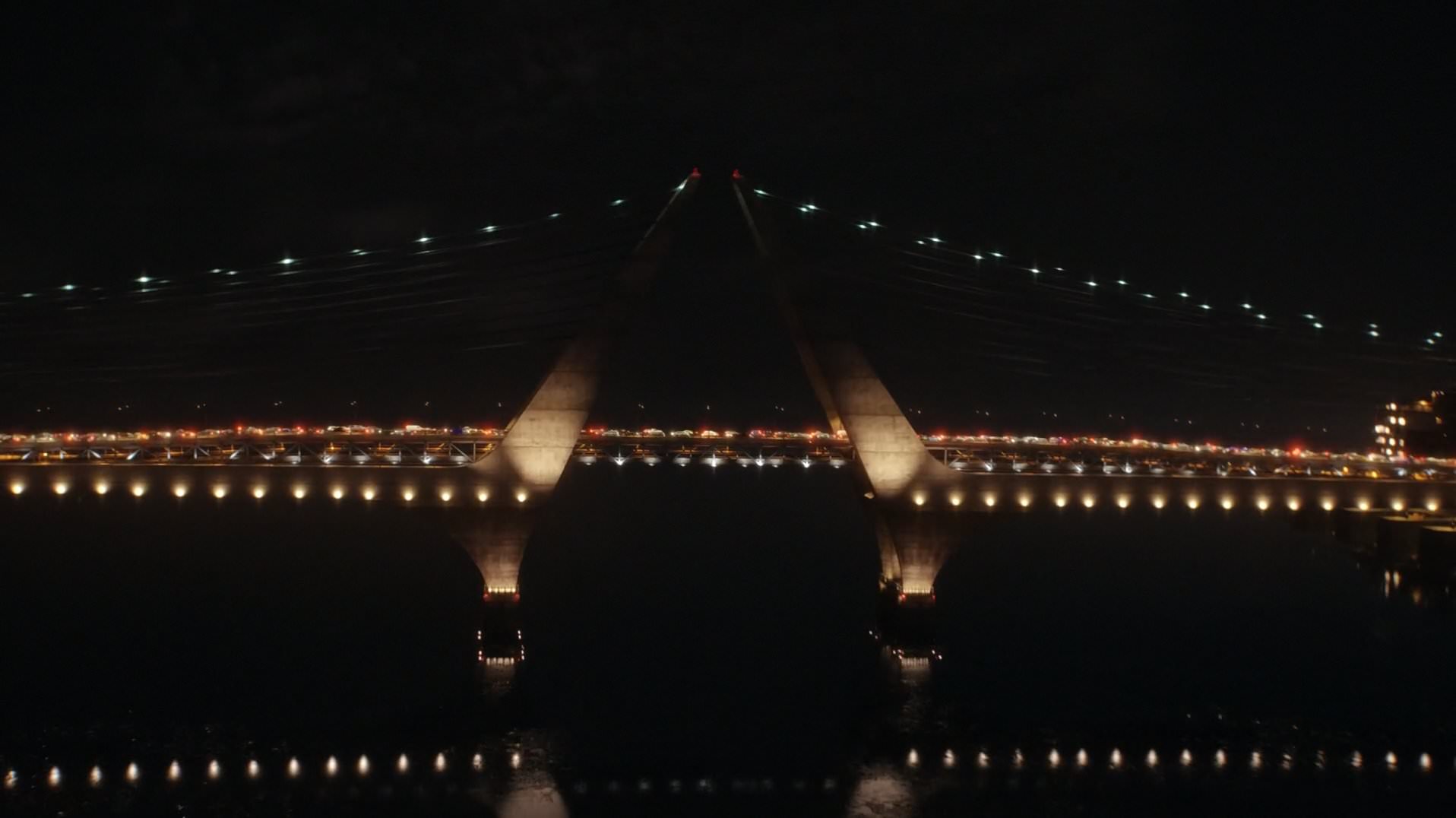 National City, in the TV show, is located somewhere on the west coast of the United States. Most likely, it's located in southern California, just south of the Sierra Nevada mountains.

As you mentioned, there are only a couple of things we know for sure about National City. Three of those things can help us locate it:

Cat: Mother, that is at least two hours away, we're going to have to leave right now.

Fortunately, This last one really helps pin down a lot. Since Montecito is in Southern California, we know National City has to be in the same area. A ballpark estimate would put it within a 120 mile radius of Montecito. If we further restrict ourselves to the coastline, that puts it on the coast, somewhere north of San Diego but south of Los Angeles.

The bottom end of Death Valley would be almost due north of that point on the coast. And being on the coast likely means lots of bays or barrier islands where that bridge would be needed. So, all of the pieces seem to fit a city located somewhere on the southern CA coast between LA and San Diego.

Since it takes around 2 hours to Ojai or Montecito in the show, and all the rest (giant bridge and bay allowing big ships), San Diego is the only place which satisfies all of these criteria in real life. Plus, National City is, as already mentioned, part of San Diego in real life as well, just a few miles south of downtown. So National City is a mix of Los Angeles (since it is filmed there and San Diego doesn't have the size or importance that L.A has), and San Diego, since it is located there geographically, i.e. no other place is two hours from Montecito and Ojai, with a deep bay and giant bridge.

I would suggest that National City is located just south of Los Angeles, nearby or as a stand in for Dana Point/San Clemente. Much like Gotham and Metropolis are south of New York, located in New Jersey and Delaware, respectively, but located where no large cities are in the real world. National City would be near, but not part of Los Angeles; close enough for Cat Grant to get to Hollywood parties, but far enough that she can be the biggest queen bee in the city, which she would not likely be in L.A. This also allows the DEO's desert headquarters to be out somewhere between Lake Elsinore and Canyon Lake, about an hour's drive east along route 74 (Ortega Hwy), over the hills into the desert.

There is a National City just south of San Diego on the interstate 5, it is located between San Diego and Chula Vista. Its western edge borders the San Diego Bay, which has a bridge that connects the Coronado Island to San Diego mainland. The bridge is about 3 miles south of the San Diego international airport, and Imperial Valley (a desert climate) is just east of the Laguna mountains (the mountain range just east of San Diego).

National City is LA, a few hours from Ojai and Montecito it also has a large port and bridge also Long Beach (w/in LA) has a huge bridge as well and a very large port. San Diego is pretty far from both Ojai and Montecito, most of their residents vacation a bit closer to that location. Also the personal style of Cat is VERY LA.

In the original DC comics, all of these locations were allegorical stand-ins.

Gotham and Metropolis were supposed to stand-ins for New York (Metropolis, the sort of uptown, Gotham the older, grittier, more corrupt downtown). Smallville is supposed to be a podunk town in Kansas. National City, I initially thought of as a stand as a substitute for Chicago, given that there were several Chicago world's fairs, where a lot of new stuff came out.

It is geographically San Diego, but kind of a stand in for either Chicago or Los Angeles in terms of the general feel of the town (both cities have a lot of trade influence, whereas I get the impression San Diego is super into the Mexican American culture far more than being an international city). We haven't had a whole lot of Mexican American stuff brought up, but definitely get the sense of an (inter)national city.

And yes, there is a National City, CA.

When I first started watching the series I was taken aback because I live in National City. I have lived here for 4 years, but it is nothing like the National City of Supergirl.

I agree that it is more like Chicago or Los Angeles, but don't forget about Central City, which is also like Los Angeles. If we were to narrow it down, I feel it is more plausible that National City is a surrogate for Chicago, Illinois, but on the west coast given that it has a port.

In Season 1 Episode 19, “Myriad” we see National City labeled on a map on a news broadcast. It appears to be near the West coast of the United States hugging the border between California and Oregon. 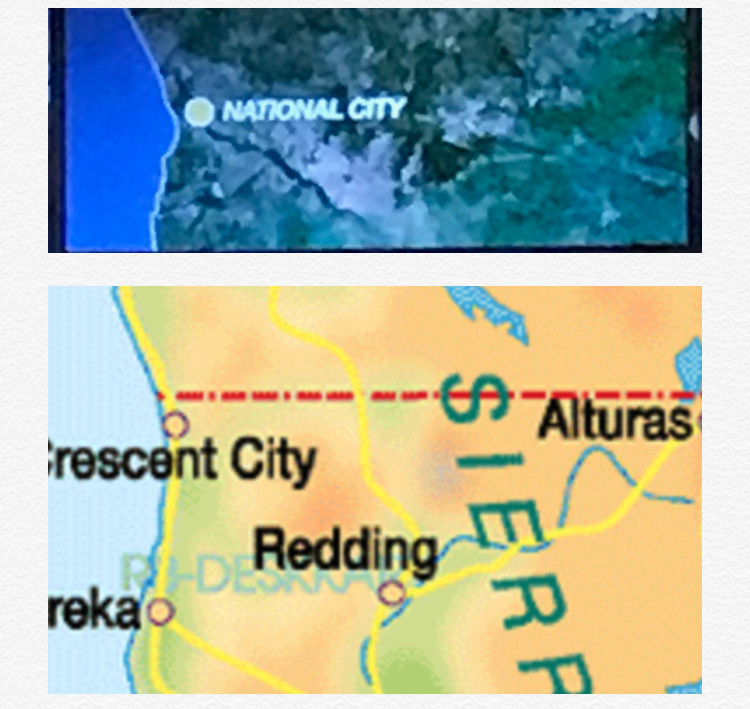 But then in season 1 episode 20, we learn that Nevada is to the northeast of the DEO. So I’d say they’re inconsistent.

Nah, National City is a stand-in for LA because of the reasons stated above, and it makes sense bc Cat Grant in her celebrity is very LA. Central City is Chicago bc there's a skytrain.

In one scene Supergirl flies around a high building. I'm not sure what its name is but I know it's located in Los Angeles. In other scenes you can see other buildings from Los Angeles, too.

In season 3 episode 22, we learn that National City and Magadascar are almost antipodal. With this tool we can see that the antipode of Madagascar is in the Pacific Ocean between Mexico and Hawaii.