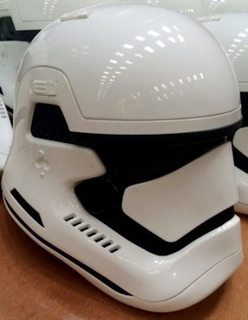 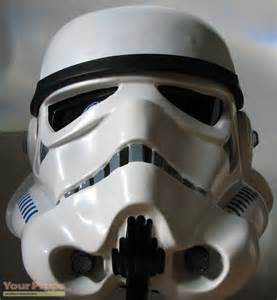 (I'm thinking the newer ones might have a built-in sight, but I may be wrong.)

I'm using this two wooekipedia articles to make a comparison, they are based mostly on the visual guides.

The first order helmets are lighter but in exchange the lack the advanced imaging gear it's imperial predecessor had. The imperial helmet featured built-in filtration systems that extracted breathable atmosphere from polluted environments while the first order can't filter toxins.

The material is different since the new helmet and armor are made from betaplast instead of plastoid. How the two materials compare is yet to be fully known but we do know that:

Not the answer you're looking for? Browse other questions tagged star-wars the-force-awakens technology stormtroopers or ask your own question.

16
Are old order stormtrooper helmets more sight restrictive than clone helmets?
21
How did the First Order build Starkiller base so quickly?
18
What celebrity cameos were in The Force Awakens?
6
Which scenes from The Force Awakens trailers didn't make it into the film?
10
Why did the stormtrooper helmets change from the t-visor to the curved eye-sockets?
8
Is the command chain of the Imperial military in Star Wars ever detailed in canon?
5
Does the New Republic employ stormtroopers or other Imperial weapons?
11
What is the technical name of the conical totem lanterns scattered in the Tuanul village field?
24
Are there any occurrences of a Stormtrooper betraying the Empire?