Why was the Superman's symbol an *English* letter "S"?

As far as I recall, Superman's logo (Letter "S") originated from Krypton (at least in "Lois & Clark: The New Adventures of Superman" TV series), from the space capsule that delivered the baby Superman to Earth.

According to the Superman Homepage, depending on the era, the writer, and the medium:

All that being said, I have no idea how they are going to change it in the new continuity.

There are two explanations for this: 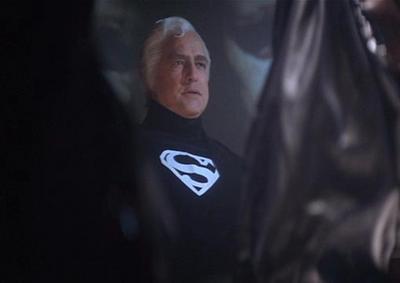 In this shot, we can see a number of council members, each with a different symbol on their robe.

This indicates that it is some kind of symbol for their lineage or house or the district they represent. This would indicate that, just by coincidence, the symbol that represents Jor-El (or his lineage or district or whatever) looks like an "S." (One could also reason that the resemblance to an "S" was part of what made people think if calling him a name that started with that letter.)

So either the "S" is because the outfit was made by Martha Kent, with purely Terran language and images in mind, or the symbol harkens back to representing Jor-El on Krypton and just happens to look like an "S."

Its a family crest representing a serpent. In the 2008 Kevin Anderson novel The Last Days of Krypton, the El family crest is suggested to symbolize the serpent of deception imprisoned in a diamond-hard crystal of truth.

In the 2013 film Man of Steel, the \S/ is described as the Kryptonian symbol for "hope."

Depending on who the story creators are, Superman's symbol has different meanings. The movies portray it as originating on Krypton. Hollywood movies have notorious occult symbolism and it has only become more obvious with each Superman film. In the 2013 Superman movie "Man Of Steel", the Kryptonian suit has a reptile like finish to it and the symbol is confirmed by Superman himself to not be the English letter "S" when he answers Lois Lane's question of "what's the S stand for?" with "it's not an S, on my world it means hope".

John Byrne's Superman reboot - Man of Steel back in 1986 tells the story of how clark having made his first public appearance (no suit) needed a disguise when he performed superman feats. In the newspaper story of Clark's first public appearance performing superhuman feats, Lois Lane had already given the name "superman" to him and so Clark, Martha and Joanathan Kent designed the S shield - simple - a stylized English letter "S" which stood for "Superman".

We have symbols in one alphabet that resemble a very different letter in the alphabet of another culture. (Think of all the ones that look like X or P.) Kal may change his logos as often as Batman and Diana but having an EL (hope) logo look like an Iroquois motif or an English 'S' is pure serendipity. (Remember that the first,adult Superman came here as a grown up and had shape-shifting skills rather like Icon or J'onn Jonnz.)

Originally, it wasn't from Krypton - it was just an "S" for Superman. In most current continuities, it's a Kryptonian symbol that just happens to look like an English letter "S". Others above have given far more detailed answers, but that's basically the jist of it.

The other answers have touched on the explanation fairly well: the symbol is generally supposed to be a Kryptonian glyph, which happens to bear a similarity to the letter "S" on Earth. In most retellings, the resemblance is a coincidence. (Oftentimes, the connection is actually reversed: in Man of Steel, the name "Superman" is inspired by the S shape, rather than him wearing an S to represent his name as in real life).

It's also worth noting that Supergirl in the New 52 got a costume redesign, and it included a differently-styled, somewhat more alien-looking "S" shape on her costume: 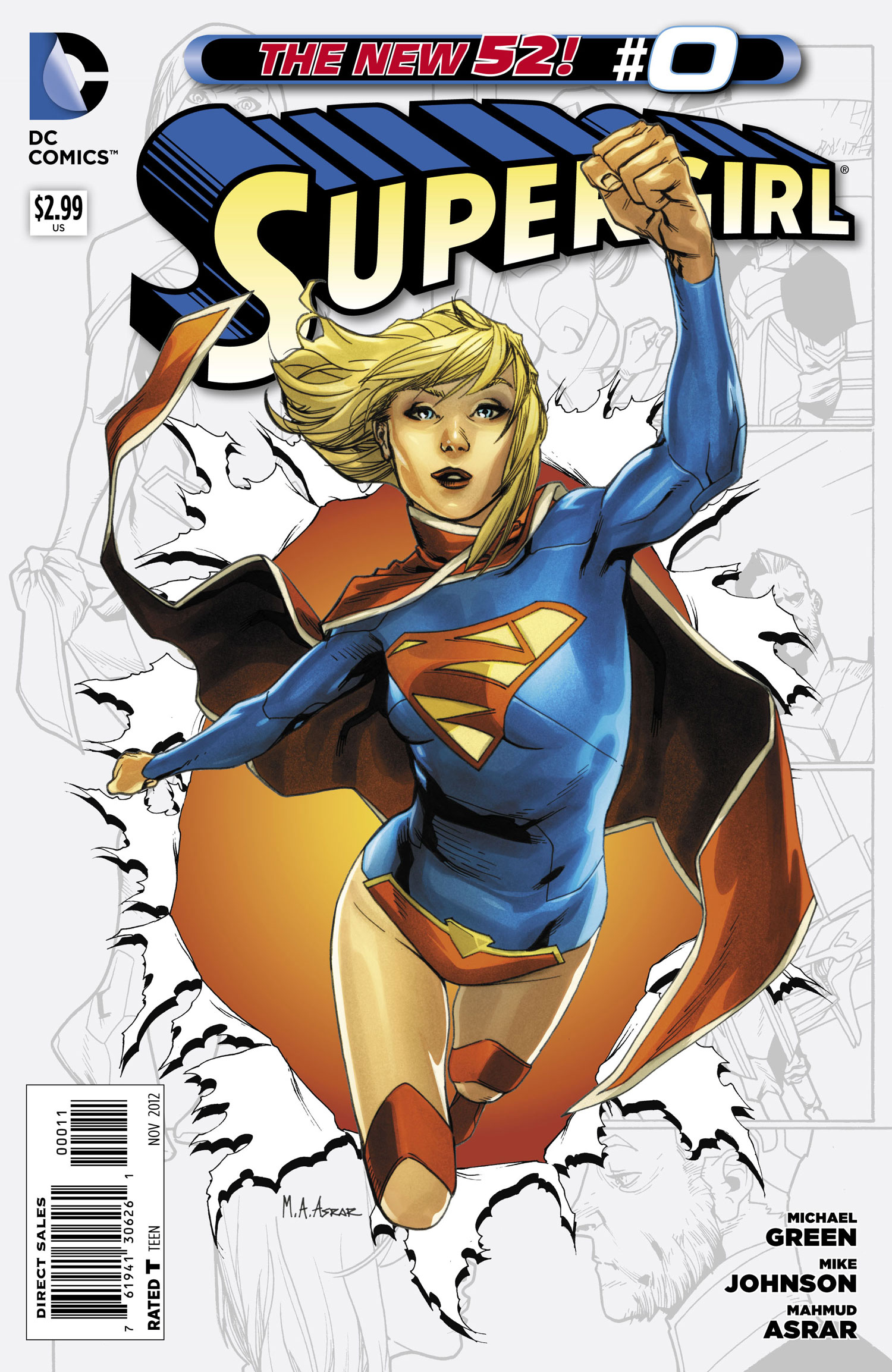 I'm not sure if it was ever explicitly stated, but it was always my assumption that this was the "true" Kryptonian glyph shape, and that Superman's "S" had been adapted from that shape to conform to his new, Earth-bound identity as Superman.

If you read the original comic Martha Kent unravels the blanket he was wrapped in and makes his costume. Clark saved his adopted father by stopping the truck from falling on him, when Clark was a baby. Martha put the S on his costume because they knew he was a super baby. The suit stretchs as Clark grew, so that is what the S stood for and where it came from, Martha did not know anything about where Clark came from at that time.

Not the answer you're looking for? Browse other questions tagged dc tv superman or ask your own question.

16
Why did Marlon Brando want the "S" to be the symbol of the "House of El"?
7
Is the Aquaman symbol an 'A'?
5
Are there official canon rules for DC comics superheroes, especially Superman?

4
When was Superman's first use of heat-vision?
6
Was Superman's landing in Smallville intentional according to canon?
15
When was the S emblem added to Superman's cape?
5
What does Superman's black symbol mean in "Kingdom Come"?
8
70s/80s SciFi film (or series episode?) where a spaceship has only one rescue capsule, so the crew members start killing each other
8
Even with his powers, doesn't Superman train and work out?