Is there evidence to suggest that Supreme Leader Snoke is Darth Plagueis?

In Episode III, Darth Sidious explains to Anakin the power of the Dark Side to save people from death. He mentions Darth Plagueis - the Sith who discovered this. Sidious then claims he died, which seems odd, given that kind of power.

Then in Episode VII (The Force Awakens) we find a Sith Lord who has appeared from no where. There seems to be two loose ends that fit nicely together.

My question is: Is there evidence to suggest that Supreme Leader Snoke is Darth Plagueis?

As of The Last Jedi release (12/2017), there was almost[1] NO additional canon information that clarified who or what Snoke was. We see a better image of him in Episode VIII, we see details of his fashion sense, but that's about it - presumably, on purpose by Story group.

As the intended assumption is that he's now dead by the "hand" of Kylo Ren, chances are we wouldn't be finding those details out anyway. Let The Past Die.

[1] - except for a vague thing about Sages of Dwartii and obsidian ring from Mustafar, from Visual Dictionary. And an even vague maybe possible visual similarity between his face and outline of Prime Jedi in Visual Dictionary.

Although there was much speculation about who Snoke might turn out to be (one popular theory was that he’d turn out to be a Sith Lord known from the prequels as Darth Plagueis) he actually turns out to be … just Snoke.

Serkis said the character was aware of the events from the earlier films but was a new addition to the storyline.

Of course, he may have been mis-informed himself (ala secrets in production of OT), or misinterpreting something, or intentionally hiding the truth for Disney; so until we have independent iron-clad confirmation, this is convincing but not conclusive evidence.

Yes, there's some scant evidence. Frankly, I think the theory is false because Kylo Ren isn't a Sith (as per J.J. Abrams interview).

There's a VERY good article here: http://newmediarockstars.com/2015/12/snoke-darth-plagueis-star-wars-force-awakens/ - which lists a lot of evidence both for and against the theory.

The evidence against contains statements from J.J. Abrams, Pablo Hidalgo and Lawrence Kasdan. Oh, and George Lucas's statement that "Chosen one bringing Balance to the Force" means that Anakin got rid of all Sith :)

The evidence for is based on the facts that:

Here is some additional evidence, which I haven't already seen discussed anywhere.

If you listen to the Force Awakens soundtrack song titled "Snoke" and listen to the Revenge of Sith song titled "Palpatine's Teachings" (when Palpatine teaches Anakin about Plagueis), you will find that they are too similar to be a coincidence.

I haven't read the Darth Plagueis novel, and it is only a Star Wars "Legend", but the front cover shows Palpatine kneeling before a gigantic Plagueis, just like in the new movie. 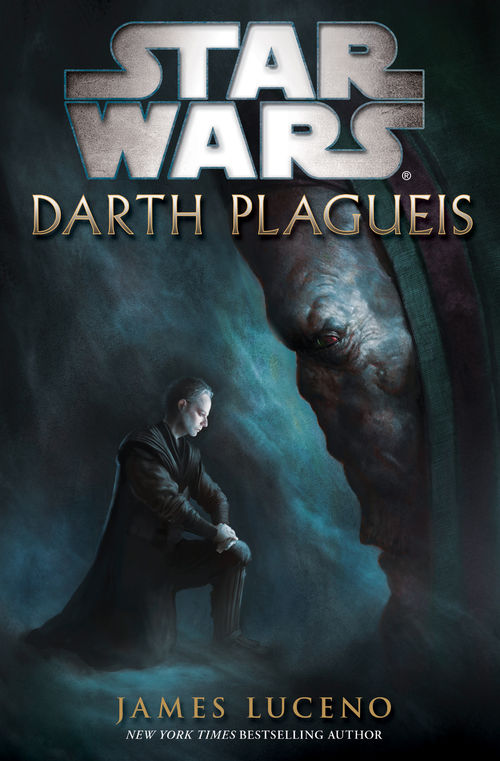 Snoke seems to be missing his lower jaw, which is similar to an injury Darth Plagueis received years before the Phantom Menace when he was training Palpatine. There is no evidence that directly proves or disproves that Snoke is Plagueis, but it certainly seems like the route they're going on.

Plagueis preferred working behind the scenes, so it would be within his character to make Palpatine think that he killed his master while just waiting for the right time to come out of the shadows. Episode VII doesn't do anything to explain this, but I'm sincerely hoping that this is what they plan on doing in future instalments.

The actor, Andy Serkis, who plays Snoke states he is a entirely different, new character:

"...It is very much a newly - introduced character...He's aware of what's gone on, in the respect that he has been around and is aware of prior events. I think it'd be fair to say he is aware of the past to a great degree... Supreme Leader Snoke is quite an enigmatic character, and strangely vulnerable at the same time as being quite powerful. Obviously he has a huge agenda. He has suffered a lot of damage. As I said, there is a strange vulnerability to him, which belies his true agenda..."

From quora adding backstory to the reasoning behind the Snoke situation.

In Episode IX, we see Snoke was engineered in Palpatine's cloning facility. This used Plagueis' research.

Not the answer you're looking for? Browse other questions tagged star-wars the-force-awakens snoke or ask your own question.

6
Who is Snoke and how did he come to power?
1
Did darth plagueis ever make any appearances and if so how similar does he look to Snoke?
92
How was the Chosen One meant to bring balance to the Force?
55
Is Kylo Ren a Sith?
32
Did Sidious really kill Plagueis in his sleep?
5
Is there any evidence in The Force Awakens towards or against Jar-Jar being Snoke?
21
Is Snoke human?
14
Does Rey have the highest midi-chlorian count in the Star Wars universe?
9
In the new canon what do we actually know about Darth Plagueis?
16
What is J.J. Abrams opinion of fan theory of Jar Jar as the ultimate Sith Lord?
See more linked questions

71
Did Darth Sidious and Vader ever discover how to cheat death?
23
How tall is Supreme Leader Snoke?
8
Does the Resistance know that Supreme Leader Snoke exists?
10
When do a Jedi and a Sith become ready?
84
Why hasn't Anakin Skywalker's Force Ghost advised Kylo Ren?
22
How do we know that Darth Plagueis was Sidious' master?
3
How exactly is someone conceived by midichlorians
11
Is Snoke a part of Operation: Cinder?