So some years back I read a little of this science fiction book where this boy and space creature teams up. The creature, which if my memory serves me right looked like a dragon, could only survive if it's with a person as a tattoo on the host's body.

It was a really interesting read but I got busy and couldn't finish it. If anyone knows this series please help!

That is the Dragonback series by Timothy Zahn. The first book is called Dragon and Thief and here is an excerpt as per Goodreads.

Jack Morgan 13 has a dragon on his back - literally. The warrior K'da species are symbiotes, can only live six hours without their humanoid host. Draycos 30s is the sole survivor of the three ships destroyed scouting for their refugees, and Jack is the only possible choice. They may be an odd couple, but together they're more than the sum of their parts. They are destined to travel far and wide, facing many perils - human, alien, and other, as they seek justice and safety - Jack for himself, and Draycos for his people 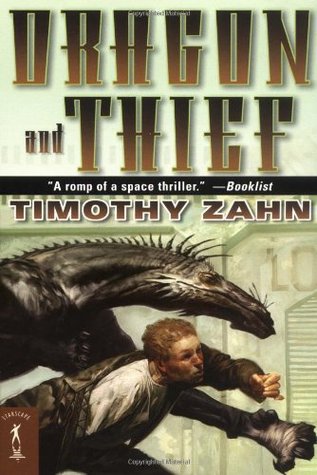 The excerpt for the next book Dragon and Soldier mentions the tattoo bit.

Jack Morgan 14 aka Montana enlists with youngest trainees for Whinyard's Edge mercenaries, hired by Parprin daublite mining colony humans from "Agrist claim-jumpers", who in turn employ Shamshir mercs. Honorable warrior-poet Draycos 30ish hides as 2D tattoo on Jack's back, and encourages noble values while their space-ship Uncle Virge continues the tradition of his late selfish Uncle Virgil, con artist. Recruit Alison is expert, already has militia experience - and secrets. Somehow, the duo must track down who attacked Draycos' scout ships before the refugee ships arrive to be ambushed.

76
Short story about Neurosurgeon uses nanobots to cure patients, 'reprograms' ex-wife to fall back in love with him
8
Space Shuttle related quote referring to a bird on the back of a giant bird
3
Searching for a book about an alien creature that can possess humans while leaving its body behind
8
Girl living in mountains befriends weird boy living in grasslands, discovers she's the weird one
5
Dragon-like creature trying to find another creature like itself
4
Book where a boy with tattoos is destined to defeat an evil demon
3
Juvenile novel where a new planet enters the solar system