Did Palpatine have contingency plans for the death of the Sith Order?

In new canon novels, it is shown that Palpatine has contingency plans in the event of his own premature death at the hands of his enemies. In the case of the Rebel Alliance it comes in the form of Operation Cinder:

It is intended to be issued in the event of the Emperor's death - Imperial forces are to use climate-control tech like satellites etc to render countless worlds, including Rebel-sympathetic ones like Naboo, permanently inhospitable in retaliation to the Rebels' murder of the Emperor.

It is known that Palpatine is disappointed with how Vader's half-machine transformation at the end of RotS has significantly diminished his potential in the Force and suitability to be his successor. It is certainly the reason why he pressed on with plans to turn Luke to the dark side by defeating and killing Vader: Luke is essentially the same as the good old Anakin that Palpatine had wanted - the perfect apprentice that Vader no longer is.

All in all, Palpatine feels Vader is not infallible and is eventually disposable. Considering he has some form of contingency for the Empire's future in the event of his own death, I don't see how having one for the Sith's future is not even more crucial, especially considering his impression of Vader, his immediate successor. So, does Palpatine have plans for the Sith Order's survival in the event of his own death, whether to Vader in accordance to the Rule of Two or otherwise, or of both Sith Lords' deaths as has happened at the end of RotJ?

In movie canon, we can't be sure yet - but signs certainly point to no.

We don't yet know if the First Order has any official connection to Sidious and his Empire (beyond inspirational connections), so we can't say for sure that they are not, in fact, a contingency plan in case the Empire fell.

Moreover, there are no overt hints of any confirmed sith throughout the movie -- and word of god was that Ren is not a Sith, though that can easily be changed by future writers or directors -- and it doesn't necessarily apply to his master, Snoke, as Ren is said to have not completed his training yet.

As current canon is all that is being asked for (by all means, add a Star Wars - Legends tag if you want more info on his plans in the EU), that is all that can currently be said. 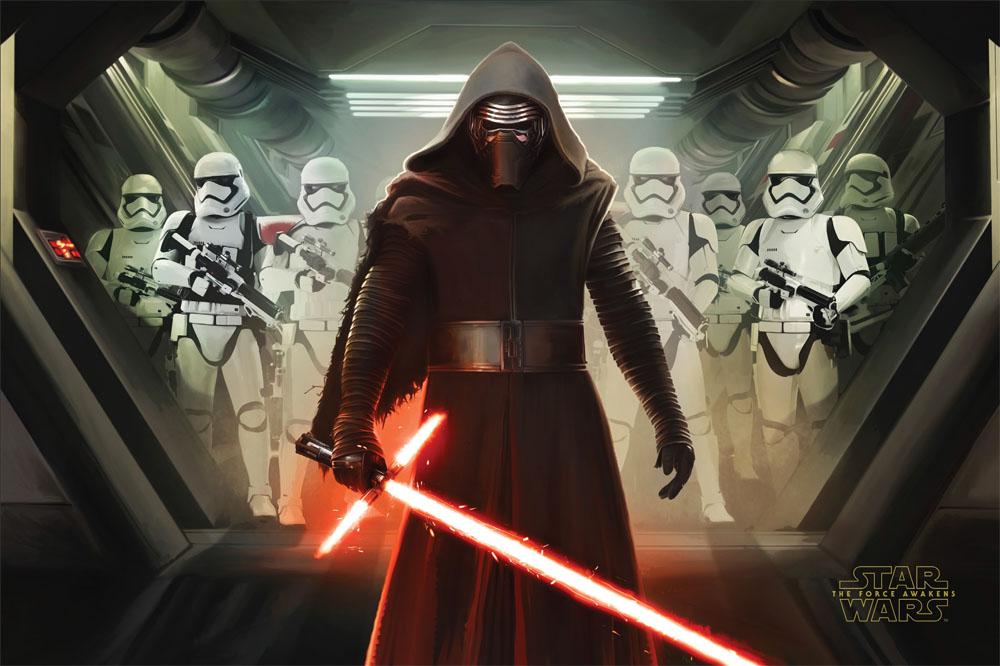 I have searched a variety of canon sources and Wookieepedia articles which might shed light on any contingency plans Palpatine may have had for the Sith Order. Palpatine does not seem to have had any contingency plans for the Sith Order upon his death, in large part because he was so confident that he would completely master the dark side of the Force and live forever.

Multiple sources attest to the fact that Palpatine thought his rule was secure and that he would gain immortality. For example:

But it was here that they would one day work together the way Sidious and Plagueis had to coax from the dark side its final secrets. In the intervening years he had actually come to appreciate Plagueis for the planner and prophet he had been. Such perilous machinations required two Sith, one to serve as bait for the dark side, the other to be the vessel. Success would grant them the power to harness the full powers of the dark side, and allow them to rule for ten thousand years.

One such attempt to gain immortality was Project Blackwing, which was a combination of Sith alchemy and science that ultimately failed and produced zombies instead. (In a sense, this could be considered a contingency plan to make sure the Sith Order would never be susceptible to the premature loss of its Master.)

Palpatine did know that Vader might one day challenge him and attempt to kill him. It would obviously be bad for Palpatine if Vader succeeded, but this is exactly what is supposed to happen under the Rule of Two:

Soon after destroying the Jedi, the Emperor had told Vader that he would one day be tempted to kill him. He’d said that the relationship between Sith apprentice and Master was symbiotic but in a delicate balance. An apprentice owed his Master loyalty. A Master owed his apprentice knowledge and must show only strength. But the obligations were reciprocal and contingent. Should either fail in his obligation, it was the duty of the other to destroy him.

Palpatine would require no contingency plan if Vader challenged and killed him because that's the natural succession from one Sith Master to the next: survival of the fittest.

The only reason Palpatine would require a contingency plan upon his death is if he was killed by someone other than his Sith apprentice. As previously mentioned, Palpatine was so confident that this wouldn't happen that he didn't really have such a plan. His confidence was warranted, too: almost no one knew he was a Sith Lord so no one would be prepared for a confrontation that had a reasonable chance to kill him. He rarely participated in battle once he became Emperor, so again he was in little danger.

The only reason Palpatine died at the Battle of Endor is that he deliberately used himself as bait to trap the Rebel fleet in a decisive battle (and either rid himself of the Jedi Luke, or gain Luke as a better Sith apprentice). Again, he was entirely confident that he would be victorious -- to the point that he was overconfident, as Luke observed:

Palpatine: I assure you we are quite safe from your friends here.

Luke: Your overconfidence is your weakness.

Palpatine had no contingency plans for the Sith Order upon his premature death because of his overconfidence in himself.

This leaves us to explain why Palpatine prepared for Operation: Cinder. As you correctly point out, the Sith Order is far more important to Palpatine than the Empire:

[Vader speaking] “For the Empire, Master.”

“The Empire?” Sidious repeated, miming surprise. “Since when do you put the needs of the Empire before our needs?”

So why would Palpatine have contingency plans for the Empire but not the Sith Order? There are several possible explanations:

(Out of universe, I think Disney screwed up and introduced a slight contradiction here. If Palpatine expected to live and rule forever and thus had no contingency plan for his beloved Sith Order, then I see no reason why he would care about a contingency plan for the Empire.)

1Arguing against this is the fact that Palpatine actually recorded a message to order the commencement of Operation: Cinder -- if Palpatine intended it to simply be a threat that he never planned to carry out, he went through a lot of trouble to prepare for actually executing the operation. Also, it's not clear that Operation: Cinder was publicized before Palpatine's death; if that's the case, then to paraphrase Dr. Strangelove: the whole point of Operation: Cinder is lost, if you keep it a secret!

It may be that, in the light of the fact that he had effectively destroyed the Jedi Order he felt that the rule of two was now redundant and that he kept Vader as his apprentice precisely because he wasn't strong enough to oppose him, while still being useful in rooting out any remaining Jedi. Indeed it would be a safe assumption that any active Jedi would go after Vader first, thus exposing themselves. Certainly when Luke confronts Vader and the Emperor he seems perfectly happy to encourage them to kill each other but whether he really wanted Luke as his apprentice or just wanted them both dead isn't clear. It could be that he felt that Vader had outlived his usefulness and perhaps even sensed on some level that he had not fully embraced the dark side.

Similarly, having gained absolute power, his long term plan may have been to ensure that he was the only trained force user in the Galaxy.

From a Dark Side perspective this makes a certain amount of sense. You can understand that, while in exile, Sith Lords may have grudgingly accepted an apprentice to continue the Sith line out of spite against the Jedi but having actually achieved galactic power and exterminated the Jedi it not longer makes sense for a Sith Lord to be training a potential rival.

There are also numerous references to Sith sites and artefacts, especially Sith Lord's tombs which have the potential to turn Jedi to the dark side so he may have considered these to be an adequate assurance of the Sith legacy without being a particular threat to his own power.

Not the answer you're looking for? Browse other questions tagged star-wars sith darth-sidious or ask your own question.

1
Did the Sith die out with Sidious' death?
28
Did Sidious not believe that Anakin would destroy the Sith and bring balance to the Force?

75
Why did Palpatine care about Anakin Skywalker in the Prequels given Palpatine's pretty good Force Vision?
13
Did Palpatine have long term plans for the future of the Sith Order?
18
Why did Vader and Maul abandon their name while the other Sith Lords in the Movie didn't?
24
How did Grand Moff Tarkin Feel About Darth Sidious?
19
Did the Rebellion know that the Emperor was the Sith Lord Darth Sidious?
27
Why didn't Vader Force Pull the Death Star plans into his hand on the Rebel flagship?
4
Would the Rebels have destroyed Death Star 2 if Palpatine hadn’t died?
8
Was Darth Vader technically the last Sith Master?
26
Did Darth Sidious ever intend for Darth Vader to kill him and take his place?
13
Was Palpatine always intended to return in Rise of Skywalker?