Any official evidence that Rey is based on early “Star Wars” concept art?

In The Force Awakens, it would seem a lot of the "new" designs for characters and objects are, in fact, highly informed by concept art that was generated during the early stages of development on the original Star Wars.

In particular, Rey seems to be very similar to the concept art produced by Ralph McQuarrie during a period of time when the character that would become Luke Skywalker was going to be female: 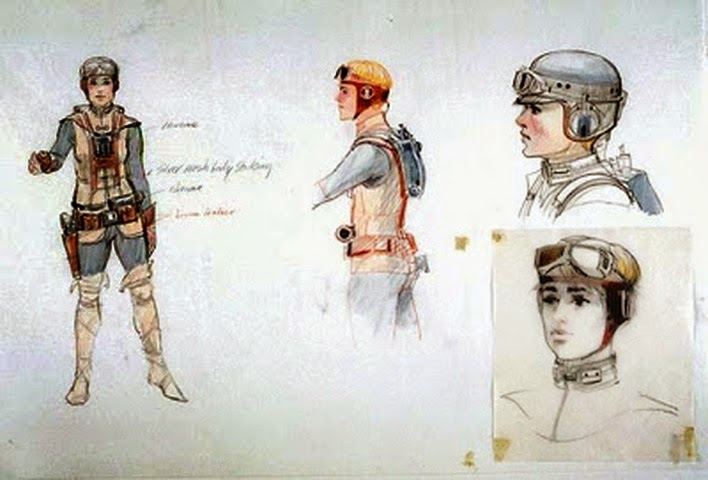 The article cited in the link above merely speculates that these designs were used to influence the character, but I'm looking for concrete evidence that the production team involved in designing The Force Awakens purposefully used McQuarrie designs, and the Female Luke design in particular, in their concept stage. Was this explicitly mentioned anywhere in any articles or interviews?

Based upon the information in The Art of The Force Awakens, I'm going to say "not likely".

The book makes it clear that a number of elements, particularly locations, were based on old art by Ralph McQuarrie, but his name is never mentioned in regards to Rey's designs in any way.

The only character designs mentioned that were influenced by McQuarrie's work are Lor San Tekka (his robes are influenced by a sketch of Boba Fett) and for a "Yoda like character" that existed in the earliest stages of the concept art phase (much of this was done before a script had even been turned in, and was just the artists kicking around ideas).

Glyn Dillon seems to have done a fair bit of work on Rey's (known as Kira during pre-production) costume designs. Dillon makes specific mention of the goggles, but does not mention McQuarrie:

The idea was that we wouldn't be able to see who Kira was; we wouldn't know if she were a man, a woman, an alien, or something else entirely. And I thought it would be great fun to have her fashion her own goggles out of scavenged stormtrooper lenses. (page 161)

If McQuarrie's old art was an influence, and it's definitely possible since the artists were combing through the archives, it was likely something subconscious amongst the artists.

Not the answer you're looking for? Browse other questions tagged star-wars the-force-awakens character-development or ask your own question.

6
What evidence is there that Han acts unusually remorseful towards Rey?
8
Which FX company or team created Maz Kanata?
25
Is there any evidence that Rey was imagining Luke's island?
5
Was “Star Wars: The Force Awakens - A Junior Novel” based on the film's script or the official novelisation?
11
Was the 'Official Novelisation' of Star Wars: The Force Awakens based purely on the (written) screenplay?
9
Are there any hyper-drive based Star Wars weapons?
7
Does BB-8 actually have an escape mode?
41
Were any Star Wars aliens based on national stereotypes?
3
Is Zam Wesell inspired by early Ralp McQuarrie Concept Art of Han Solo & Starkiller Hero?