I don't remember the author or title, but the story is set down south. One day there was a flood and a new woman showed up. She got involved with the matriarch's son. Turns out she is a creature that came with the flood and her enemies start to disappear. I hope this may sound familiar to someone. I read it in the late 80's, the cover had an eye on it with the town flooded in the background. There were at least 6 books in the series. Thanks

McDowell wrote a series called Blackwater that tells the story of a southern family's rise and fall, all due to a stranger who showed up in town one day.

Flood is in Alabama

When a deluge floods a small Alabama town, it leaves something more than river mud behind.....something unexpected.

The Flood is the first in a series of six books in Michael McDowell's BLACKWATER series. This was a fantastic start that had everything you could want to satisfy those that love Southern Gothic books, and leave you wanting to continue the series immediately. A strange woman, stranded by a flood, is rescued in town. What follows in this book is how she takes to life in town and sets about marrying into one of the richest, most influential families there. Elinor is a mysterious character that I can't help but like--both for what I've learned about her, and what I haven't yet.

Eye on the cover, flooded town 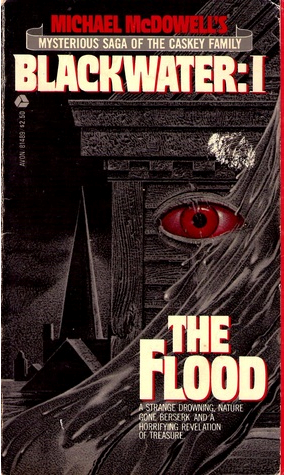 Six books in the series 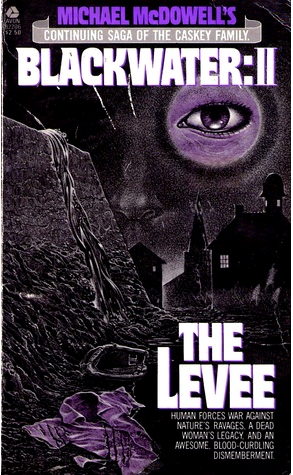 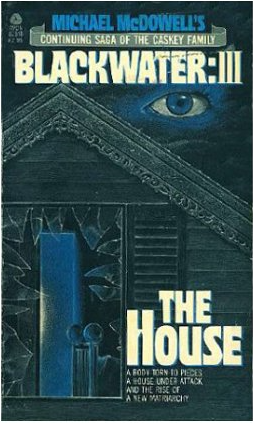 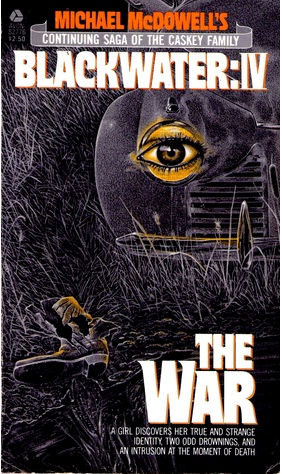 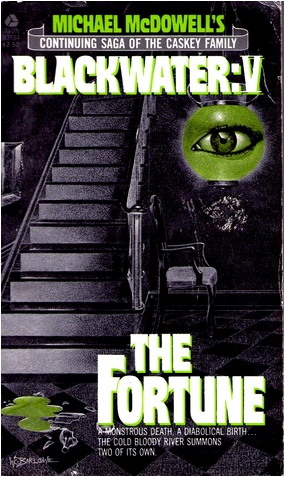 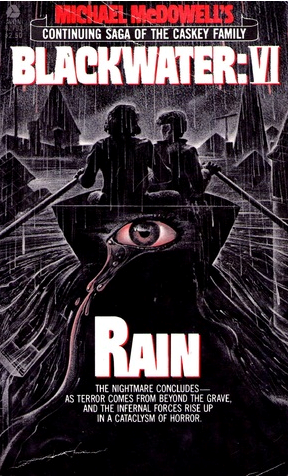 His final, unfinished novel "Candles Burning" was completed by novelist Tabitha King and published in 2006.

1
Identify Book with Intelligent Aquatic Creature over Yellow Hypnotic Swirl on Cover
7
Fantasy novel about a warrior woman with a golden hand?
29
Woman who discovers her beautiful lover is a surrogate body of a disfigured man
5
Mystery woman appears after flood, marries matriarch's son
8
Book about a woman meeting an alien prince, with whom she has a son who then has to escape aliens trying to kill him
8
Book: Girls at private school, poor girl “living” with aunt, dreams, school-trip to Russia, winter, train, horse-sled, old castle
9
Weird movie with winnebago-submarine thing surviving a global flood
4
Mid 80s movie about 3 mute aliens and telepathic woman
5
Science fiction trilogy: endless corridors, humor, speeding vehicles, assertive woman
8
Horror novel about an immortal snake-woman, feeds on blood and can take over human bodies