Book about a girl raised by a computer

I have been looking for years, on and off, for a book that I can only assume is Fantasy/SciFi.

The story starts out with a young girl in an empty facility with no other beings to interact with other then a computer system. You begin with her growing up and asking the computer questions and exploring the facility. Even in the book, the description is a bit vague about when and where this is, which is what drove me the most about what was going on.

Anyways, the girl goes through puberty and such, oh also, she is described as naked throughout the series, I don't recall why I remember that point, but I remember it was something to do with noticing her changes. Anyways, she starts to explore the empty facility and finds a door that the main systems tells her not to go through, something or the other. Well she finds a way and discovers a male about her age in that side of the facility.

I don't recall much of what happens next but I know that they spend time trying to understand what is going on in the facility and why they are similar but different. Well, thinking on it it sounds like a book about puberty in sexual urges in a sterile and innocent futuristic environment. I do remember the ending is them leaving the facility that they thought was maybe in space, but turns out they are on a planet.

I know I read this between 2003-2008, but is seemed a bit old when I grabbed it from my local library. It had a hard cover, was definitely over 200 pgs about an inch thick. I feel strongly about it being in the fantasy section of the library, was not in the young readers or teen reads. This was adult themed with some mild sexual interaction. (Them discovering what sex is and learning about who and what they are). I think the computer program was a colonization program that restarted and produced a male and female in hopes to restart the human race again. It purposely kept to two unaware of each other and of the outside would I think.

Well it's late at night here and I just wish I knew the name of that book. I still remember what it was like visualizing the world it was in. It was a good book. In effort to try and find it I always end up at dead ends or revisiting some books I have already read. This one means a lot to me though. If you know anything about this book or something similar please contact me. Anything would help and if you want me to clarify on something then let me know, I will do my best to remember.

This is similar to Alien Child

Note: This is not the answer, but it is sufficiently similar that someone using the same keywords might find it. I was therefore encouraged to post it. 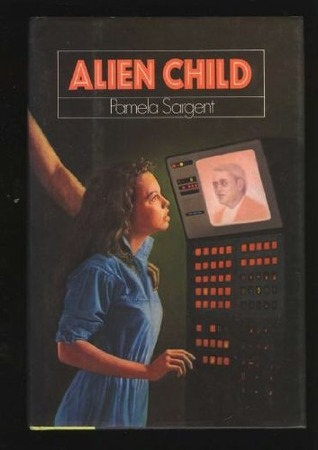 As indicated in the reviews, this features a

Unfortunately, it seems to diverge in other respects, such as the manner in which the girl finds the other human; the protagonist saw the other human on an intercom, not by wandering into a forbidden part of the facility.