Is The Force Awakens filmed in 3D, or post-processed?

I note that The Force Awakens is available in 3D or 2D. Was it filmed in 3D or is this a post-processed add on?

According to this ScreenCrush article from October 2015,

Star Wars: The Force Awakens, on the other hand, is available in post-converted 3D, with no 3D 70mm option (except for theaters equipped with IMAX with Laser, of which there are only 6 in the U.S.).

Essentially, the 3D is a post-processed add-on because of the choice to film parts of the film with IMAX cameras.

This article from SlashFilm.com confirms that

SW:TFA was shot in IMAX.

First we have the following picture from a tweet from Bad Robot: 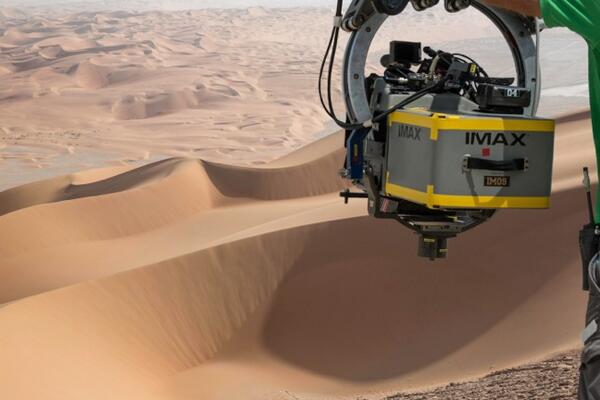 Then a quote from IMAX:

We emailed an IMAX rep, who said the following: “All we can say at this point is that we can confirm that JJ Abrams is using the IMAX camera for Star Wars: Episode VII.” They also confirmed it is shooting film. So while Abrams made a big deal of shooting Episode VII in 35mm, he’s going even bigger too: 70mm IMAX.