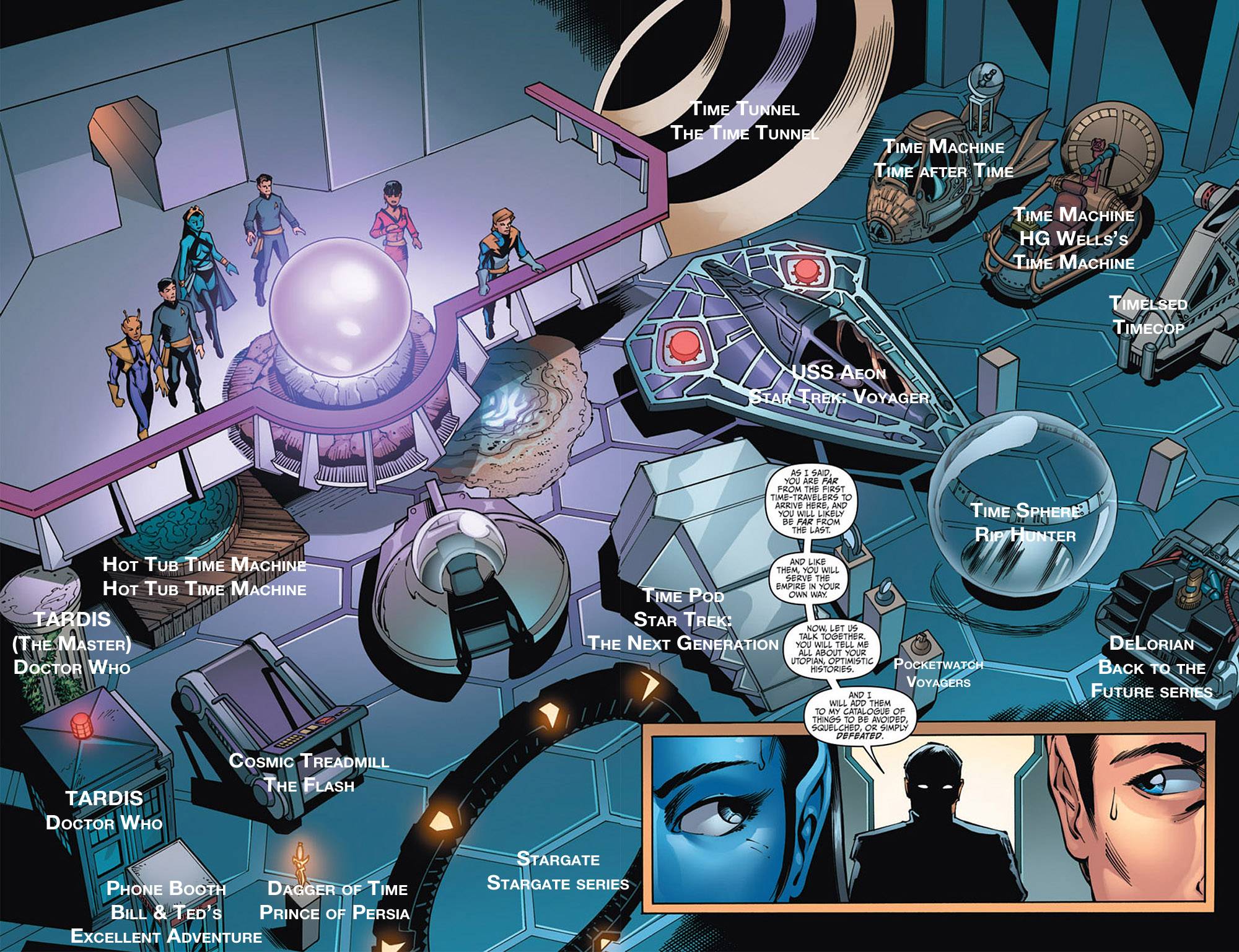 In a Star Trek and DC Comics crossover comic that came out today, there is this image featuring various time travel and dimensional travel devices from tons of different movies/tv shows/etc. My friends and I on another forum site are trying to name them all. This is the most recently-updated labeling we have done. We now know that the little space ship with the spherical cockpit is from a Star Trek episode. The purple sphere on the balcony is NOT one of the devices. The ones we are stuck on are: the two items on the pedestals next to the Pocketwatch, the ramp-like object next to the pedestals, and that muddy pool under the balcony. Can anyone help out?

UPDATE: The two items on the pedestals have been identified as "Atavachron and Data Disk" from an episode of the original Star Trek series. I mentioned the ramp-shaped Time Pod in error as it had already been identified. That just leaves the pesky mud puddle... ALso, does anyone think the two empty pedestals next to the Time Sphere have any significance? 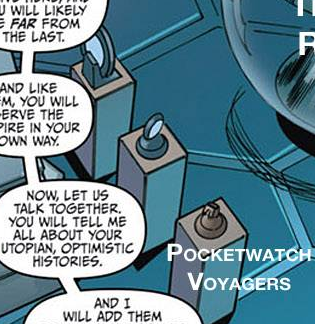 I've found an updated labelled image from 4Chan. As you can see, they're broadly in agreement on everything but the glowing puddle which they've labelled as a "Future DC Plot Device"

I asked Jeff Moy (the original comic-book artist for the picture above) for a Word of God answer regarding the puddle. It seems that it was originally going to be the Guardian of Forever's plinth until he ran into licensing issues.

"I originally had the Guardian of Forever in that spot, but was asked to remove it by IDW, because I guess Harlan Ellison would rise from his grave and throttle me"

"...to answer your question, the pool is just a pool. Maybe I was thinking it could be a pool from Ranma 1/2, but those usually just change the person and isn't a time portal..."

To explain the empty pillars they've added the 'Vortex manipulator' from the Doctor Who which they've labelled as "currently in use" (by River Song). 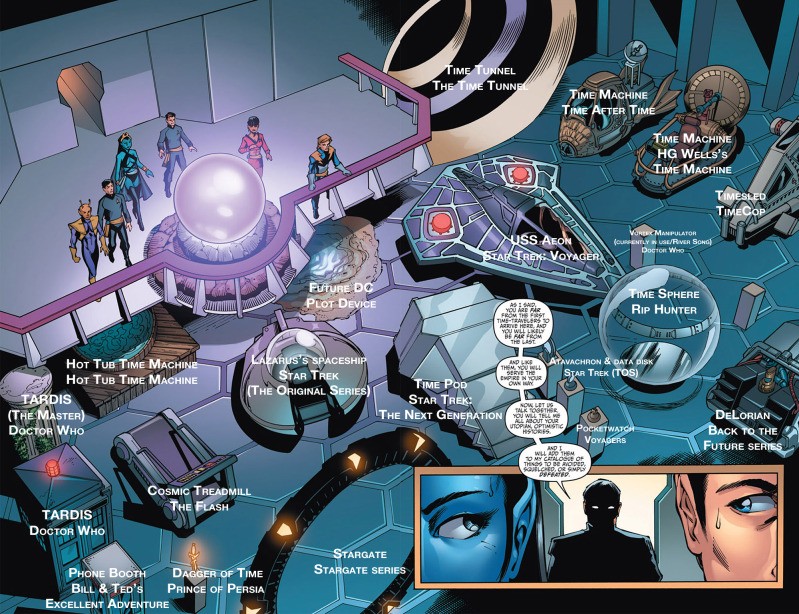 Note that the pool is missing from the original pencil sketch which has the "Guardian of Forever" in the same space; 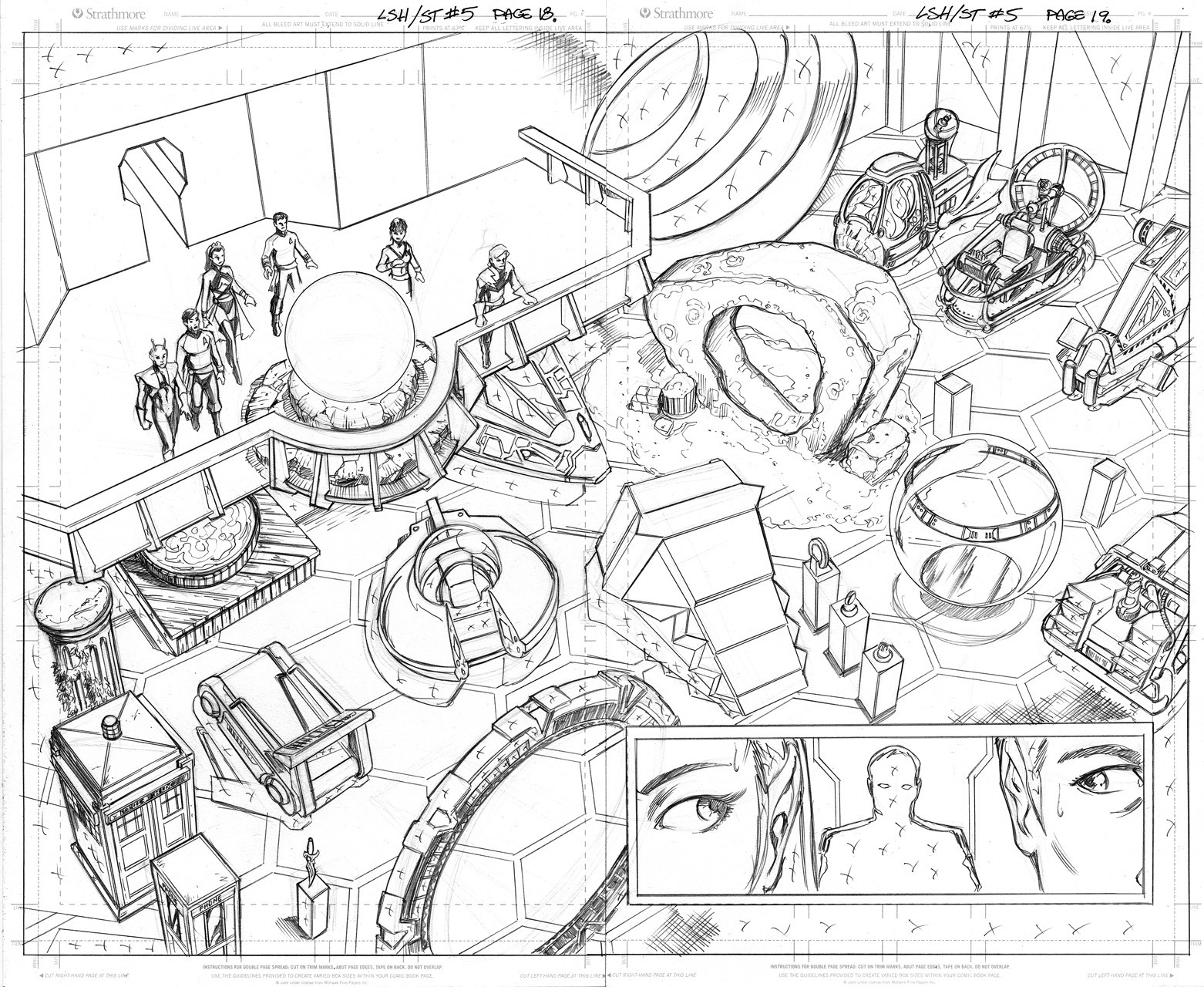 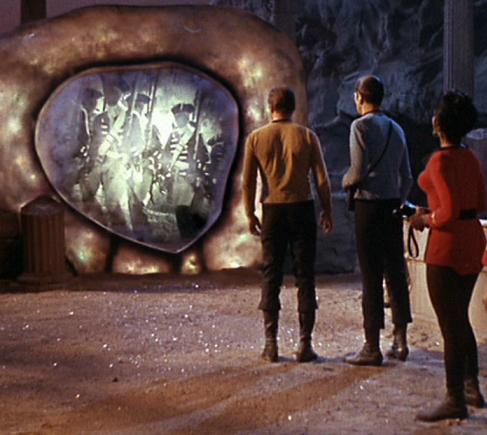 I think the 'glowing puddle' might be the pool from The Magician's Nephew.

It's pictured here on the dustcover of a reprint edition; 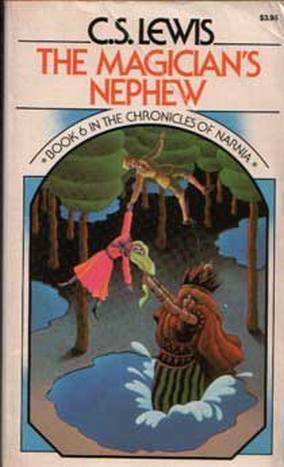 The orientation doesn't look right for the Guardian of Forever (the item looks horizontal and fairly two-dimensional.) Someone on another messageboard suggested it was the "heart of the island" from the TV show LOST, but it doesn't look quite right for that either, at least to me.

the time pool that the Atom (Ray Palmer) used to use sometimes ?

I think the Time Sphere you have is actually from the Terminator Films.

Not the answer you're looking for? Browse other questions tagged star-trek time-travel or ask your own question.

32
Shouldn't Anakin Have Been a Female?
22
What is the complete list of ships in the Futurama Mobius Dick graveyard for us die hard scifi fans?