Did Palpatine expect Darth Maul and the Trade Federation to be successful in the Phantom Menace?

I recently re-watched parts of the Phantom Menace and it doesn't seem clear to me whether or not Palpatine planned for the counter-insurgency to be successful on Naboo. Darth Maul's unsuccessful attempt to counter the Jedi on Naboo and elsewhere, allowed the Jedi to learn of the return of the Sith and to be alert for danger from them. 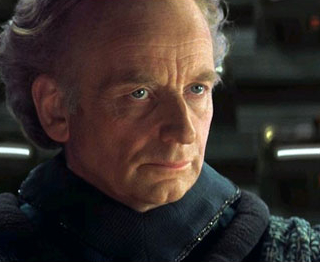 Obviously it wasn't a big set back for Palpatine since he really only needed to create the threat of the Trade Federation to justify the creation of the clone army.

Is there any mention in the script or novelization of Palpatine's original plan, or did he foresee Darth Maul's death anyway?

Palpatine was absolutely expecting his plan to work. He wanted the Trade Federation to "wipe out" the Gungan army and capture Amidala. He was expecting the Queen to be near the army, but obviously Maul learned of her plan to attack the palace and went to confront them there.

Palpatine had total confidence in Maul's ability to fight and defeat the Jedi and the Trade Federation's ability to re-capture Amidala. As he tells Nute Gunray...

“The Jedi cannot become involved,” Sidious said dismissively. “They can only protect the Queen. Even Qui-Gon Jinn will not break that covenant.” He paused, considering. “This will work to our advantage.”
“I have your approval to proceed then, my lord?” Nute Gunray asked nervously. “Proceed,” said Darth Sidious. His mouth curled into a small smile below his dark hood. “Wipe them out. All of them.” Star Wars: The Phantom Menace: Junior Novelisation

“Good,” Darth Sidious said. “I will see to it that things in the Senate stay as they are. I am sending Darth Maul to join you. He will deal with the Jedi.” - Star Wars: The Phantom Menace: Junior Novelisation

Years of training had gone into the preparation of Darth Maul as a Sith Lord. He had been more than the equal of the Jedi Knights he had faced and should have been able to defeat them easily. It was bad luck and chance that had led to his death, a combination that even the power of the dark side could not always overcome.

To answer the wider question about the invasion, it's worth noting that although Maul learned of the deceptive nature of the attack (through his network of eavesdropping drones) he didn't actually do anything about it, trusting that both sides would slaughter themselves.

Whatever the reasons, Maul’s task remained as before: to kill two Jedi. The rest of it—the blockade, the invasion, the counteroffensive—was nothing more than theater. So what if the Trade Federation lost its army and ten thousand Gungans died? Who cared, after all, about Naboo or its young Queen? The real war was, as ever, between the Sith and the Jedi. - Star Wars: The Phantom Menace: Official Novelisation

OK, I don't have canon quotes to prove my answer (on the other hand, as I noted in comments, I think Richard's answer's quotes don't prove anything since Palpatine/Sidious could have simply be lying. I know, shocking for a Sith Master to lie to people, amirite?).

It was a false attack, red herring, misdirection. Militaries have been sacrificing grunts for the sake of a greater goal ever since there was a chain of command. To find out the answer to your question, you'd have to ask...

Both had the same goal. To gain the power of Supreme Chancellor. He becomes this while the fighting is going on. Who wins now no longer matters, because now he has access to new resources to further cement control.

If the Trade F wins on Naboo now, Palpatine can call them traitors. Go to war now or otherwise delay and later go to war with a clone army.

If the Trade F loses, help rebuild Naboo. Gain confidence of good senators and others who he doesn't control. Eventually lead it to the clone wars.

In both cases, Sidious avoids detection, gains absolute control, and systematically destroys the Jedi. It was pretty much set in stone the moment he became a senator. Everyone is so wrapped up in the peaceful life they didn't even think there was a problem til it was way too late.

12
Why is Darth Maul on Naboo during the final battle?
5
What was Palpatine's original plan with the Naboo invasion?

28
How does Yoda know that the name of other Sith is Darth Sidious?
19
If Queen Amidala had signed the treaty, would the Republic Senate recognize it as legitimate?
19
In canon, has a Jedi ever used the light side to kill a Sith?
4
Was Tyranus just a placeholder for Anakin?
16
Was Maul's survival planned in Phantom Menace?
6
Was Darth Maul part of the Separatist movement?
3
How did the Trade Federation plan to "process" Queen Amidala?
9
Where did the trade federation ships go in the Phantom Menace?
12
Why is Darth Maul on Naboo during the final battle?