In The Force Awakens, why does the same lightsaber look different in different scenes?

Near the culmination of the movie, we see that

When Finn uses Luke's lightsaber, the saber appears rather usual. However, later when Rey picks up the sword, the blade appears a lot narrower, as if to fit with her thinner physique.

Has something similar ever happened before? I'm only familiar with the movies, but has any other source shown a similar effect in lightsabers before?

Are these the scenes? 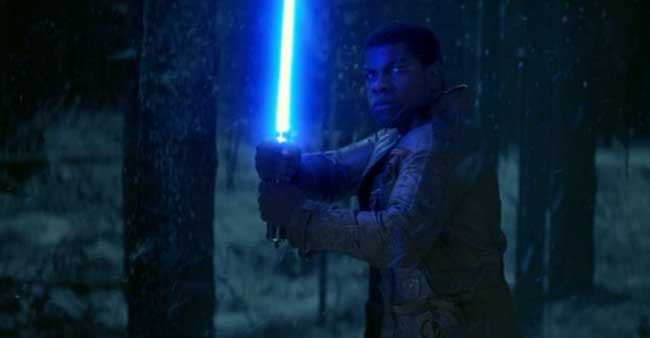 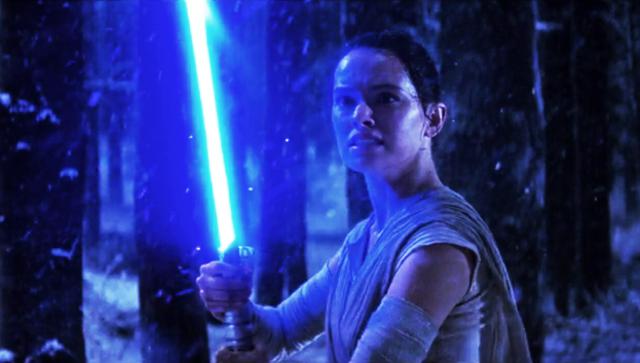 I don't see any difference. Note that the thickness of the blade fluctuates a little, as if it's shimmering; perhaps this effect made it appear narrower/thicker. You can most easily see it when Rey is holding it; it doesn't have a uniform thickness.