In which UK Transformers comic (maybe Machine Man) did a scientist commit suicide?

In the early 80's, I read the UK Transformers comic. There was a support comic as part of it, which in hindsight may have been Machine Man: the scene I remember was a character, who I think was a professor or engineering type, who committed suicide. I remember being quite upset by it (I would have been about 7 or 8); the character committed suicide by shooting themselves in the head. I think it was a revolver, and it was done 'off camera'. Sorry to be so vague!

It may have been 2001 A Space Odyssey #8, the first appearance of Machine Man (originally known as Mr. Machine, aka X-51). X-51's "father" Abel Stack (a scientist/robotics engineer) removes the explosive implanted in X-51, granting the robot his freedom from premature destruction by the government. After X-51 leaves, the explosive detonates, killing Abel. 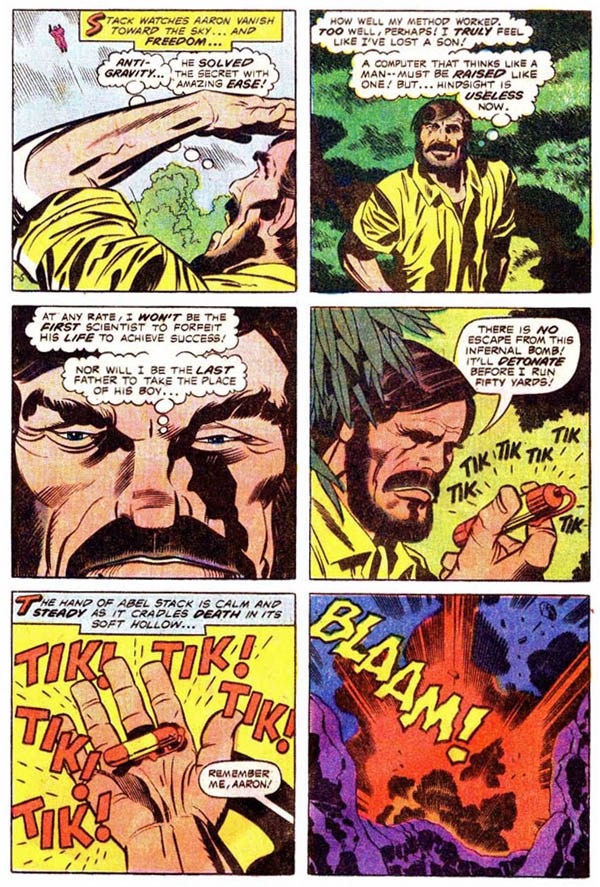 Not the answer you're looking for? Browse other questions tagged story-identification comics transformers or ask your own question.