Why does Kylo Ren's lightsaber look different from normal lightsabers?

Kylo Ren's lightsaber is very confusing. It has a cross-guard, which was discussed in another question, but I don't think this was: 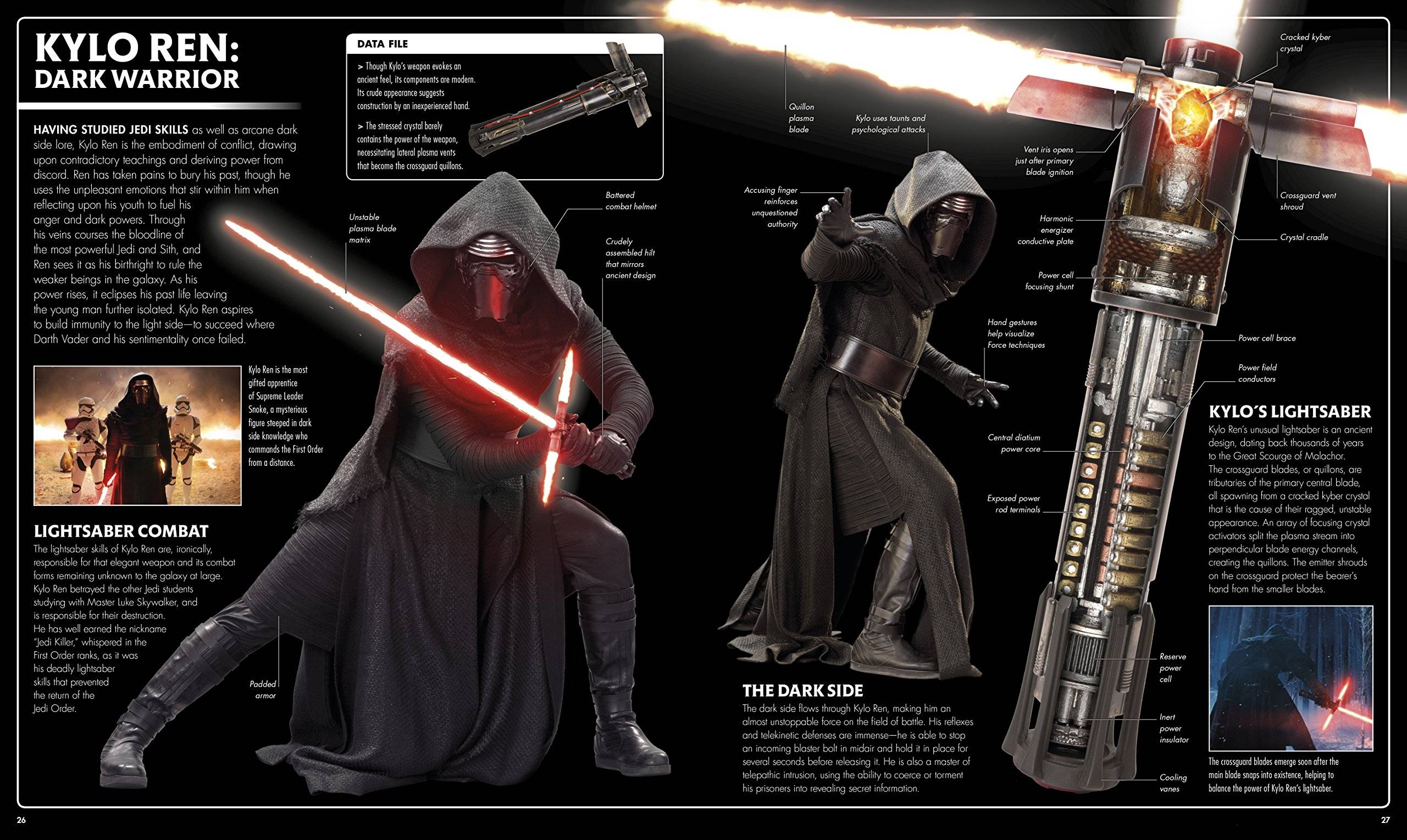 In The Force Awakens we learn that Kylo Ren

betrayed Luke before his training was complete.

That is why his lightsaber, blades and hilt, seem very rough and makeshift. His blades appear unstable and even look as if they were on fire whereas most saber blades are smoother. His hilt looks jagged and makeshift while most other hilts are smooth and shiny.

It makes sense that leaving before completing your training would limit your access to certain materials you'd need to build a lightsaber. It would seem Kylo Ren may not have learned all there was to learn from Luke about making a lightsaber before he left.

Out of universe, the answer is that J.J. Abrams took the advice of Jony Ive, chief design officer at Apple, that a "more primitive"-looking lightsaber, which lacked precision, would look "more ominous". As The New Yorker reported in February of 2015,

...Ive once sat next to J. J. Abrams at a boozy dinner party in New York, and made what Abrams recalled as "very specific" suggestions about the design of lightsabres [sic]. Abrams told me that "Star Wars: The Force Awakens" would reflect those thoughts, but he wouldn’t say how. After the release of the film’s first trailer—which featured a fiery new lightsabre [sic], with a cross guard, and a resemblance to a burning crucifix—I asked Ive about his contribution. "It was just a conversation," he said, then explained that, although he’d said nothing about cross guards, he had made a case for unevenness: "I thought it would be interesting if it were less precise, and just a little bit more spitty." A redesigned weapon could be "more analog and more primitive, and I think, in that way, somehow more ominous."

I think we can see from the film that Kylo Ren's lightsaber is indeed "more spitty" than any other we've seen, as noted in the question's mention of "stuff coming out of it". It certainly does suit the character of its reckless owner very well, and in the history of the film's production, credit for that concept seems to go to Jony Ive.

I think Luke recognized Ben Solo's genuine interest in his grandfather and his force achievements. And foresaw the path it would ultimately take him.

But as he is a determined young Force user seeking completion of training...he seeks out whatever parts and pieces necessary to make his own....even if the only power crystal available was a cracked synthetic crystal scavenged from somewhere...

This would explain why he loses his marbles and proclaims "That belongs to me!" When he first sees Anakin's lightsaber. Like a kid who always wanted it but wasn't allowed to have it. Obviously he's seen it before and truly believes he has a right to it.

It could be that his lightsabers blade reflects his internal conflict, his blade looks cracked and serrated, and because the crystals inside of the lightsaber and the beam itself are a reflection of ones connection with the force, it may be that when he has chosen either the dark side or the light side, that his blade will become smooth and true, but for now he is stuck with a unique awesome one!

RandallRandall
1
1
Add a comment  |
Highly active question. Earn 10 reputation (not counting the association bonus) in order to answer this question. The reputation requirement helps protect this question from spam and non-answer activity.

3
Is Kylo Ren's fizzling lightsaber blade intended by design?
27
Is Anakin's lightsaber the only one remaining from the 'Clone Wars' era?
29
When does Luke's lightsaber first appear in the Star Wars saga?
28
Why did Luke use a synthetic crystal in his lightsaber and what were the implications of this choice?
8
Are some lightsabers "stronger"?