It has been announced that Noma Dumezweni, a person of color, will play Hermione Granger in Harry Potter and the Cursed Child. 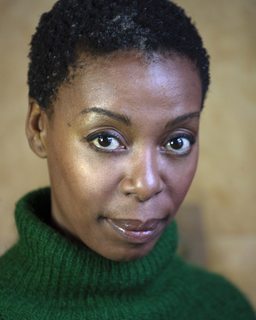 Is there any indication of JK Rowling's involvement in this casting? And what does this effect Hermione's ethnicity?

According to her twitter page, she was involved in the casting of the play, but the Director had final refusal.

John Green: speaking of which, great job on the casting of Harry Potter and the Cursed Child!

JKR: Thanks! John (director) cast my three first choices so I'm very happy! His decision, though, because Writers. Don't. Do. Casting.

The play's producer Sonia Friedman told The Daily Mail that J.K. Rowling and playwright Jack Thorne and director John Tiffany Callender collaborated on casting. "We were all involved with all the key casting decisions," Friedman said.

Straight from the horse's mouth (a tweet direct from JK Rowling):

Not the answer you're looking for? Browse other questions tagged harry-potter jk-rowling actors the-cursed-child or ask your own question.

87
What is Hermione Granger's ethnicity?
44
Did Heinlein intentionally hide Rico's ethnicity until the very end? Why?
12
Which Harry Potter characters' races were canonically stated?

2
Could Hermione change her skin colour?
12
Which Harry Potter characters' races were canonically stated?
17
Who is the “Cursed Child” in “Harry Potter and the Cursed Child”?
4
How much knowledge about Harry Potter's previous adventures does the Cursed Child require?
5
What Cursed Child elements were foreshadowed by Rowling in previous writings?
3
Why did Albus Severus Potter get sorted into Gryffindor in the first alternate timeline?
1
In “The Cursed Child”, why do they revert their actions in the wrong order?
2
In Harry Potter, what year did Hermione Granger start working at the Ministry?