Is this Maz Kanata?

My wife and I were watching The Phantom Menace after watching The Force Awakens. In the scene right before Anakin shows Padme C-3PO, it shows a clip of his room. In that scene everyone has had the joy of seeing an Easter Egg of a weapon from the original Tron.
After seeing The Force Awakens, I noticed something else right next to it. It looks like a tiny figurine of Maz Kanata. Could this be? 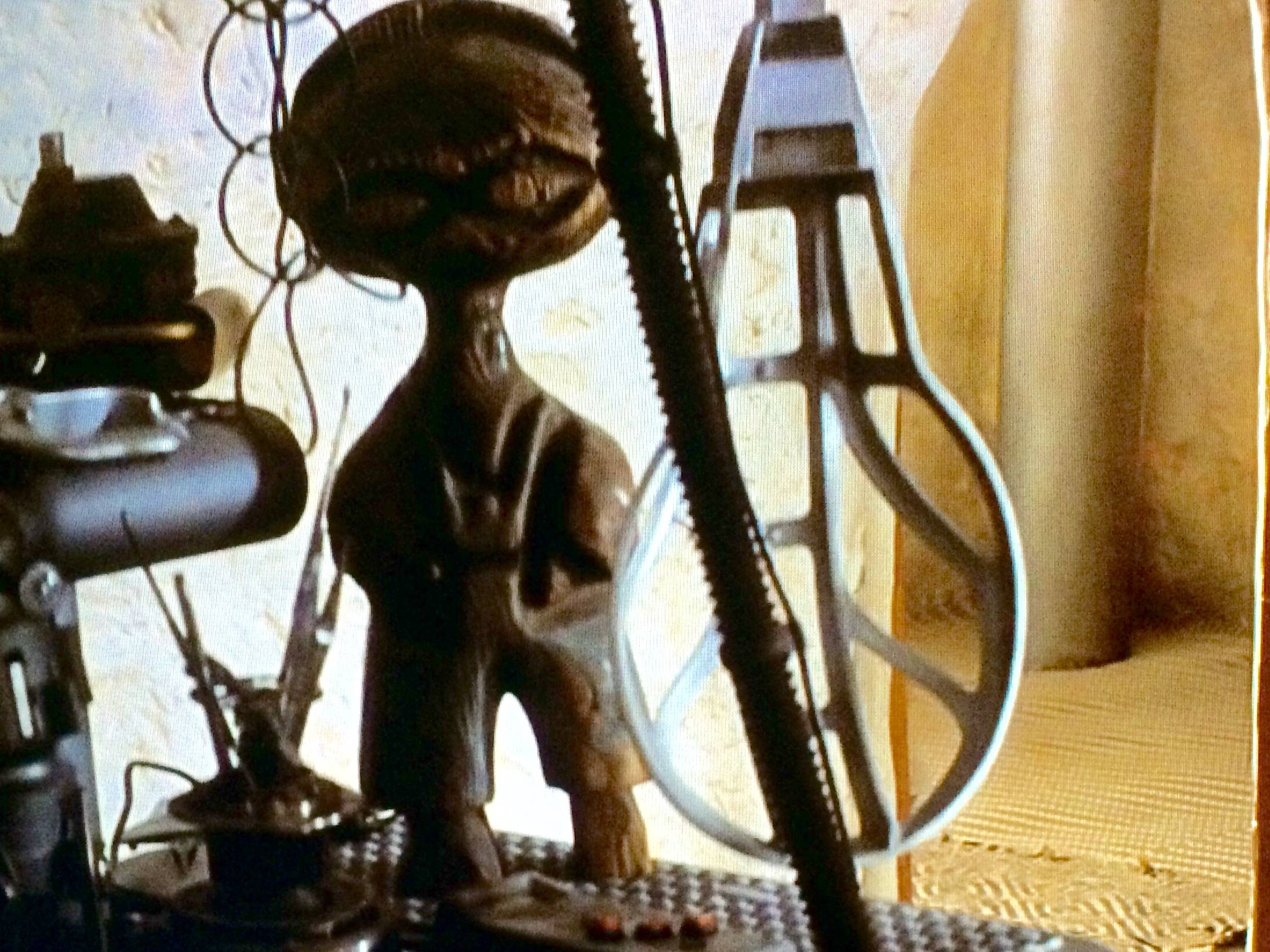 In-universe: it's possible, though I have no idea why there would be a statue of a random cantina owner from a remote planet stuck amongst Anakin's belongings. 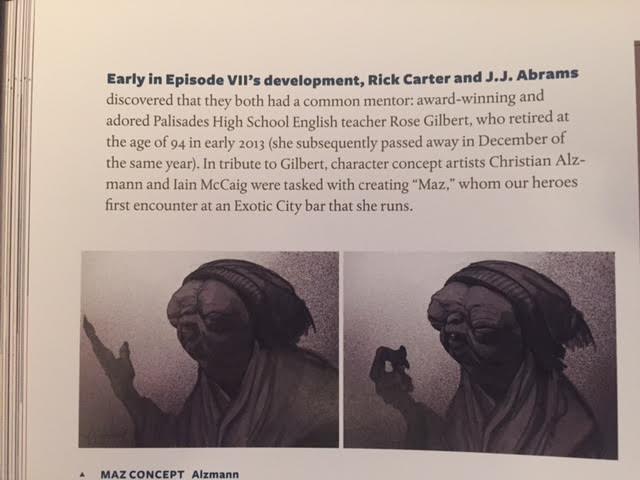 For comparison, a photo of the late Rose Gilbert: 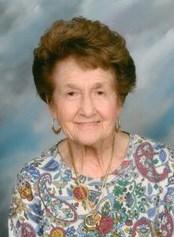 The official Star Wars Twitter account recently posted about this. It didn't confirm the statue to be of Kanata, but it did state that it's of an alien pirate, leaving the possibility open. 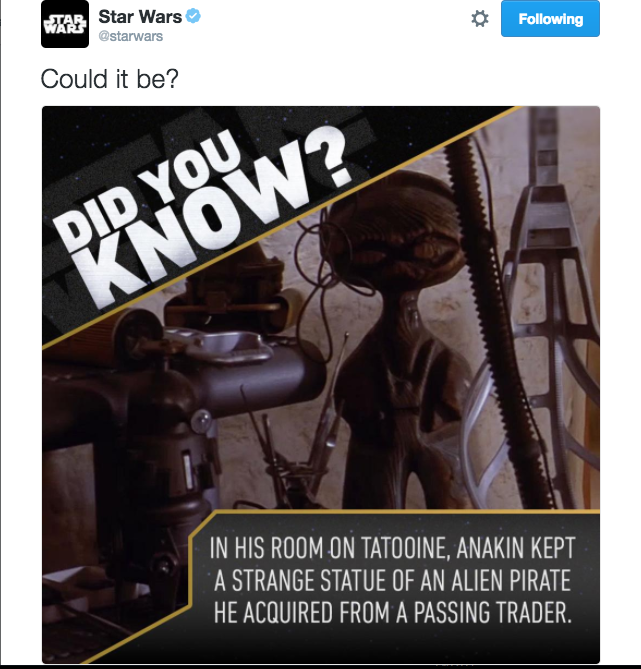 Not the answer you're looking for? Browse other questions tagged star-wars the-force-awakens the-phantom-menace or ask your own question.

10
What references to the prequel trilogy are made in The Force Awakens?

9
SW prequel Yoda: “Attachment leads to jealousy, the shadow of greed, that is”. What does this line mean?
17
What species is Maz Kanata?
18
Which predictions of the Force Awakens: Darths & Droids Bingo were correct?
18
Why didn't Vader detect the Force in Leia?
10
How old is Maz Kanata?
12
Was Maz Kanata ever approached by the Jedi?
19
What happens to Jedi expelled from the order?