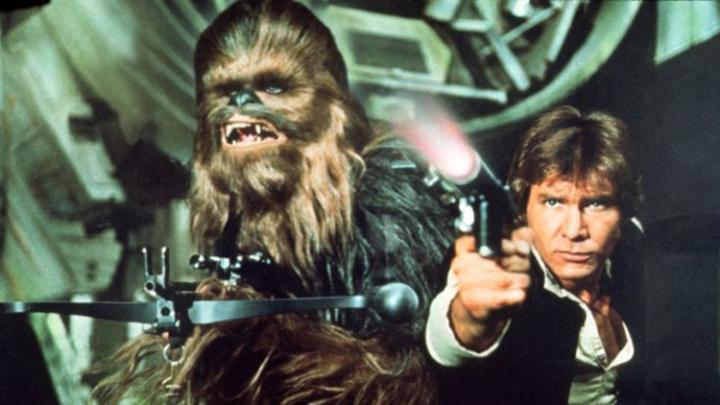 30
Is the chest in Maz Kanata’s basement the same chest as the one in Obi-Wan Kenobi’s hut?
6
When did Han and Chewbacca liberate Kashyyyk?
5
Why does Chewbacca’s bowcaster fire red projectiles?
5
Why didn't Kylo Ren detect Han Solo on Takodana?
14
How did Rey get her blaster back?
4
Did Sidon Ithano and his crew survive the Battle of Takodana?
50
Why didn't Luke use his lightsaber during his mission on the first Death Star?
8
What "union dispute" was Maz Kanata fighting?
11
Did the terms of the bounty on Han Solo change between “Star Wars” (1977) and “The Empire Strikes Back” (1980)?