How did Poe Dameron get the name Black Leader?

In The Force Awakens, Poe Dameron was referred to as Black Leader a couple times during

the raid on the First Order's weapons facility. The name was no doubt code for use during combat.

But why that name? Is there anything in the novelization or elsewhere explaining how he got that name?

His name comes from “Black Squadron,” the name of a special squadron appointed by General Organa to locate Lor San Tekka, as described in the comic of the same name: 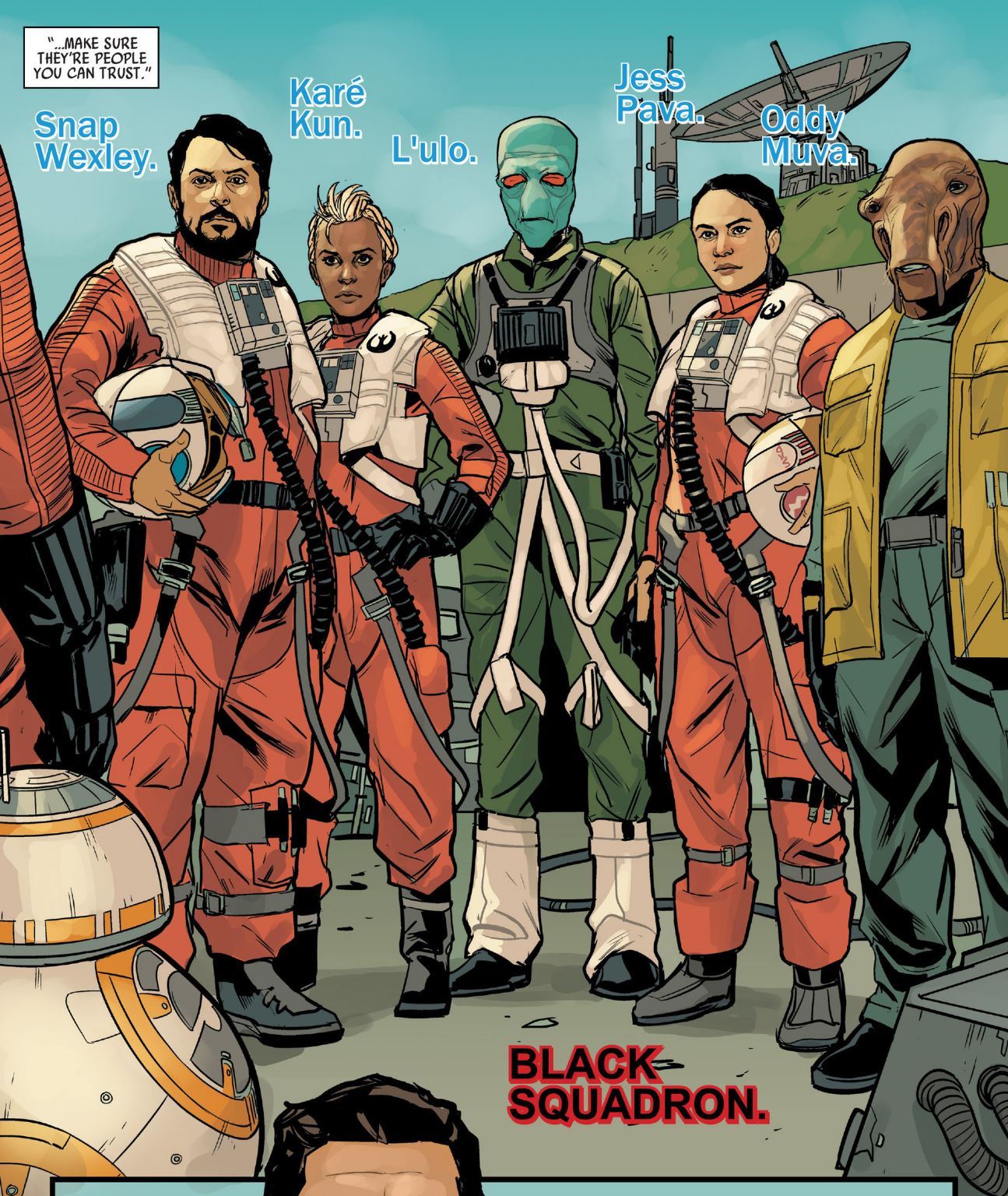 He was the leader of this squadron (having been given authority by General Leia Organa to pick his team): 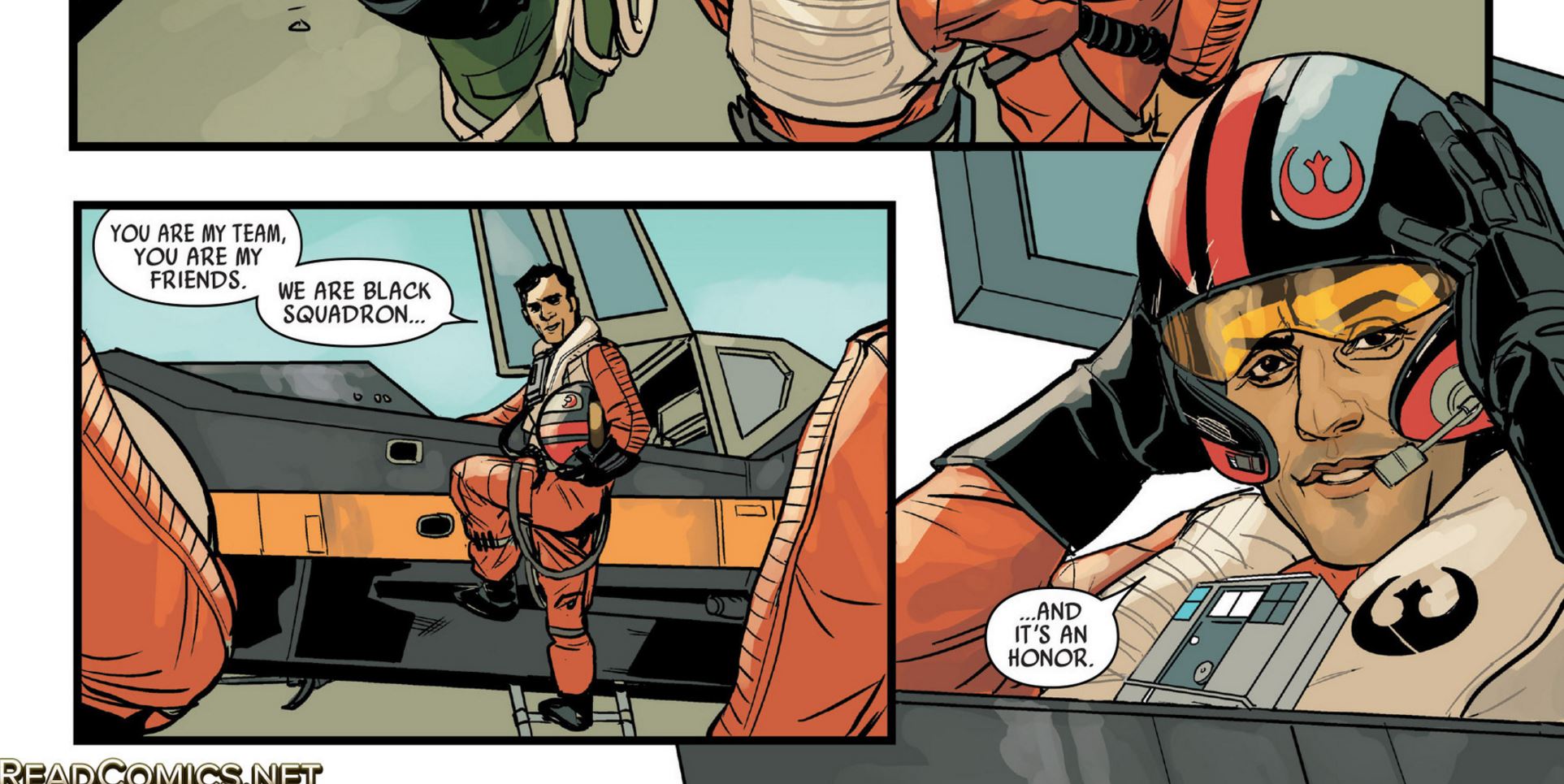 He was thus “Black Leader,” much as other members were, say, “Black Two”: 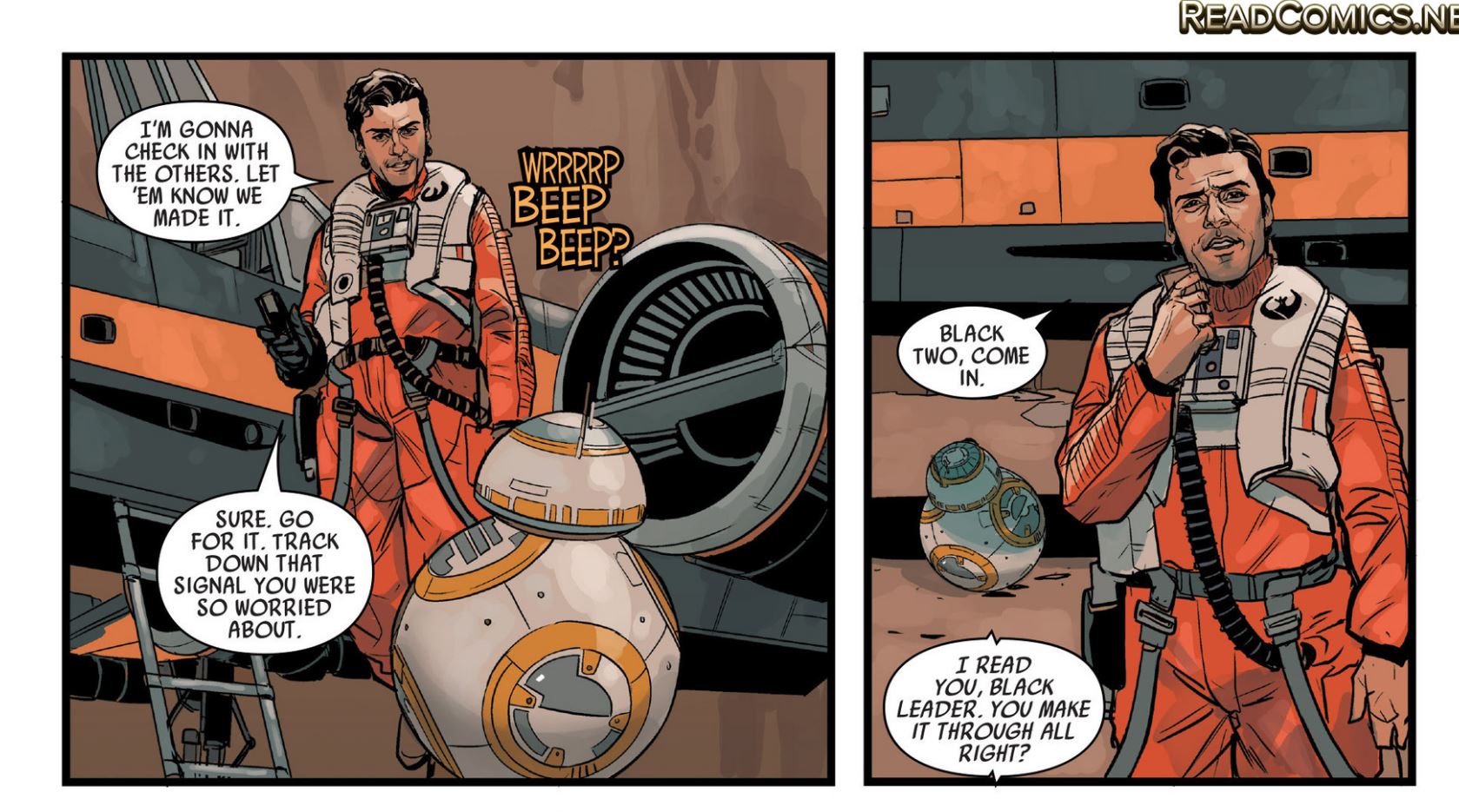 Note that this is not the same as the Black Squadron from Legends, which was commanded by Vader, and most certainly not affiliated with the Resistance or Leia Organa.

As to why the squadron was named “Black Squadron,” I’m not sure. Perhaps it was after the color of Poe’s ship (which, as can be seen in the pictures above, is black and orange), or the covert nature of their mission, or perhaps that was simply one of the colors that was available.

Poe Dameron is has the rank and callsign "Black Leader". Unfortunately, at this point, we don't know specifically how he achieved that rank.

In the previous movies, we see squadrons of rebel fighters designated by colors like Red Squadron, Gold Squadron, Blue Squadron, and Yellow Squadron. Each squadron has a leader, referred to as "[color] Leader".

In the EU/Legends canon, Black Squadron was a squad under Vader's personal command.

“Roger, base.” Hitting the controls necessary to alter course within a lightspeed run, Poe addressed the rest of his flight. “Red squad, blue squad— follow my lead.” At his touch, their revised vector entered the flight computer of every ship in every squadron, and the X-wings promptly adjusted as a single unit.

As of now, we know nothing about Poe's previous accomplishments or exploits, but he is apparently a very skilled pilot, and highly regarded amongst the Resistance.

His name is Black Leader to accommodate his X-wing, Black One. He doesn't command a "Black Squadron."

Not the answer you're looking for? Browse other questions tagged star-wars the-force-awakens poe-dameron or ask your own question.