Why does Darth Vader need to use a targeting grid on his Tie Advanced in ANH?

When Darth Vader - one of the best pilots and shooters in the Galaxy thanks to being a powerful Force user and Sith Lord - is hunting for rebel starfighters above Death Star in his Tie Advanced x1 fighter, why does he rely on his fighter's targeting system instead of The Force? 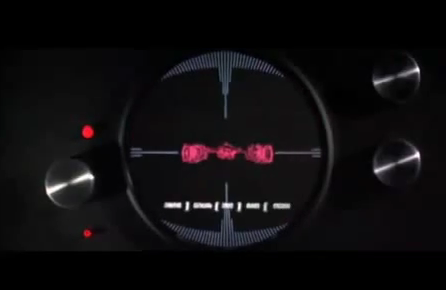 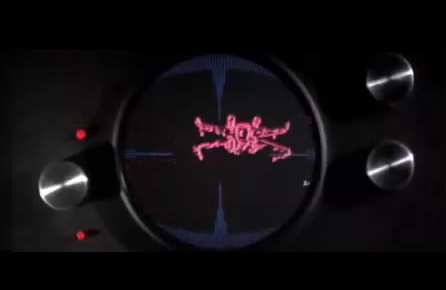 Obviously, out of universe, showing the process of locking onto a target is good action movie visual. But was that retconned in-Universe?

If he had been the younger version of himself with his limbs intact, he would not have needed a targeting computer. Not even against Luke. He did pod racing and flew a fighter straight into a Trade Federation ship while dodging a lot of enemy fire. He did all that while he was a kid with no Jedi training.

But when he is controlling his prosthetic limbs, no midichlorians are involved. As with any prosthetic, his motor nerve signals will be picked up by sensors in his stumps. Then they'll be converted to electrical impulses that drive the servos of his arms and hands. The same probably applies to his eye instruments, in reverse. They may not have the same acuity as his real eyes.

So he may have the reflexes of a Jedi/Sith, but his body is the bottleneck. He cannot use the Force to directly guide his eyes and hands. This is probably the same reason why both Obi-Wan and Luke lasted as long as they did against Vader during lightsaber duels (in ANH and ESB respectively).

First off, how are you so sure that Vader is not using the Force when he corrects his joystick? The Force is supposed to be intuition and philosophy. Does there need to be bolts of lightning for you to know he is using the Force?

The reason Luke disconnects his targeting computer I assume would be the same reason he trains blindfolded against the training droid aboard the Millennium Falcon - to completely immerse himself in the Force. For him it's a new concept, for Vader it's old.

But let's assume that joystick = no Force involved:

"The Force is strong with this one". Maybe Luke's potential as a Jedi countered Vader's space wizardry, maybe he intuitively threw off his aim?

Also, maybe something in Vader stopped him from killing the, for him, unknown X-Wing pilot? He certainly didn't have a problem blasting the other pilots. We know that Vader eventually redeemed himself by saving his son, which he was allowed to do because Luke refused to cut him down.

Vader not killing Luke here is yet another example of how a Jedi's passive attitude could influence more than the Sith's direct.

One thing that should not be underestimated is that Jedi and Sith...even the masters of both sides themselves are not unfailable.

Yes the force gives an advantage at doing things, but still though it needs immersion and concentration and they still can fail at their doings. Else the clones would have never been able to overcome the jedi masters as they would have deflected EVERY blaster bolt back at them. And no jedi (including Anakin) would have missed with ANY shot they made during the clone wars. And if we look at the last part...even Anakin often needed multiple shots to hit enemies.

So why use the targeting computer? It is good and efficient, and gives a good base chance to hit. The force CAN be used to increase this chance as it gives a small intuition....a small glimpse of the future which means "a bit to the right,...". Thus you don't need as much concentration on trying to hit the enemy and can instead trying to concentrate on surviving yourself. Furthermore the targeting computer is a good failsave in case the force user fails with the force.

67
How to kill Wolverine?
37
Why does Darth Vader raise his prosthetic arm when channeling the Force?
26
What was Darth Vader adjusting on his joystick controller?
11
Did Luke's Force ability prevent Vader from aquiring target lock in the trench above Death Star 1?
15
How much was R2-D2 damaged by Darth Vader during the battle of Yavin?

26
What was Darth Vader adjusting on his joystick controller?
61
Why did the Rebels have to fly along the Death Star trench?
20
If Darth Vader discovered Luke was his son from the Emperor in the 2004 retconned version of “The Empire Strikes Back”, then how did the Emperor know?
12
Why did Obi-Wan wait years after his death to tell Luke to go to Dagobah to find Yoda?
10
Can Darth Vader "feel" his prosthetics?
7
Did Darth Vader modify his TIE Advanced x1?
18
Does Darth Vader ever run?
10
Why the Jedi or Darth Vader don't use the Force powers in space fights?
21
Why did Darth Vader need extra equipment (lenses) to clear his vision?
36
How does Darth Vader sleep with his suit?