What is the small red planet/moon behind the fleet in the second shot of Return of the Jedi?

In the second shot of Return of the Jedi, there is what looks like a small red planet or moon visible behind the fleet of Star Destroyers:

Is this intended to be the planet Endor or just another moon?

If it's not Endor:

NOTE: From the attack briefing later in the movie, we know that the body the Death Star is bound to is the forest moon of Endor, not the planet Endor itself.

I have mentioned this in a comment but felt I could expand it out into an answer.

Looking at the angular diameter of the red object in the sky and the distance the Forest Moon is from it, it is unlikely to be Endor itself, it would fill the sky as shown in Caravan of Courage and Battle for Endor (also the colour is different too) 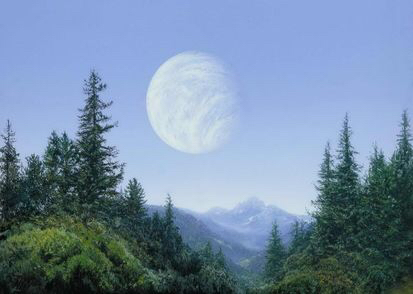 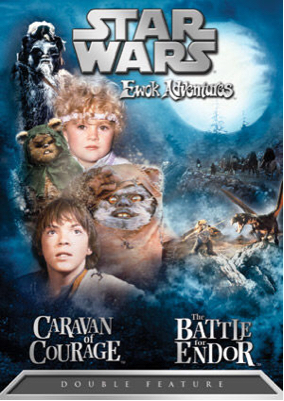 It is more likely to be another moon orbiting on an orbital plane further out than the forest moon.

Gas Giants tend to have multiple moons orbiting in close(ish) proximity for example Jupiter has many moons (of its 64) close together. Even in Star Wars Yavin is shown to have at least 4 moons. There is no reason to believe Endor to be any different.

Taking Jupiter again: Io is 249,000 Km from Europa, over 100,000 Km closer than the moon is to the Earth, it is also bigger than the moon. If we gave those dimensions of the moon to the red object, it would appear much larger in the sky than it is shown.
This means that the object is either smaller and/or further away than Io is from Europa, and as we can see in the real world, other than imparting Orbital Resonance on each other they do not cause each other any problems.

update since the question was clarified later, some parts of it no longer fit.

However that probably isn't Endor because the Ewok film showed Endor as light gray as seen below. Not red.

Not the answer you're looking for? Browse other questions tagged star-wars return-of-the-jedi object-identification or ask your own question.

12
Is there an astronomical name given to the Ewoks' home?