How does this photo of Kylo Ren fit into The Force Awakens?

In May 2015, this shot of Kylo Ren flanked by two snowtroopers was released in Vanity Fair: 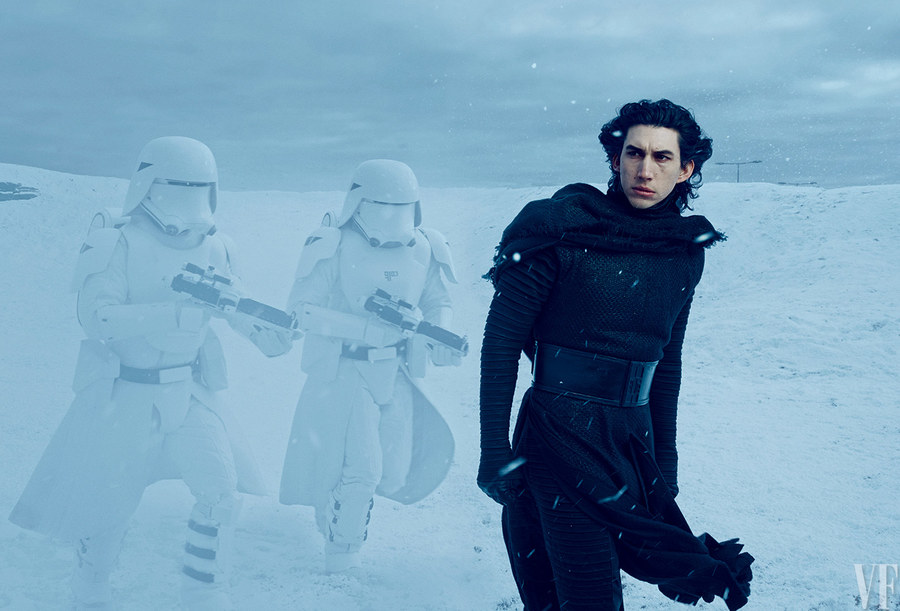 Next-generation bad guy Kylo Ren (Adam Driver) commands snowtroopers loyal to the evil First Order on the frozen plains of their secret base.

As far as I recall, there is no such scene in The Force Awakens. (Kylo removes his helmet exactly twice, and neither instance involves a scene like the one above.)

What is going on in this scene, and at what point in the film would it have appeared? Why was it excluded? Or was it purely a promotional shot?

The image you have shown is not a movie still, nor is it a scene in the movie. It is, instead, an image credited to American portrait photographer Anna-Lou "Annie" Leibovitz from an on-set Vanity Fair photo-shoot.