Why did Yoda say nothing after Padme hugs Anakin after the fight with Dooku?

Yoda seems to be the most sensitive to Anakin's state of mind. He has already sensed the fear in Anakin when Padme fell from the ship during the chase of Count Dooku. Surely, he must have understood what's going on between those two after seeing that embrace. He says nothing then. In the aftermath, when Masters Windu, Kenobi and Yoda are discussing the events, again nothing from Yoda. Kenobi, we can assume, is more forgiving of Anakin. Why doesn't Yoda say anything? 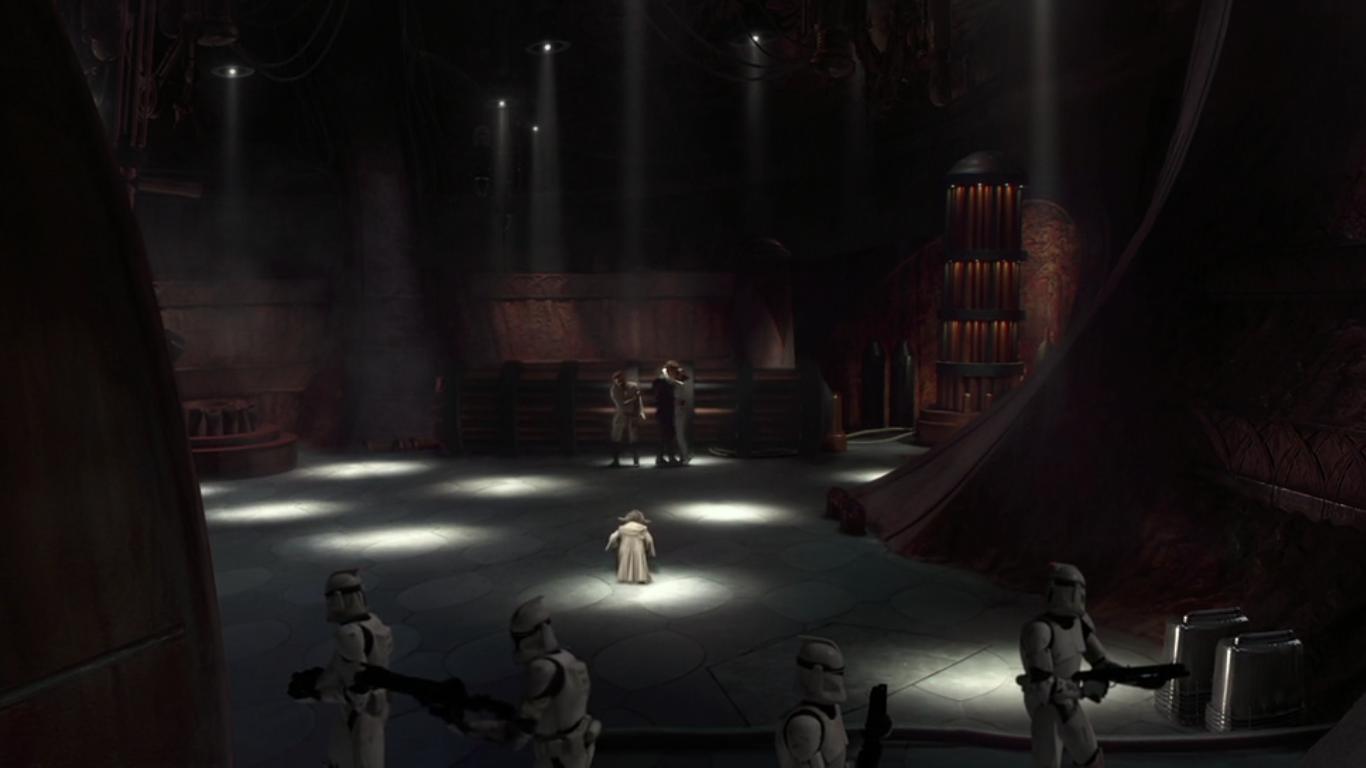 The embrace is not particularly suggestive of Anakin and Padme's romantic relationship given their history together. They met each other while Anakin was a young boy and Padme was a teenager, and then they spent time together on Naboo while Anakin was assigned to protect Padme. At the time of the embrace, Anakin and Padme (and Obi-Wan) had just escaped execution, and Anakin had been badly injured by the fight with Dooku.

It is entirely reasonable for Yoda to think that this was a platonic embrace between two friends who had spent time together and were relieved that they had just survived a traumatic ordeal.

Yoda evidently did not "understand what's going on" since he was still oblivious of Anakin and Padme's romantic relationship in Episode III; recall that Anakin consulted with Yoda regarding his visions of suffering and death, and Yoda wasn't even sure if Anakin was having visions of his own suffering or of someone he knew.

This is covered in the film's novelisation. At the moment of the hug, it's simply put down to her being concerned about his grievous wound. Yoda is exhausted (from the fight) as well as deep in contemplation and no-one seems to notice anything unusual about her actions:

As Anakin and Obi-Wan walked over to the exhausted Yoda, Padmé rushed in, running to Anakin and wrapping the sorely wounded young man in a tight, desperate hug.

As to why nothing is mentioned later, the very short answer is that it's on their "to do" list, but not immediately problematical. The impression seems to be that he's got a bit of a schoolboy crush on Padmé which is something that will need to be dealt with by... erm... reminding him of his duties as a Jedi.

Never in their wildest dreams do they imagine that she's going to reciprocate his feelings and begin an illicit affair with him, something that would destroy both of their careers

After some more quiet contemplation, Mace turned a curious gaze upon Obi-Wan. “Where is your apprentice?”

Mace nodded, and Obi-Wan caught a glimmer of concern in his dark eyes-concern that Obi-Wan shared about Anakin and Padmé. They let it go at that time, though, for there seemed greater problems at hand. Again, it was Obi-Wan who broke the silence.

Aside from the excellent points made in Null's answer, it's worthy of noting that Palpatine was in full swing in his plotting ways at this point. Note these two lines:

Palpatine: Master Yoda. Do you really think it will come to war?

Yoda: The dark side clouds everything. Impossible to see the future is.

It wouldn't be too hard to imagine that Palpatine might have been using his dark ways to cloud the reality of the situation, and purposely shrouded Anakin's relationship with Padme because the emotional attachment was the most important vessel for turning Anakin to the dark side.

60
Why didn't Yoda have any children to take care of him during his last days given that he lived up to 900 years old?

35
How do Jedi leave the Jedi order?
71
How could Count Dooku lose against Anakin Skywalker in a lightsaber battle?
10
Why are so many humans Force-sensitive?
9
SW prequel Yoda: "Attachment leads to jealousy, the shadow of greed, that is". What does this line mean?
24
Is it "the Jedi way" to kill a defenseless being if they pose a sufficient threat?
21
Why didn't the Jedi Council send a team of Jedi to go after General Grievous?
14
Why does Yoda think that Obi-Wan won't ever be strong enough to face Sidious?
5
Why didn't Mace go with Yoda to stop Dooku from escaping?