In the Star Trek: Deep Space Nine episode “Far Beyond the Stars”, Benjamin Sisko has a vision in which he is “Benny Russell,” an African-American writer in the 1950s. In some of the scenes he is seen wearing this unique hat: 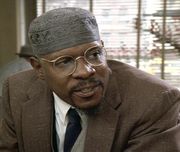 Is there a significance to him wearing this hat? Was this a common headgear among African-Americans during the 1950s?

The hat is known as a kufi and as Wikipedia describes it:

A kufi or kufi cap is a brimless, short, and rounded cap worn by men in many populations in North Africa, East Africa, Western Africa and Asia. It is also worn by men throughout the African diaspora.

The focus of the Benny Russell plot in “Far Beyond the Stars” is about how he — and African-American writer in New York City in the 1950s — wrote this short science fiction story centered around a black captain who commands a space station and how Benny himself struggles to have this short story published and told. He’s constantly being told/reminded that 1950s America was simply not ready to read the story of a black man being in command of a space station, but he persists because he believes it to be an important tale to tell.

I mean there is that scene in the beginning of the story where they want to get a group photo of the staff of Incredible Tales (the science fiction magazine where Benny works) and he and the women on staff are asked to “sleep late” the morning it will be taken since they don’t want them in the shot. And later on in the episode when he runs into cops on the street, even though he is wearing a full suit and tie, they consider him to be some sort of “janitor” for what reason other than the color of his skin?

To paraphrase comedian Rodney Dangerfield, Benny Russell gets no respect around anyone in 1950s New York City. Even in the office of a science fiction publication he himself works for that finds it just too “crazy” to publish a story of a black captain of a space station. He’s going to wear that kufi because Benny knows who he is—and where he comes from—and he’s simply not ashamed or apologetic about any of it.

Regarding the question "was this common headgear among African-Americans in the 1950s?" it would not have been considered common but it was certainly present.

The kufi was strongly associated the Nation of Islam and and the followers of Elijah Muhammad. Nation of Islam was started in 1930 by Wallace Fard and could at its inception only be described as cult-like. Elijah Muhammad 'captured' the group (Fard literally disappeared afterwards, even Wikipedia lists his death as unknown) in 1934 and reformed it into an organization dedicated to African American advancement and independence from 'white' America.

In keeping with its aims of rejecting 'white' American society, Elijah Muhammad was probably the person most responsible for making the Kufi popular. The kufi's popularity expanded widely in the 1960s along with culturally important Malcolm X and the Black Power movement.

Here is a picture of him in kufi in 1959, from Getty Images: 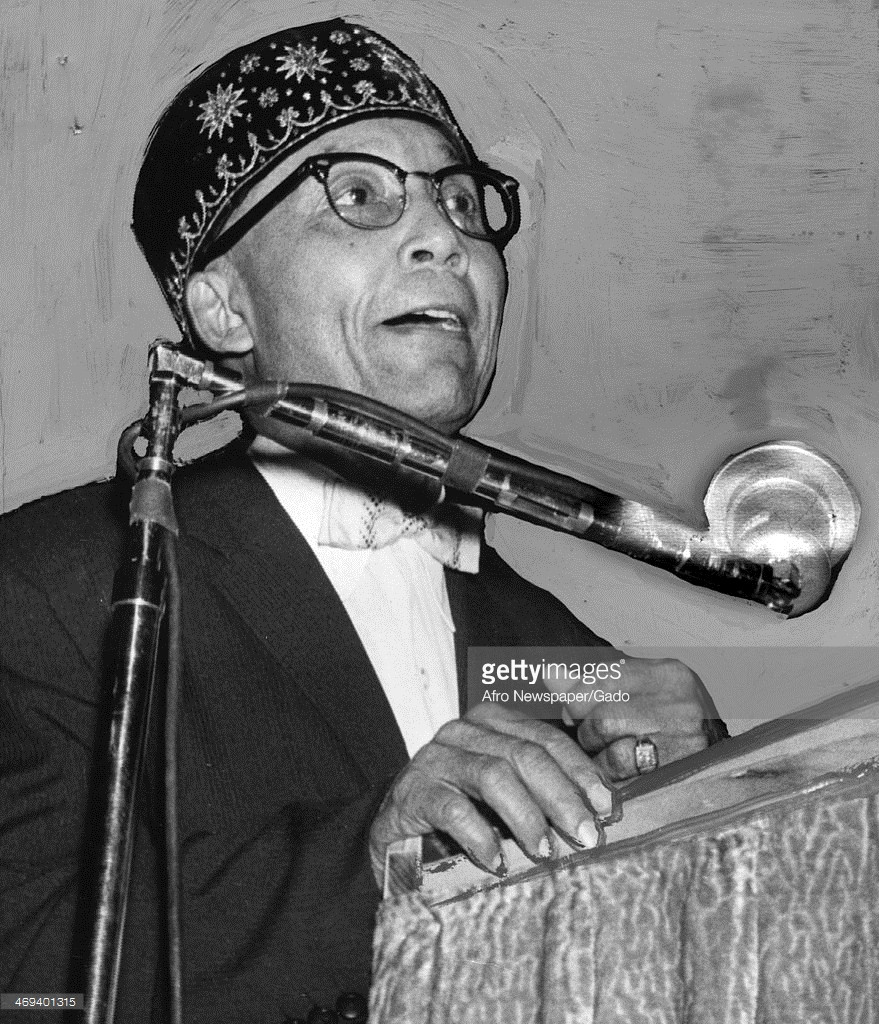 It would be reasonable for an African-American intellectual from the 1950's to be wearing a kufi, either as a member of, or showing support for the Nation of Islam.

13
Why did Peter Allan Fields leave "Deep Space Nine"?
20
Is Deep Space Nine supposed to be a dream?
13
Was "Far Beyond the Stars" ever written up by anyone?
7
How did this Changeling pass the blood test?
7
Did Sisko and Opaka's paths ever cross again?
14
Is Benny Russell a creation of the Pah-Wraiths?
12
Why did Starfleet not attempt to make contact with the Prophets?