I'm trying to remember the name of a book I read back in the 90's about the discovery and recovery of a fleet of ships full of clone troopers that went missing during the clone wars. The tension was around who would find the ships first. 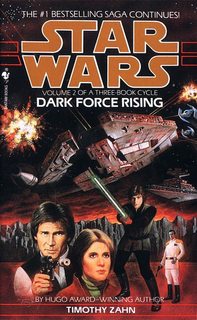 It actually launched a few years before the clone wars, and the fleet was at one point full of troops, but they died before it was found, however they did carry experimental walkers:

Highly advanced for its time and equipped with state of the art automation systems, it was lost in its first hyperspace voyage. The fleet consisted of 200 modified Dreadnaught-class heavy cruisers, all carrying experimental AT-PT walkers. The ships' controls could be slaved to the controls of Katana [the name of the flagship]

Additionally, Grand Admiral Thrawn had a plan to use clones he made new as crew:

Initially, the New Republic believed Thrawn would not be able to take advantage of his new vessels, since he would require over three hundred thousand crewers for the Katana fleet—2,000 for each of the 178 ships. However, Thrawn proved to be more resourceful, using clones produced in days (instead of the years) from Spaarti cloning cylinders in the Emperor's storehouse on Wayland to crew his ships.

There was large tension about who would find it first, as it would shift power in the galaxy:

By 6 ABY, the balance of power between the New Republic, Imperial Remnant, and warlord forces was so precarious that, despite their age, it was believed that any faction that recovered the fleet would immediately become the dominant force in the galaxy.

All quotes from the linked Katana article above

7
Looking for a book involving solar sail yacht races and an alien invasion
10
In what episode does Anakin get his padawan (Ahsoka) in Star Wars : The Clone Wars?
5
How did the Clones find Jedi Investigators during Order 66?
9
First person Star Wars book about a Corellian who found out he had the Force
6
A book involving a child with missing mother, transported to magical world/forest & comes across a harpy
7
Book about a bio fleet