Was the 4-legged thing the scavenger was riding an animal or a robot?

In The Force Awakens, there is a desert scavenger netting a droid while riding a four-legged mount, which to me at first seemed to be wearing metal (armor?) but then by the way it walked, I assumed was a robot equivalent of a riding animal.

Was that a robot designed like an animal, or an animal that looked like a robot, or something else?

A bit of both, actually.

The Luggabeast is a cybernetic mount used on Jakku.

From The Star Wars Databank

Cybernetic beasts of burden found on frontier worlds, luggabeasts are a fusion of organic being and mechanical creation, with their heads hidden away behind heavy armor plating and optical instruments. Jakku’s Teedos use luggabeasts as pack animals, calibrating the cyborg creatures’ instruments to find droids and other valuable salvage.

The design actually comes more from wanting to use a certain type of puppeteering technology.

From The Art of The Force Awakens:

We were talking to Brian Herring, who is our puppet-performers guy, about the stage play War Horse. "What can we do that uses that technology?" Again, with the beauty of digital technology, we do have the potential for rod removal, leg removal. How far can we push it?" 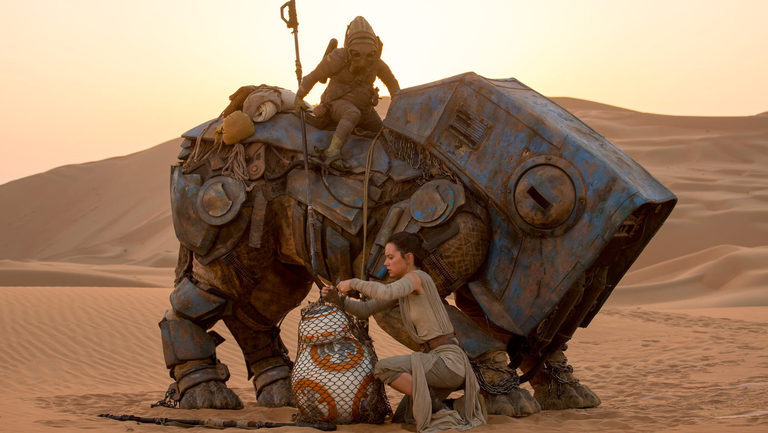 It's called a luggabeast and it is BOTH.

We know what it's called from Foster's novelization:

Reaching the top of a nearby dune, she found herself gazing down at a sight as curious as it was unexpected. Trapped in a net of local organic material, a small spherical droid was attempting to escape its prison, an effort rendered extremely difficult by the fearful mechanical’s total absence of limbs. Mounted atop a squat, four-footed, square-helmeted luggabeast, a native Teedo was struggling to constrain and reel in the legless but overactive and insubordinate droid.

Cybernetic beasts of burden found on frontier worlds, luggabeasts are a fusion of organic being and mechanical creation, with their heads hidden away behind heavy armor plating and optical instruments. Jakku’s Teedos use luggabeasts as pack animals, calibrating the cyborg creatures’ instruments to find droids and other valuable salvage. 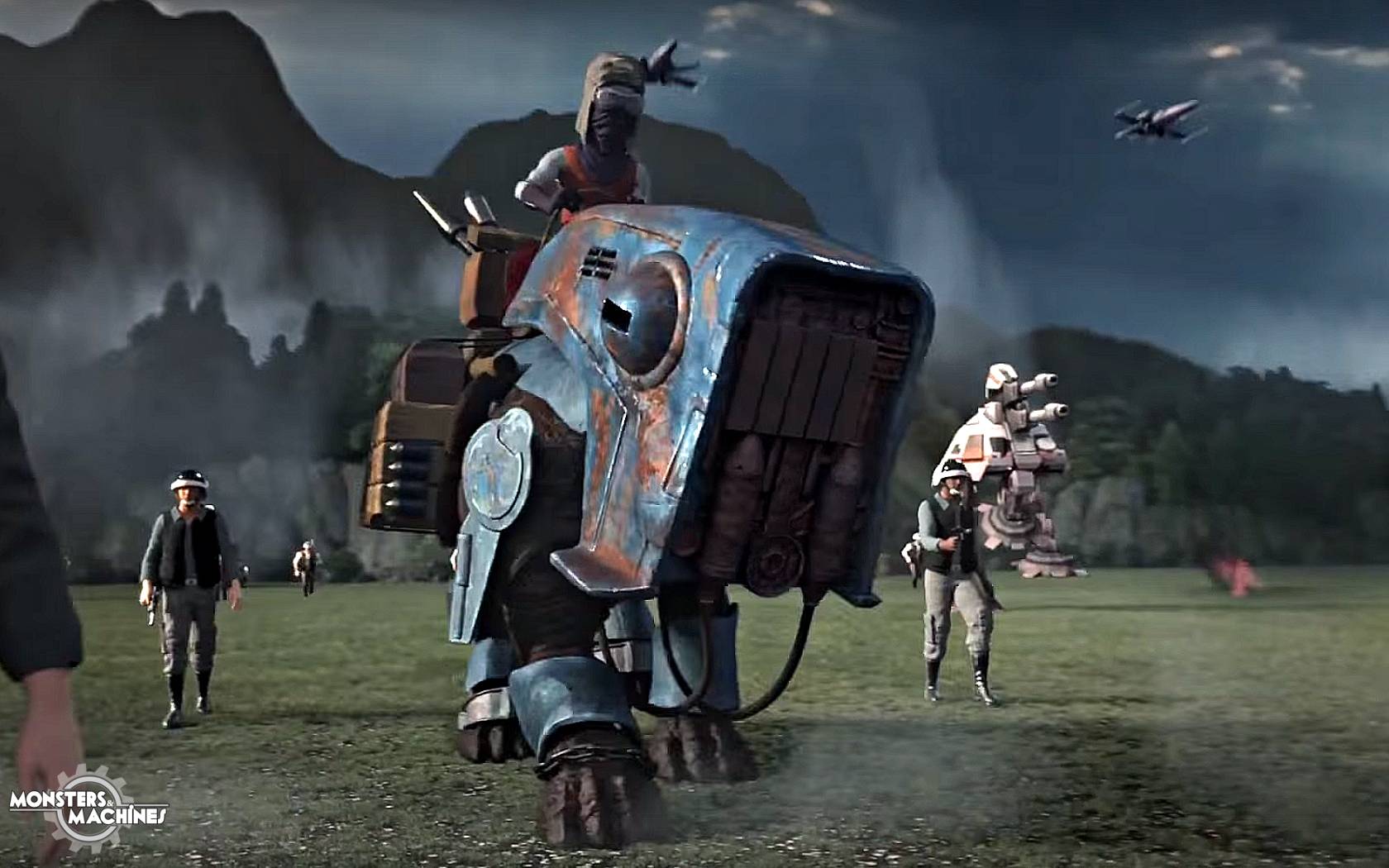 19
Which predictions of the Force Awakens: Darths & Droids Bingo were correct?
3
Why did Poe and Finn's TIE Fighter land so close to the scavenger town?
6
What was the purpose of that pull-out thing on Starkiller Base?
8
Was that frog thing outside Jabba's Palace that eats an animal and burps in the original Return of the Jedi?
28
What is the significance of the robot in the sand?
21
Which predictions of The Last Jedi: Darths & Droids Bingo were correct?
8
Who was the old human woman in Niima Outpost?