Is there any significance to the numerous versions of cover art for the (UK) Harry Potter series?

I have a few inter-related questions regarding the cover art for the British Harry Potter books.

There are so many versions of wonderful cover art for the Harry Potter series, particularly for the UK versions (Bloomsbury publishing).

After the new illustrated Harry Potter book went on sale, I got to thinking about the need for multiple versions of a series's cover art, as here in the US, we've basically had Mary GrandPré's cover art for the Scholastic versions of Harry Potter. Scholastic's outlier would be a special dust jacket produced for Harry Potter and the Order of the Phoenix -- this dust jacket was available via special pre-order, came in a protective box, and has no words anywhere on the cover art: 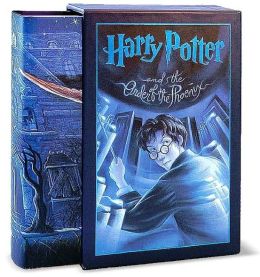 There doesn't seem to be much variety of cover art amongst the US editions, as far as I know. So, my question is: What is the significance of the numerous versions of cover art for the (UK) Harry Potter series? How many different sets of book covers specific to Bloomsbury's versions of the Harry Potter books are there? Is there any special significance behind any of the covers?

What is the significance of the numerous versions of cover art for the (UK) Harry Potter series?

Basically, there's a huge market for HP, and any change in cover art might attract new consumers; there may even be some fans who want 'the full collection' and buy a copy of every damn edition. Or, in short:

How many different sets of book covers specific to Bloomsbury's versions of the Harry Potter books are there?

Here's a list, with pictures, of MANY (thirty-five) different covers of the HP books. I'm not sure whether it's complete.

Is there any special significance behind any of the covers?

I'll answer this by citing interviews with some of the people who've worked on HP cover art over the years.

Duddle describes how he comes up with his pictures for the HP covers:

Duddle bases his drawings meticulously on Rowling’s details. He didn’t start work on each cover until he had read the book, and then would watch the film afterwards for another perspective. For certain details, such as which hand characters hold their wand in, he would check with one of the “Bloomsbury Boffins” – those at the publisher who know the intricacies of the Hogwarts world so well they didn’t need to check back through the books. Some of the questions, he suspects, were answered by Rowling herself.

Some covers were easier than others, Duddle says. The Hungarian Horntail, in particular, caused him almost as much difficulty as it did Harry in the book, pushing Duddle right up to deadline long after the other covers were finished. Others, like The Prisoner of Azkaban, which shows Harry conjuring his stag-shaped Patronus, hardly differ from his first draft, and were completed in a few 18-hour days. 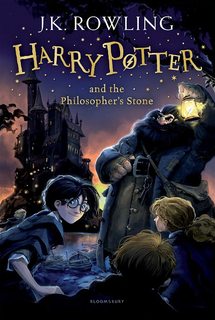 Kibuishi describes the specifics of the scenes he considered for his HP covers:

To design each new Harry Potter cover, Kibuishi would think of a single moment like he did with Chamber of Secrets that stood out most. “There was a moment, always a moment. Remember when Harry went through that? THAT is the moment, that was really important.”

With Chamber of Secrets, he didn’t have that feeling for any one moment, and for that reason it was the hardest cover to design. “It was hard – it does so much. It’s like a swiss army knife book because it sets up the mythology and it continues to entertain. And after the second book I don’t think you can expect what comes next. It was an extension of the first book, that’s how I felt.”

The new Chamber of Secrets cover depicts Harry and Ron flying in Mr. Weasley’s Ford Anglia as they approach The Burrow, but the scene wasn’t always the one Kibuishi was planning to use. His first idea for the second book in J.K. Rowling’s series centered around the basilisk.

Kibuishi ran into a couple problems with fleshing the design of the snake out. “There were so many technical elements to what happens in the story that made it very difficult to make a very dramatic image.” Things like, not being able to look at the Basilisk or “the eyes have to be gouged out and that’s gross” made them hesitant to use the snake, he told us with a laugh. “The options weren’t that good. But the scene would’ve been great. We couldn’t make it work because of the technicalities.”

He moved on to other options in the book. “I decided, what do I really think of this second book? When I think about all of the books in the series, I have one basic thought about each one. And in the second one [my basic thought is] a cup a tea. This is the book that tells me this world is a nice place to revisit, and I would like to keep coming back here for a very long time, like a nice little tea party.”

He continued with his cup of tea analogy, “This is a set up book. And during that time we’re basically relaxing and hanging out, it’s a mystery adventure novel. Because of that I decided – me and my assistant were thinking what would best embody that spirit or feeling – and we ended up on The Burrow.” 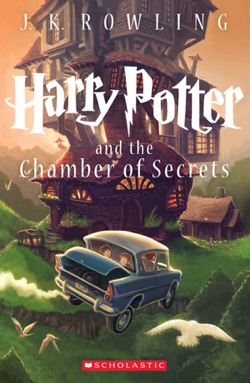 J.K. has her own ideas of what things look like as she writes. Then I think, as an illustrator, I kind of have to have my own idea as I read the book. The ideas come from her writing. I read each story before I began to illustrate it, because I wouldn't know how else to do it. So I really pay attention to her descriptions and the atmosphere and the setting that she creates in her writing. She's so rich in her description that it gives the illustrator so much to work with. It's really quite easy to come up with the visuals. It's just reading the story and then putting a pen in your hand.

When it came time to do the first portrait of Harry, I really had to decide quite quickly what Harry looked like close-up. I didn't have any models that I was using or that were available within the two-day time span that I needed to do the portrait, so I used myself and adapted some of my features to maybe what a boy of that age would look like. It was basically just a starting point for me to create the look of Harry.

Kay bases all his pictures on real people and places:

‘Hermione is completely based on my niece. She’s ever so sweet. To me she is Hermione: studious and slightly, well, not quite aloof, but she tends to tell me off a lot when she sees me. She’s constantly saying I’m not behaving properly, so the character’s exactly right.’

First, squint a little at the intricate etchings on the wall and door behind Hermione. Jim has snuck his friends’ names in there amongst others. Every detail is something Jim has seen and collected in sketch books over the years. That’s what fascinates me most; he spends his life plucking images out of what he sees and stores them up for the right illustration.

‘The graffiti was partly inspired by the Tower of London, where prisoners were held in these tiny, dank, miserable cells,’ he says.

‘The one thing they had was time, so they made these beautiful, poignant carvings in the walls. So there’s that, but also I used to live in Harrow and I used to walk past this one wall at a famous boys’ school there every day. The boys had carved their names into the wooden panels over the years, including Lord Byron and Winston Churchill. It was literally just two weeks ago that I found out they actually filmed some of Harry Potter there. I had no idea - to me it was just a wall I liked back in 1992.

‘The door itself is from a lovely old church that I visited once in Suffolk. When you’re traveling around, you make quick notes and think, I want to use that one day. It might sit in that sketch book for 10 or 20 years before you use it. Finally, I got the chance to use that door and the graffiti.’

‘Dumbledore is based on a friend who lives on the other side of the world,’ he says. ‘He was extremely kind. He’d seen my original sketches and posed in the same positions as those and sent me these wonderful photographs. Then I would wear this sort-of purple, reflective outfit and sit in front of a mirror to get the lighting and shade right.’

‘I like symbolism in paintings,’ Jim says, and a rogue piece of trivia I didn’t know I knew comes to the front of my mind. The word ‘mantis’ means ‘prophet’ and it’s traditionally supposed to be a symbol of patience, intuition and wisdom.

‘There’s a praying mantis in there because to me Dumbledore is honesty. He’s honest and wise, but there’s always a catch to his honesty because he holds information back, too. Then there are Sherbet Lemons, but that’s just because he likes Sherbet Lemons. He wrote a book on dragon’s blood, so that’s in there too. The vase is a real vase that I saw at the Metropolitan Museum in New York many, many years ago. There’s no real connection there, I’d just seen it and liked it.’ 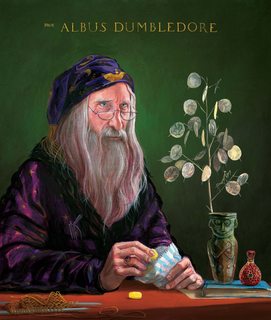 So Jim already knew a Hermione and a Dumbledore in his life. Did he know all of these people before he drew them, I ask, or did he approach strangers?

‘Harry was the last one I found, actually. I spotted him on the London Underground. He was hanging from the tube bars like a monkey and he had his mum with him so I said ‘this might be a bit strange but your son has a fantastic character.’’

Jim doesn’t just guess at scale, though. He’s more meticulous with his craft than that. Jim builds little models of every character with plasticine and places them gently in his cardboard Hogwarts so he can test out the way the light hits each one at different times of day. To get Hagrid right, he lined up a set of those little plastic army solider toys to represent the kids at Hogwarts and then built his own Hagrid figurine to the right scale.

‘I arrange them all like they’re in a tiny toy theatre. That helps me,’ he says. ‘You imagine if you were filming it, where you would put the camera. It’s different for every illustrator but I need something tangible in front of me.’