Do any versions of The Avengers/Stark Tower have a flying defense robot similar to this one?

For Christmas, I received this LEGO set of the Avengers Tower. 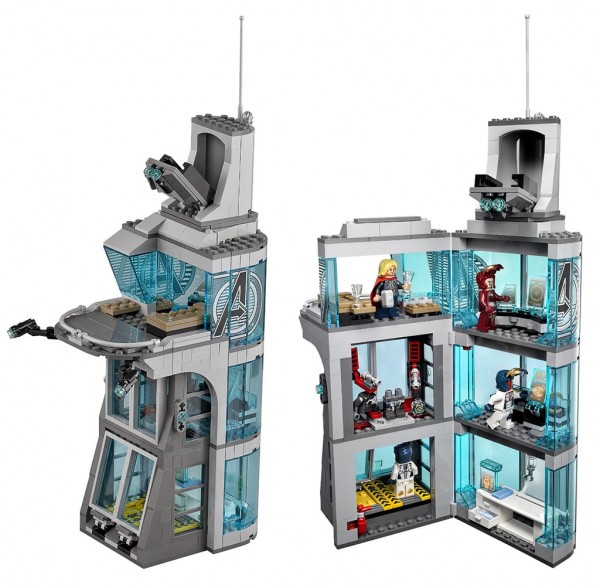 It comes with some sort of flying robot defense-system that launches from the very top of the tower. 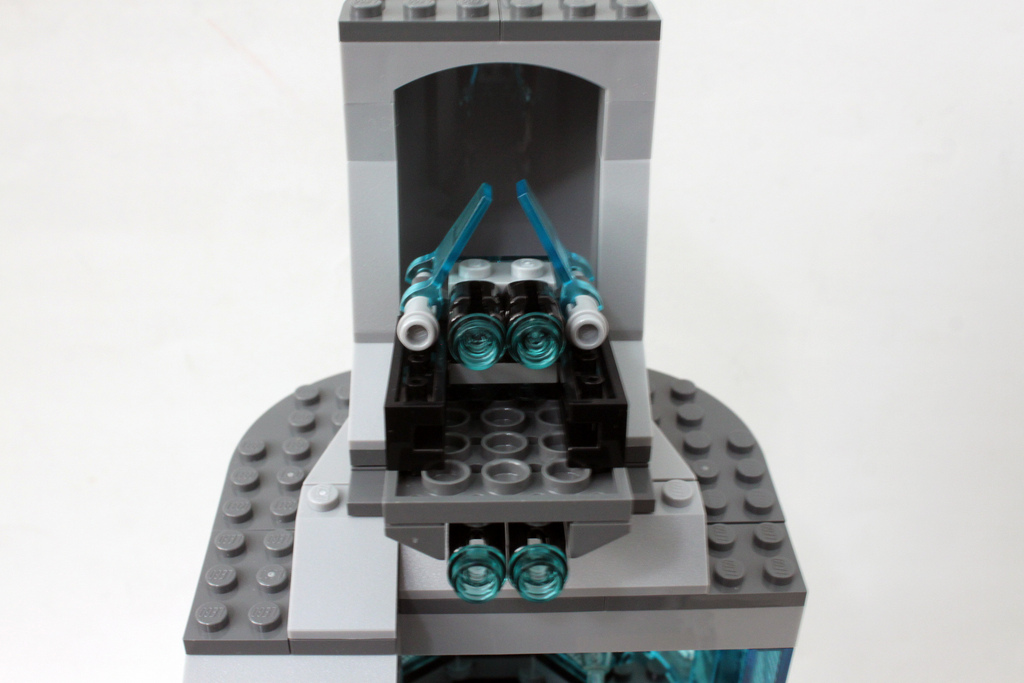 The set is mostly based off Avengers: Age of Ultron and the robot is really the only part of the set that seems unrelated to that film.

Have any other versions of The Avengers/Stark Tower (from comics, cartoons, etc.) featured a robot similar to the set's?

Apparently, this is a "hidden drone" according to the Toys R Us web site: 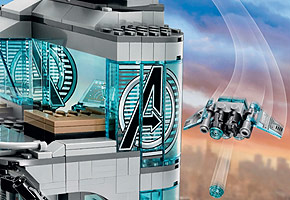 Send the Iron Man mini figure to the JARVIS control room to activate the hidden drone, which features a stud shooter that will prevent the Ultron Mark 1 mini figure from getting away.

Appearances in media: none

There do not appear to be any appearances of this specific hidden drone in Stark Tower in comic books, nor does it appear in any MCU films or television series.

The drone seems to have been created purely for this Lego set.

It isn't the right armor, but Superior Iron Man used similar drones in that mini-series. Though they aren't really used offensively and are more meant to observe Los Angeles.

Not the answer you're looking for? Browse other questions tagged marvel marvel-cinematic-universe avengers robots lego or ask your own question.