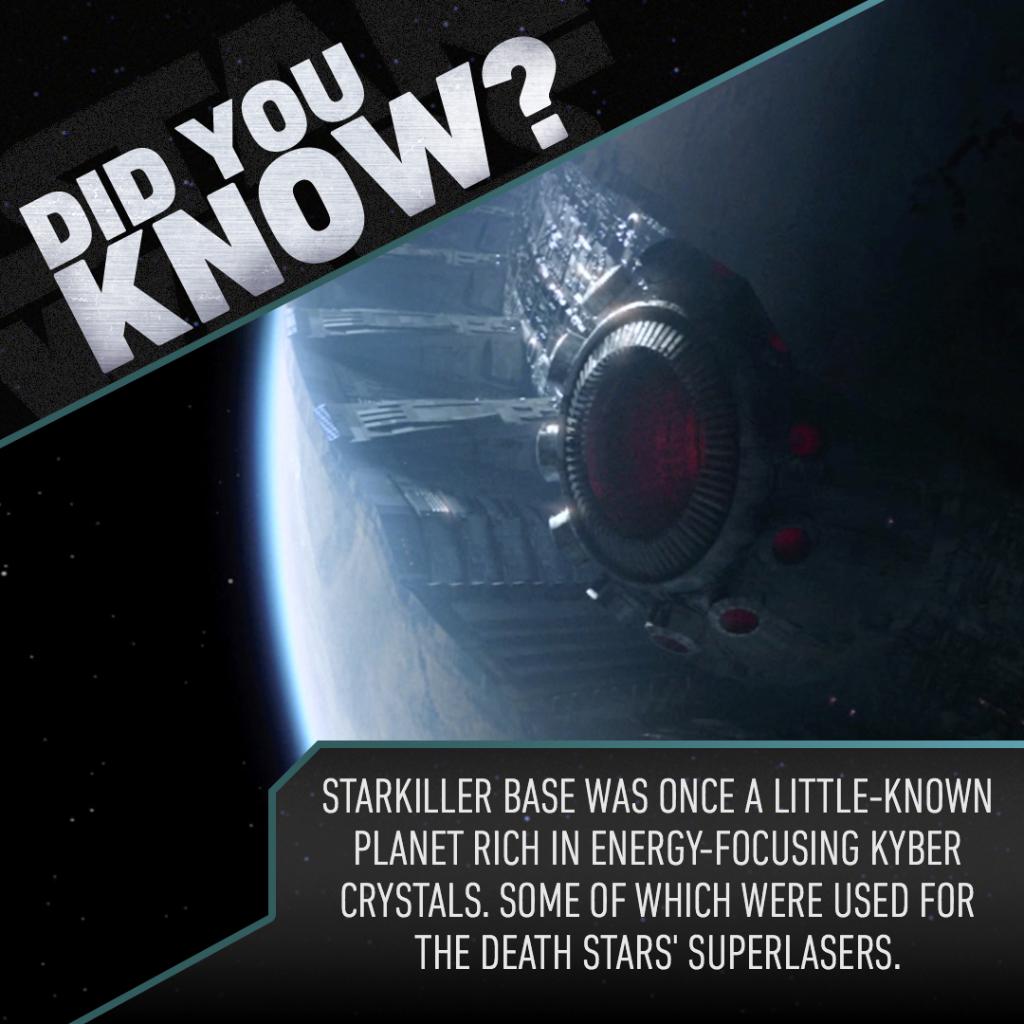 Starkiller base and the superweapon contained within did indeed make use kyber crystals, specifically to store the 'dark energy' (harvested from whatever star it was in orbit of) ready to be converted into a destructive beam capable of penetrating hyperspace.

Ilum was extensively mined by the Empire in the search for kyber crystals for the Death Stars’ superlasers; its deeply scarred surface and hollowed-out crust made it a perfect candidate for conversion into a superweapon. Charging the Starkiller’s dark-energy cannon required it to consume the energy of an entire star, which was then stored in the planet’s crystalline interior, regulated by a thermal oscillator until ready to fire.

3
When did the Galactic Republic become known as the Old Republic?
23
Which planet became Starkiller Base?
15
Did the Resistance know about Starkiller Base and if not, how was it hidden so well?
4
Why didn't the First Order mobilize their fleet to protect the base right before they used the weapon in “The Force Awakens.”
5
How easy is it to build superweapons?
22
How did the First Order build Starkiller base so quickly?
1
Is Starkiller Base protected with a different shield technology?
30
Is the Death Star more advanced than Starkiller Base?
4
Why did Yoda tell the Rebels to go to Malachor?
6
Why are kyber crystals so expensive on the black market?