Why did the TIE fighter in The Force Awakens have life support?

In The Force Awakens, Finn and Poe steal and escape in a TIE wearing no personal life support apparatus. TIEs have been upgraded with shields, hyperdrives (for "/sf"), weapons etc, but as far as I know they weren't upgraded with built in life support.

Finn and Poe should have frozen and/or suffocated after hitting space in the TIE. In the Rebels series, Sabine did the same thing. I've looked at what Wookieepedia states about the TIE as well as the old video game Star Wars "TIE Fighter".

Does the movie or any other work explain how Poe and Finn survived?

We don't know for sure from canon.

The Rogue One Ultimate Visual Guide confirms that canonically, the original TIE fighters did have minimal life support. 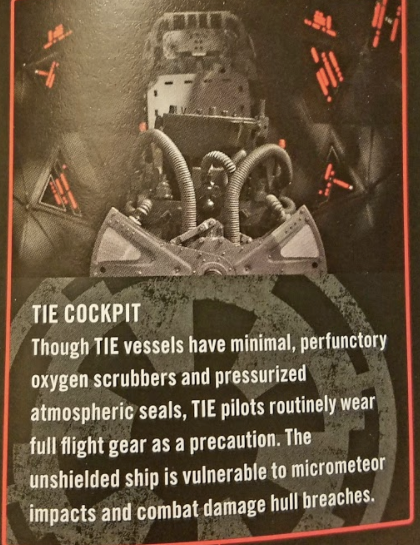 We can therefore assume that this tradition carried over to the TIE fighters shown in The Force Awakens.

The TIE they steal has some noticeable differences from the originals. It may also be different from other ties in TFA, though I don't have a strong source for that. Wookieepedia states that this is a Special Forces TIE.

These differences clearly include the second seat and turret, as well as an allusion to a hyperdrive, since they talk about travelling to another system, which would be impossible for most ties seen in the original trilogy. "That's a short range fighter".

It therefore stands to reason that this variety of TIE could have a life support system built in, especially if its built for longer trips.

There is also another possibility:

That all new TIEs have life support. The fact that the pilots wear full environmental gear is meant as a redundancy in case the life support is shot off/damaged during combat. This way, the loss of life support systems does not mean that the TIE in question is immediately out of the fight, or result in a catastrophic loss of life.

In fact, aside from the red stripes of the /SF fighters, there were very few or even no differences between it and a regular variant TIE. Finn could've selected that particular ship because he knew that the SF ones don't require them to get into a pilot's suit.

In a movie, you don't want all your characters to be on screen wearing impenetrable helmets. There are more than enough helmets in this movie already! :)

This was fine for scary bad guys in the original trilogy, but the rebellion heroes got silly football helmets so you could tell them apart. Imagine how odd the episode 7 dogfighting sequences would have been if all you saw were the same helmets over and over with slightly different voices, instead of the range of species and sexes that were seen. (As I recall, even at least one video game I've played that showed ship-to-ship video comms managed to show pilot's unshrouded heads even though my pilot avatar was wearing a helmet!)

So they were probably breathing by the Force Of Costume. (Kind of like the Force of Plot, but snazzier.)

Keep in mind that the only reason X-Wing pilots aren't seen wearing breathing apparatus on their helmets in ANH as originally intended is because Lucas felt it important to be able to see the pilot's faces. There's even some photos of the prototype floating around online, which clearly still has the breathing apparatus attached.

In-universe: remember that the Empire is big on suppressing outward individuality. Do Stormtroopers really need to be wearing their helmets (which can also be vacuum sealed) all the time, even while on space stations and starships where there should be no immediate environmental hazards? Of course not, but it's all part of the ethos and mentality of the Imperial military. Recall how Phasma chastised Finn for removing his helmet "without permission" after they returned to the 'Finalizer'? It was probably no different back in the old days of the Empire.

In the case of the pilots it has the added bonus of being practical that in the event of a breach, they're already suited up, they just need to activate their seals and turn on their closed oxygen supply. Possible downside: restricted vision and an over-dependence on heads-up telemetry perhaps?

They're in a Special Forces TIE fighter. SF TIES are much more advanced than normal ones, with a deflector shield, hyperdrive, and advanced missiles, so we can assume that it also has life-support if they manage to fly in it without their eyeballs bleeding then exploding.

2
Why do Imperial TIE Fighter pilots wear space suits?
22
Why does the TIE Fighter Poe Dameron and Finn steal have 2 seats and require a gunner?