In his comments here, our esteemed colleague Tango insists that he saw a version of Batman (1989) in which the Joker's iconic line:

Where does he get those wonderful toys?

was edited down to:

Get those wonderful toys.

I was obsessed with the movie when it came out (as were many people my age - roughly 10-11 years old at the time), and saw it in the theater 8 or 9 times over the course of the first month or so after it was released. Every time I saw it, I heard the whole, unedited line.

I then bought it on VHS as soon as it was possible to do so, and watched it dozens of times; again, the line was unedited.

A few months ago, the movie was briefly put into heavy rotation on a cable channel, and I watched it a couple of times for nostalgia's sake. Again, the line was intact: "Where does he get those wonderful toys?"

This is arguably the most recognizable, iconic dialogue in the entire movie (with the possible exception of "I'm Batman"), and was even parodied in the movie Mallrats six years later. This is precisely why I have trouble believing that the line would have been tampered with - even if I hadn't seen the movie so many times in several different formats, it would still be difficult to imagine the studio (or anyone else) messing with the best-known piece of dialogue in the entire film.

Is there any evidence that some versions of Batman (1989) changed the line "Where does he get those wonderful toys?"?

tl;dr: The copy Tango watched had been damaged and repaired. In order to repair the film, the projectionist cut out the part of the film with the beginning part of that line.

There's no way for me to prove this definitively, but I have a pretty good idea what happened.

I was a projectionist at a movie theater for a few years in the late 90s/early 2000s. This was before movies were projected digitally. At that time a movie was delivered to the theater on four to six reels, which we then built up into one continuous reel on a large platter next to the projector.

To play the film, we had to thread the film through a "brain" in the middle of the platter that controlled the speed of the platter as the film showed, then through a series of rollers, as well as the projector itself. The beginning of the film was then attached to a ring on another platter so as the film played, the used film would wrap back up so it could be re-threaded and re-shown at the next showing. 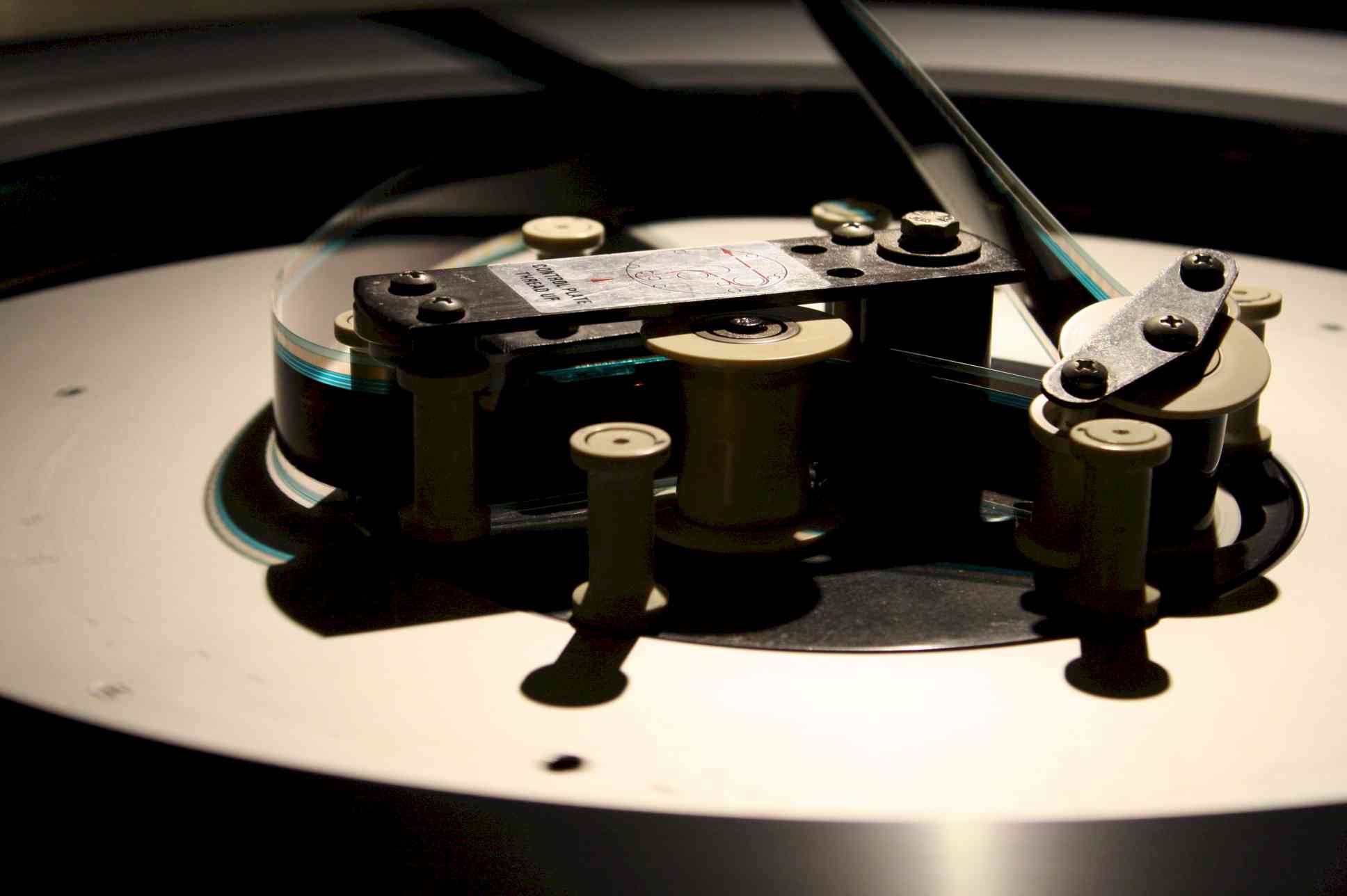 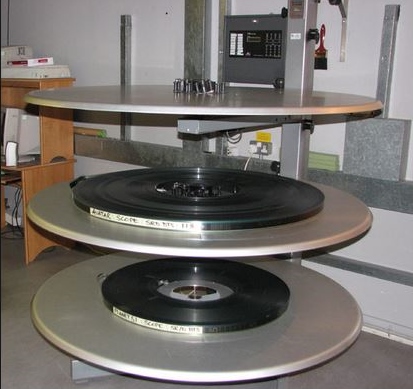 Now, there are a lot of opportunities in this Rube Goldberg-like setup for something to go wrong. The most common problem was static electricity would cause two layers of film to stick together. They would get drawn into the brain causing a jam which breaks the film. Another common problem was the film would sometimes jump one of the rollers on the outside of the brain and get hooked. This would cause the film to wrap around the brain until it tightened enough that the film could no longer get drawn through. The film would stop in the projector and the heat of the bulb would melt it.

To fix the film when it breaks this way, you have to cut the damaged section of film out, and splice together the two ends of the remaining film. Depending on how damaged the film got, you could cut a few unnoticeable frames out, or whole seconds or even minutes of film. This usually didn't happen to a film within the first few weeks of showing it, but a very popular film that stayed in the theater for months might get damaged several times.

I don't remember how long Batman (1989) was in the theater, but I wouldn't be surprised if it stayed for months. It's very likely that Tango saw a copy of Batman that had been damaged right at that iconic scene, and the projectionist had cut out the beginning part of that line and spliced it back together in order to fix it.

He says it the original way in the film's Official Novelisation

It took the Joker a second to recover.
“Those toys!” he exclaimed at last. “Where does he get those wonderful toys?”
He looked around at his boys. They seemed every bit as flabbergasted as he was. “Well, don’t just stand there!” he yelled. “Go and ask him!”
They went. The Joker sighed. Did he have to think of everything around here?

And the film's Screenplay

JOKER:(recovering) Those toys! Where does he get those wonderful toys?
(to the Goons)
Well don't just stand there!
GO AND ASK HIM!!!!

I've seen some webchatter about the VHS version having a sound glitch that made it sound like the first part of that line was cut off, but I've not seen any indication that this was a deliberate edit.

I owned the VHS copy of Batman and the version that I had, the line was cut down to "Get those wonderful toys". I thought I was going crazy and had many heated arguments with the other kids st school, until I finally brought the tape at school and we all watched the iconic scene with the edit line. To this day, I don't know why it was like that, but it was!

My VHS copy of the film also had the edit. "Get those wonderful toys" is all that can be heard. I remember my mom quoting this movie when her and my dad saw it in the theater, and when they bought it for us kids to watch on VHS, she was confused because the entire line wasn't there. My DVD copy is corrected, though.

My VHS tape also had "where does he" cut, so the line was only "get those wonderful toys." It's a pretty obvious error, as others have pointed out, since it's such a great line in the film. Since some people say their VHS has the full line intact, it must have been a mistake in some runs of the cassettes that was later corrected. I'm fairly certain we bought the tape when it was first released.

Editing mistakes are not unheard of in video releases. As audiences, we're probably a lot more sensitive to them now. The recent director's cut blu-ray release of Star Trek II, for example, had an editing mistake in the opening scene.

Not the answer you're looking for? Browse other questions tagged dc batman-1989 or ask your own question.