Me and my mate were talking about TV shows we watched, growing up, and we both have vague memory of the same show.

In the show, the characters would jump through portals, and pop out in weird alternate universes. My mate specifically remembers a weird 'Suburbia'.

We can both remember an evil lobster, but they may have been a main antagonist, or in a single episode.

We live in Australia, but can not remember the network, nor country of origin.

We don't remember any markings akin to Star Wars or Star Trek, but we can not rule it out.

Reading through the premise, and watching a youtube video, "Sliders" does remind us of the series, but we are still not 100% sure this is it.

It is possible that I am remembering elements from Parralax, regardless of whether this is the actual series we both remember. I definetly use to watch Parralax, as a kid, but it does not fit the time frame my friend remembers. Parralax would air after school, and he remembers the show airing at night time.

The deciding factor would definetly be those 'antagonist lobsters'.

Maybe Parallax, which aired in Australia in 2004.

It involves characters going through a portal to jump to various parallel universes. Wikipedia mentions a "hippie world", a "techno world", a "forest world", and others.

I can't find anything about a lobster alien, but there is a weird alien shown in the intro at about 11 seconds in.

It's possible that you are thinking of Stargate SG-1.

The show follows a team of scientists and military officers that use advanced alien technoloy called a Stargate, which opens a stable wormhole between two distant gates. You use these gates to planet-hop. 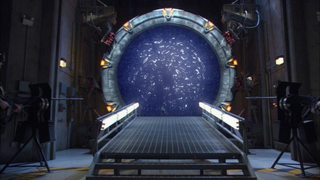 The early episodes had a very strongly Egyptian feel to them -- the primary "bad" aliens were supposedly the influence behind Egyptian mythology -- but they also travelled to a lot of other varied planets and met lots of cultures.

There was a broadly lobster-like creature called a Reetu (or Re'tu) that appeared a couple of times. It's not really evil, though I believe their first appearance a "rebel faction" would have seemed like the antagonists. Here's a shot of a bunch of them: 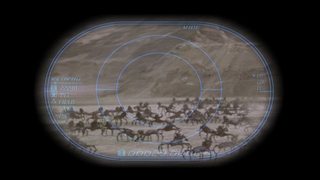 Adding to phantom42's answer, I did some work on the website for Parallax way back in 2004, and have a backup of some of the images.

The purple lobster-like creature seems to be a Krellick: 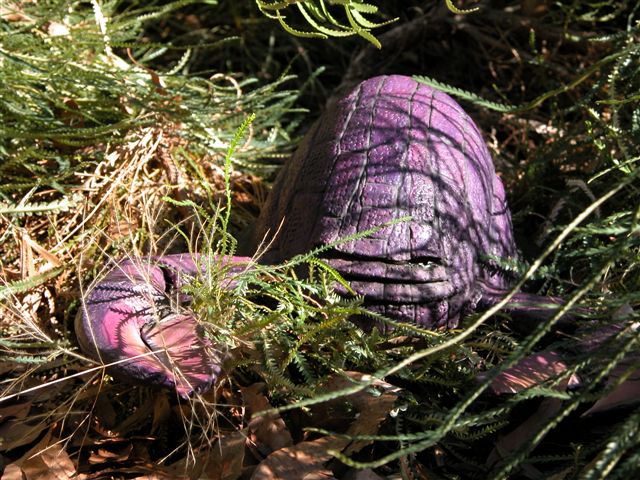 The flying purple creature from the promo video is a Welkin: 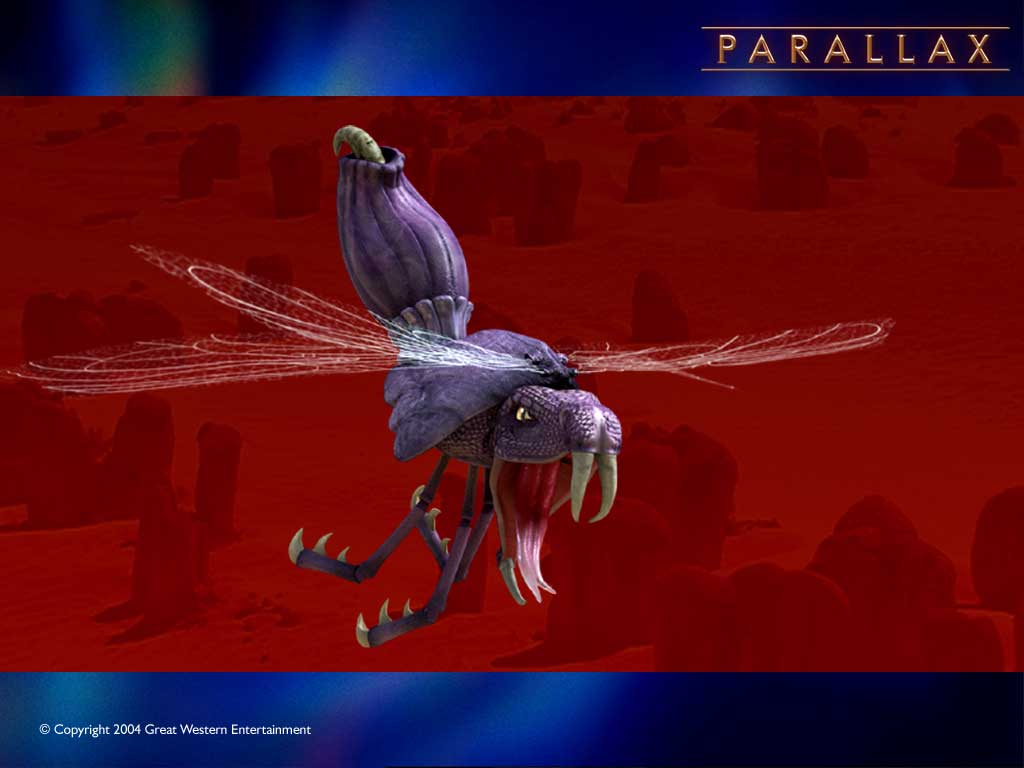 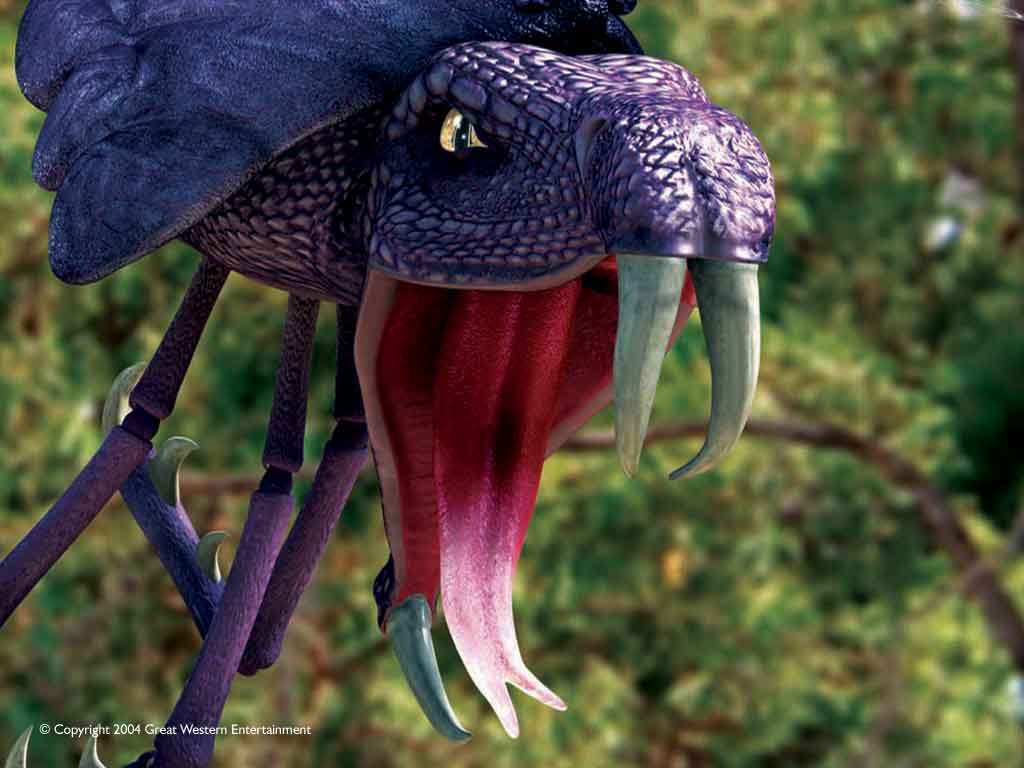 There's a whole heap of Krellicks in this video, starting about 11 minutes in:

Could it be the TV series Sliders

I too had wondered for ages about this show. I originally watched it in Cuba. I remembered they wore suits and created portals with their hands.

After searching online for hours I found it! I hope it's the same show you were looking for. It's called Spellbinder!

A group of teenagers go on a school camp in the Blue Mountains in Australia. While at the camp, Paul Reynolds accidentally goes into a parallel universe. This other world is inhabited by a more hierarchic and technologically different society, ruled by a group of people known as Spellbinders. Paul meets a girl there named Riana, and they become friends.

The Spellbinders have discovered the power to create and manipulate static electricity. They fly in gigantic copper-coloured machines that utilise large rotating orange crystals, presumably creating some form of magnetic levitation. The Spellbinders often use their power for good, but some abuse this power and use their discoveries for malevolence. One such malevolent Spellbinder is Ashka, who often manages to hide her true nature. Common people are often "banished" for their misdeeds, and sometimes Spellbinders are banished, also, if they are proven to have done wrong.

There is tension from Paul's forays into the land of the Spellbinders and his attempts to return to his own universe, and also from conversations Paul has with his friends across the barrier between the two universes. Paul and Riana's escapes also add tension, as do the interactions between Spellbinders.