Did Sidious really kill Plagueis in his sleep?

Palpatine was talking to Anakin about Darth Plagueis in Revenge of the Sith:

The whole scene can be seen here, with the quote above at 1:21.

We definitely know that the »apprentice« was Sidious himself, but did he really kill his master in his sleep?

This would be a major violation of the philosophy of Darth Bane's Rule of Two, which states that the apprentice must defeat the master in an open fight and that only the stronger one should survive to make the Sith stronger as a whole.

Also, lying to Anakin would make some sense, as it makes it seem easy to him to kill Sidious whenever he wants, which may reduce his resistance to joining the Dark Side.

I'm asking this question because the quote above is the only real information about Plagueis' death I could find. Did Sidious actually tell the truth?

Pablo Hidalgo (LucasFilm's and then Disney's canon expert, high level employee and creative mind) conclusively confirmed the fact on his Twitter account. The only caveat is that - at least in early 2016 - his twitter account had an explicit note that the twitter feed is NOT to be considered a canonical source.

This info largely cloned from my earlier to Snoke/Plagueis question

We don't know. All we know is 100% contained in Sidious' words to Anakin, and as you wisely noted, there's nothing to stop him from telling the truth "from a certain point of view", to use Obi-Wan's terminology.

“Oh, well, it is a tragedy, after all, you know. Once he has gained this ultimate power, he has nothing to fear save losing it—that’s why the Jedi Council brought him to mind, you know.”
“But what happened?”
“Well, to safeguard his power’s existence, he teaches the path toward it to his apprentice.”
“And?”
“And his apprentice kills him in his sleep,” Palpatine said with a careless shrug. “Plagueis never sees it coming. That’s the tragic irony, you see: he can save anyone in the galaxy from death—except himself.”
“What about the apprentice? What happens to him?”
“Oh, him. He goes on to become the greatest Dark Lord the Sith have ever known …”
“So,” Anakin murmured, “it’s only a tragedy for Plagueis—for the apprentice, the legend has a happy ending …”

“Unfortunately, he taught his apprentice everything he knew—and then the apprentice killed him in his sleep.” Palpatine smiled slightly. “It’s ironic that he could save others from death, but not himself.”

It's unknown at this time, but there are multiple hints which people interpreted as Supreme Leader Snoke being Plagieis.

NOTE: Even if that theory is true (personally, I regard it as unlikely as explained in my Snoke/Plagueis answer), it STILL doesn't prove that Sidious lied - it could be that he thought he killed Plagueis, and either Plagueis tricked him; and didn't die; OR that he "resurrected" himself via his mastery over the Force and Midichlorians that Sidious was telling Anakin about.

"Plagueis" novel by Luceno explains Sidious' thought process: he basically already considered himself the Master, and Plagueis merely a useful pawn/teacher combination, not a genuine Master.

“I could save you, of course. Return you from the brink, as you did Venamis. I could retask your body to repair the damage already done to your lungs, your hearts, your aged brain. But I’ll do no such thing. The idea here is not to drag you back at the last moment, but to bring you to death’s door and shove you through to the other side.”
Sidious sighed. “A tragedy, really, for one so wise. One who could oversee the lives and deaths of all beings, except himself.”
The Muun’s eyes had begun to bulge; his pale flesh, to turn cyanotic.

“You may be wondering: when did he begin to change?
“The truth is that I haven’t changed. As we have clouded the minds of the Jedi, I clouded yours. Never once did I have any intention of sharing power with you. I needed to learn from you; no more, no less. To learn all of your secrets, which I trusted you would eventually reveal. But what made you think that I would need you after that? Vanity, perhaps; your sense of self-importance. You’ve been nothing more than a pawn in a game played by a genuine Master.
“The Sith’ari.”
A cruel laugh escaped him.
“Reflect back on even the past few years—assuming you have the capacity. Yinchorr, Dorvalla, Eriadu, Maul, the Neimoidians, Naboo, an army of clones, the fallen Jedi Dooku … You think these were your ideas, when in fact they were mine, cleverly suggested to you so that you could feed them back to me. You were far too trusting, Plagueis. No true Sith can ever really care about another. This has always been known. There is no way but my way.”
Sidious’s eyes narrowed. “Are you still with me, Plagueis? Yes, I detect that you are—though barely.

Moreover, we know that Sidious did not actually take the Rule of Two for a gospel: first, he himself had multiple simultaneous apprentices; second, he never ever intended to let an apprentice beat him

The latter is confirmed by WoG: "Plagueis"'s author James Luceno in an interview said:

Q: Is it safe to say that Sidious did not follow the Rule of Two?
A: Sidious doesn't follow rules of any sort.

Even more ironically, Plagueis himself didn't believe in the Rule of Two and intended to rule forever, as he told HIS master when he killed him:

Plagueis pried the Bith’s thin hand from the fabric and grinned faintly. “Yes, Master, your death comes at my bidding. You said yourself that perpetuation with purpose is the way to victory, and so it is. Go to your grave knowing that you are last of the old order, the vaunted Rule of Two, and that the new order begins now and will for a thousand years remain in my control.”

The (fully Disney Canon) Star Wars: Absolutely Everything You Need to Know factbook states that Sidious "eliminated" Plagueis. Whether this occurred in his sleep is not stated but I fail to see how this could be read any other way than his having killed him. 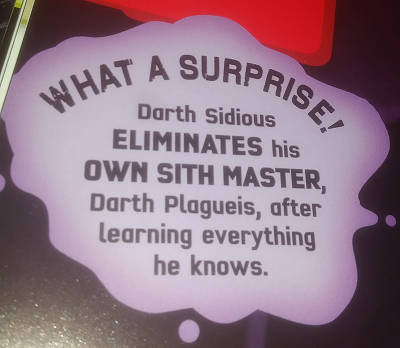 66
Does the Rule of Two Serve any Actual Purpose?
67
Is there evidence to suggest that Supreme Leader Snoke is Darth Plagueis?
30
If the Emperor and Vader agree to recruit Luke, doesn't that violate the Rule of Two?
6
Because of the Rule of Two, is/was Sidious the strongest Sith ever?
17
Is Darth Sidious really Darth Sidious?