What does the Rebel Alliance logo represent?

This insignia is pretty common and recognizeable, but I'm not sure I have any idea what it represents. It looks sort of like the shape of a ship, but the Rebellion doesn't have any ships of this shape that I can recall. 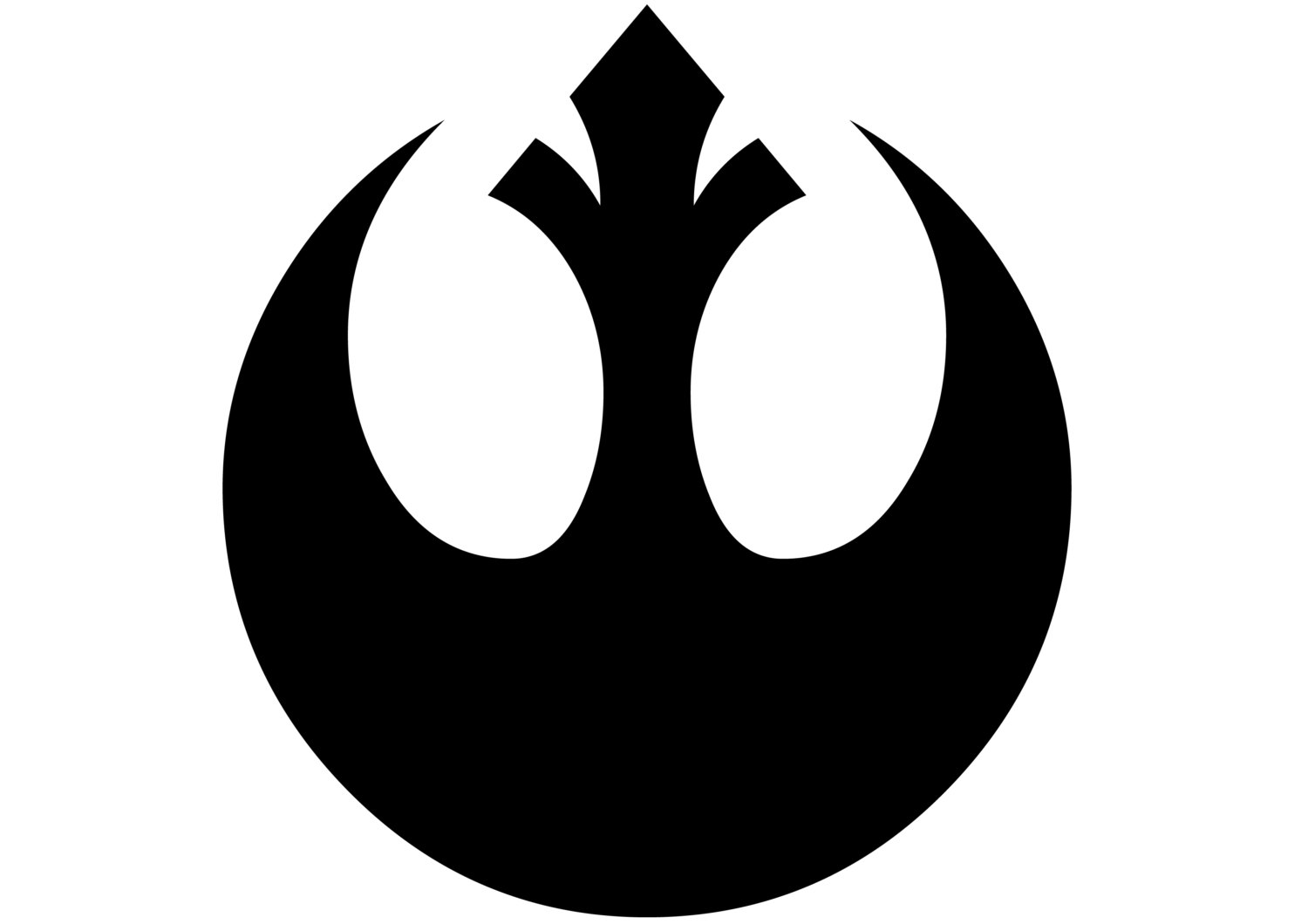 In Disney Canon its origin is currently unconfirmed. But it's likely based on Sabine Wren's personal Starbird graffiti tag and/or the Jedi Crest.

In Star Wars: Rebels, Mandalorian weapons expert and painter Sabine Wren uses a stylized Starbird (based on a mythological bird similar to the Phoenix, which can never die and renews itself in a nova) to tag Imperial ships and propaganda on Lothal.

However, by Season 2 the show hasn't reached the point in history where the familiar crest comes into general Rebel use, but the design of Sabine's Starbird is clearly intended as an origin of the cleaner crest we know so well.

The visually-similar Jedi Crest obviously predates Sabine's logo, and was worn by Jedi generals on the shoulders of their armor during the Clone Wars.

We can therefore speculate that the final Rebel design may be a combination of these two - evoking both the rebirth and rebellious spirit of Sabine's Starbird, and the history and hope of the Jedi Order.

The Rebels version of the Starbird logo was designed by concept artist Chris Glen.

"I'm probably most proud of the Rebels' phoenix logo. I made it one day on a whim while working on really early versions of the Ghost ship, and it's remained unchanged all the way through marketing. It's meant to hint at the Rebel Alliance symbol that will appear in the later films." ―Chris Glenn, Star Wars Insider 154

It is the crest of the Marek family. At the end of The Force Unleashed videogame,

the Rebel Alliance adopts it after Galen Marek's sacrifice.

We now have canon confirmation of the origin of the Rebel Alliance symbol. It is, according to the new Star Wars: Absolutely Everything You Need to Know, Updated and Expanded edition based on two elements; The three-pronged symbol favoured by Saw Gererra and the starbird graffiti tag designed by Sabine Wren. 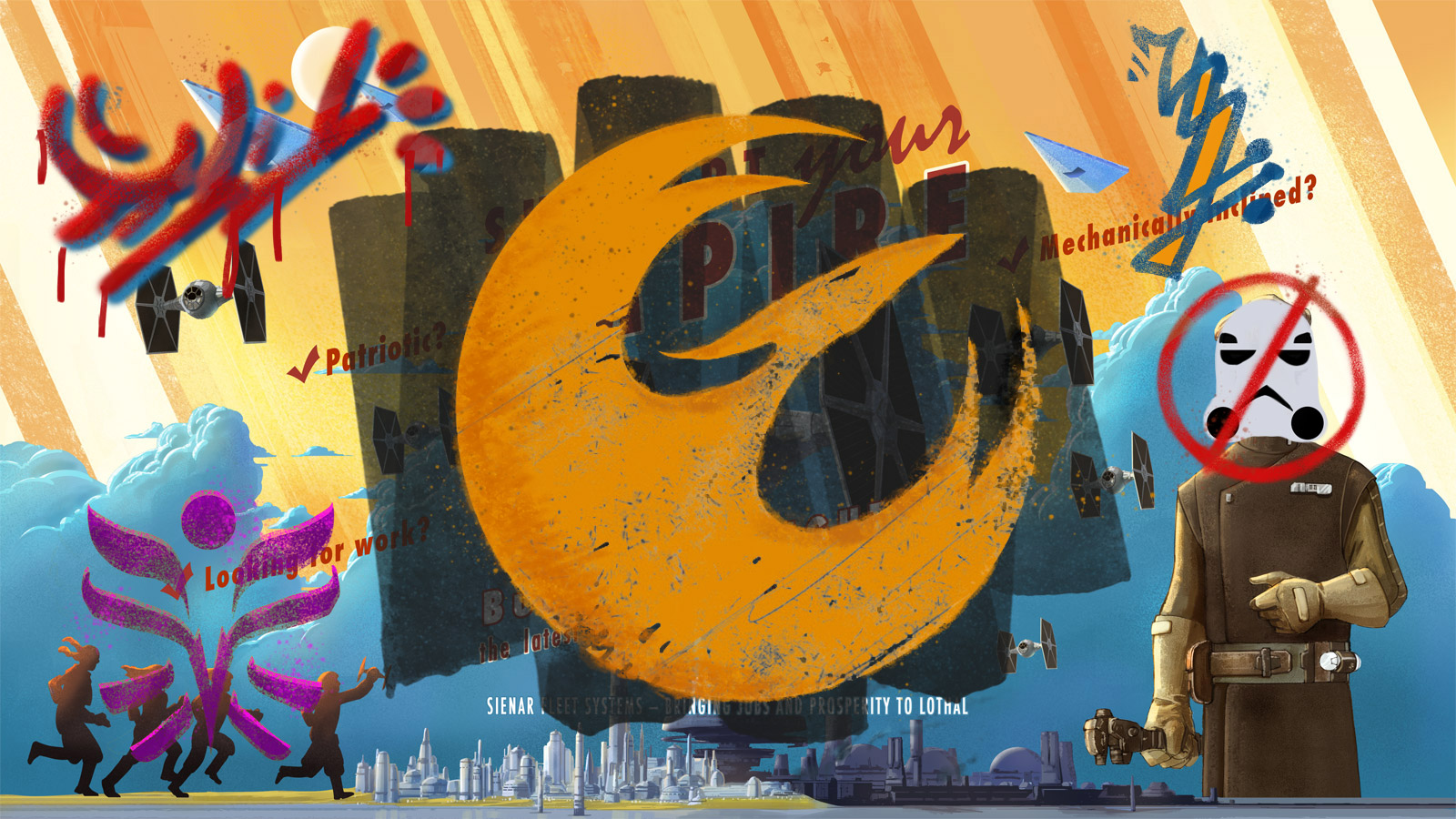 The trident-like top image shows a great resemblance to the symbol seen in a few Clone Wars episodes, for example on Saw Gerreras' shoulder.

He's going to be in Rogue One, which brings me to the conclusion that we might see him in Rebels as well. After all, Rebels is supposed to tie in to Rogue One at some point and what better way to do it than bringing back a freedom-fighter like Saw and showing the origin of the Rebellion logo?

43
What are those two silvery objects resting on Ben Kenobi's table when R2-D2 plays Princess Leia's message?
28
When and why did the Rebel Alliance adopt the phrase “May the Force be with you”?
11
What is the out-of-universe origin of the Rebel crest?