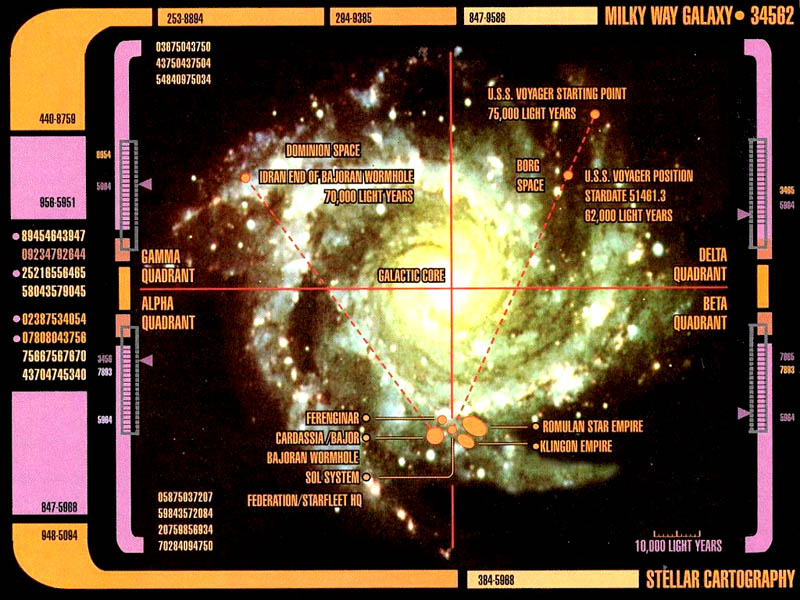 36
Were the Dominion aware of the Borg?
81
Can anyone explain the Star Trek astrography (i.e. quadrants)?

23
Was Seven (of Nine) really 24 years old?
8
If the link to the hivemind was severed, what effects would this have on the Borg?
46
Why did Captain Janeway decide it would be better to deal with the Borg than Species 8472?
13
Do the Borg really only assimilate civilisations, not individuals?
14
Is Sisko referring to the events of First Contact here and if so how does it affect things?
16
Why were DS9's uniforms different?
50
Why does Captain Kirk wear green in the DS9 episode Trials and Tribble-ations?
13
Q Who - Was it a warning or did it cause the Borg threat?
15
Is the Klingon's view of the Federation supposed to reflect the (future) Federation's view of the Borg?