Is there an explanation for the number of planets in the federation?

In the Star Trek universe the Federation seems to encompass a lot more (habitable) systems than the Romulan and Klingon empires relative to its size. Was this ever explained in the show? 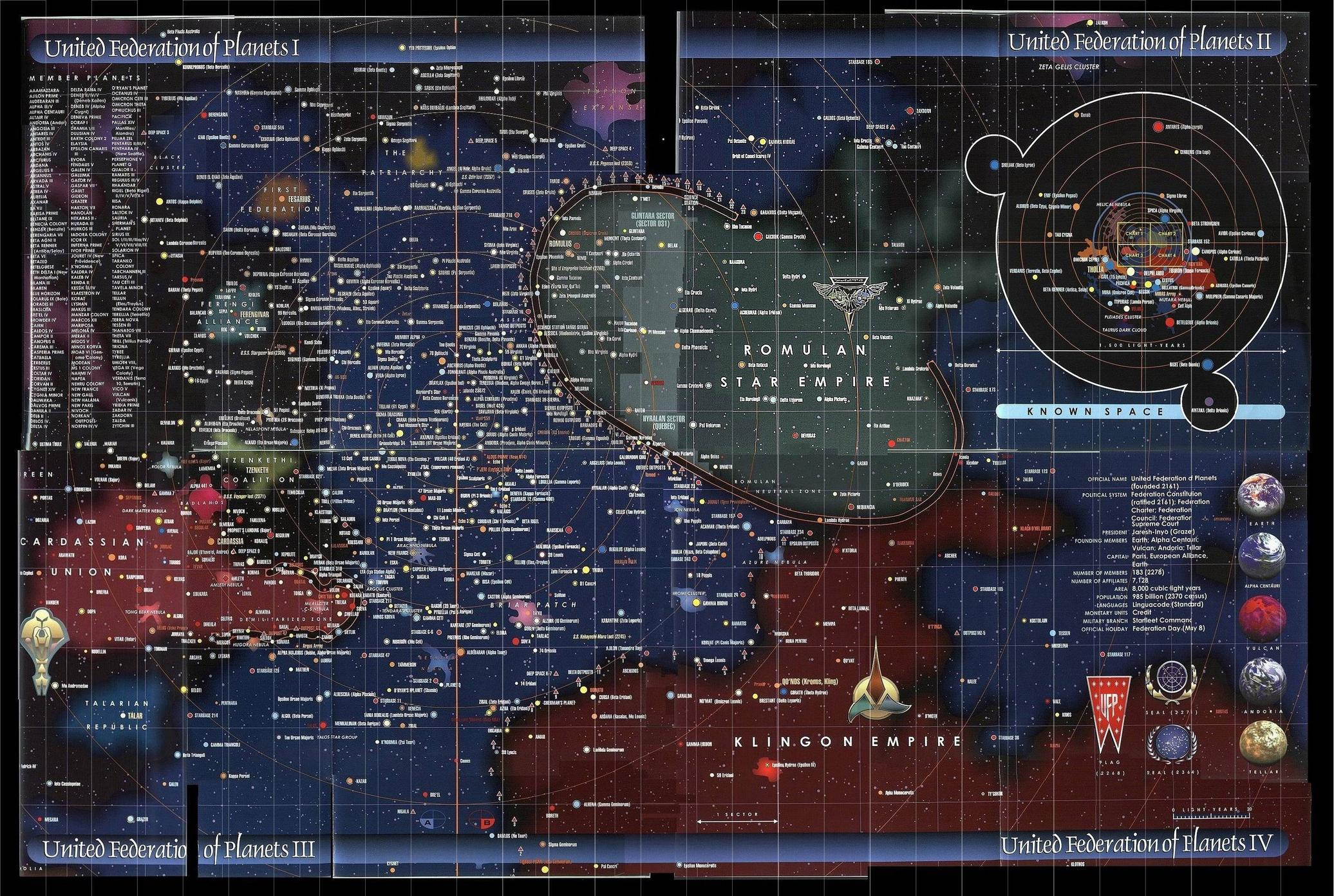 One possible explanation is that the Federation is much more diverse in regard to member species and the the rights (for colonization) that these members have. That way the range of planets that are inhabitable is much wider.

The Klingon Empire, the Romulan Star Empire and the Cardasian Union are practically single-species empires. Any other species are second-class citizens at best and slaves at worst.

So the Federation has following advantages when it comes to colonization:

Who created the map (in-universe)? Note that it is labelled "United Federation of Planets".

In reality, maps tend to be creator-centric, with many biases towards their own region. Especially, if the map is for a region, the surrounding area may be shown in less detail to make it easier to see the detail in the "important" region.

The Federation is inclusive by its very nature. It's friendly. It wants people to join the club. That in itself goes a long way towards explaining its huge territory.

By contrast, the Romulans are isolationists and the Klingons expand via conquest, which is a lot harder than smiling at someone and inviting them to come over for peace and biscuits.

As for the planet density within Federation space, that's almost certainly down to audience bias and intelligence considerations. In how much detail do you suspect the TNG-era Federation knows the "geography" of the Romulan Star Empire? And why would the TNG-era Federation internally distribute well-detailed maps of Klingon space? Nobody's going to be hopping on a transport there to get to work each day.

34
Is there an in-universe explanation for the Roman Empire terminology used for the Romulans?
4
Is there an in-universe explanation for Star Trek-era designs paralleling 20th century fashions?
15
What word describes organisations like the Federation, Klingon Empire, and Dominion in Star Trek?
3
How many interstellar powers existed during any time?
8
Was there any real-world inspiration for the DS9 episodes “Homefront” and “Paradise Lost”?
16
Was the use of Klingon ships by Romulans ever given an off screen explanation?
4
What is known about Klingon aphrodisiacs?
26
Did the Federation have any large starbases orbiting other planets?
3
Does Star Trek provide an answer for the size and shape of the universe?