Who's the guy in the snow-speeder?

These set photos and concept art images were released by Disney to highlight a number of scenes that were deleted from the film, notably the "Snowspeeder Chase" scene that was trimmed to bring the film down from a leg-cramp-inducing 3 hours.

In the novelisation and script, the speeder contains Rey and Finn. I was intrigued to see that her companion is a wiry looking white guy. Is this still supposed to be Finn (or perhaps his stunt double or stand-in) or is it a different character entirely? 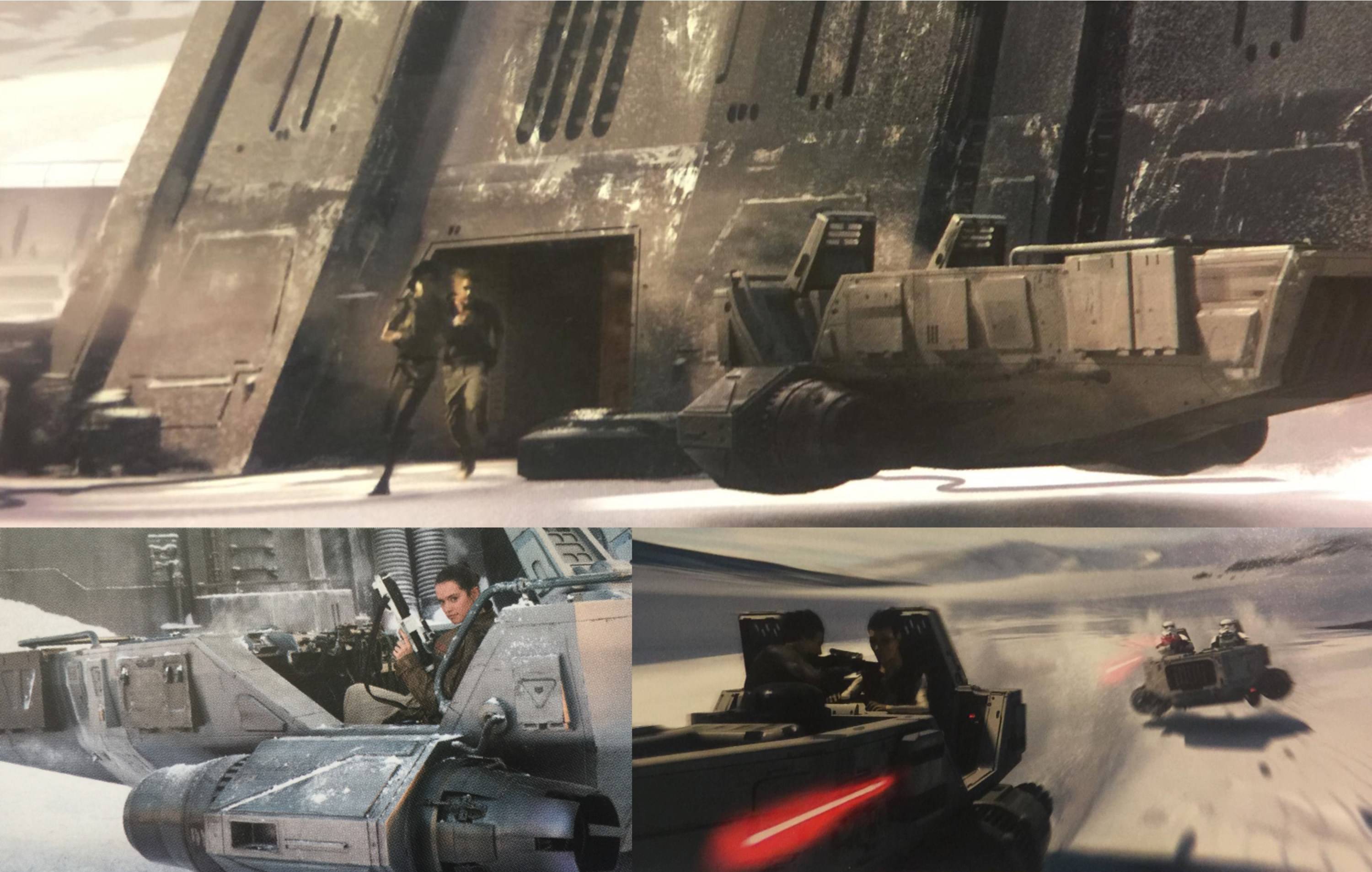 I don't think there is any reason to believe that character is anyone else other than Finn, other than the concept art shows him as not being dark skinned. It was likely created before the casting of John Boyega.

I just watched the movie again. When Rey and Finn start to climb the outside of the giant regulator building you actually see a quick glimpse of the snow-speeder they must have just used.

You can see where the deleted scene likely was. Han and Chewie enter the building, and then Rey and Finn are somewhere and manage to trigger all the doors to open. Next we see Rey and Finn outside the building (next to the snow-speeder) starting to climb. For some reason they needed to go somewhere else to open those doors, and then likely had a hectic race back to help Han and Chewie.

Boyega, who was born in London to Nigerian parents, went through seven months of auditions before being told he had the role and when it was announced he was the recipient of some racist internet bullying. But he responded by posting a message on Instagram telling those who thought there couldn't be a black stormtrooper to "get used to it." - telegraph.co.uk

Unless you believe the top and right images are actual footage.

9
When do we see Poe Dameron on a speeder?

5
Why can Imperial Speeder Bikes jam Imperial Comlinks?
6
Who's that big scary guy talking to Kylo Ren and Hux?
5
Why is the Starkiller Base a snow planet?
20
Why does Rey leave her speeder unattended?
9
How have land speeder film techniques changed?
4
Who's the blue alien from The Resistance?
9
When do we see Poe Dameron on a speeder?
9
Who's "they" in this quote?