How do Han and Chewie find Rey and Finn in the Millennium Falcon?

In Star Wars: The Force Awakens, Rey and Finn hide under one of the floor panels of the Falcon while they prepare to release poisonous gas. Han somehow finds them before they can release it.

How was Han able to find them so fast?

In the film, one can hear a sound of metal on metal just before Han and Chewie turn their attention to the floor panel. It sounds as if Rey or Finn dropped a tool on the floor. Alternately, the sound effect might be intended to represent the sounds of actually tampering with the gas line. In either case, it seems like Han and Chewie both overheard this sound, and they know the layout of the Falcon well enough to tell that it came from the compartments beneath the flooring.

According to the film's junior novel, it was because Rey didn't put the deck plate back down properly:

Her current operators weren’t hard to find. A deck plate in the lounge wasn’t flush with the floor. Chewbacca tore it free and Han pointed his blaster at two youths—a male and female, both human—and a newfangled round-modeled droid. The youths raised their hands in surrender.

We actually see this in the film, although it's not made especially obvious:

According to the WGA script, they simply split up and went to check.

HAN
Chewie, we're home. Han gives Chewie a nod to check out the ship.
Chewie heads off one way, Han in another.
The grating above LIFTS OFF
-- hands in surrender, they look up at Han, who's training his blaster on them, threatening.
They're SCARED. 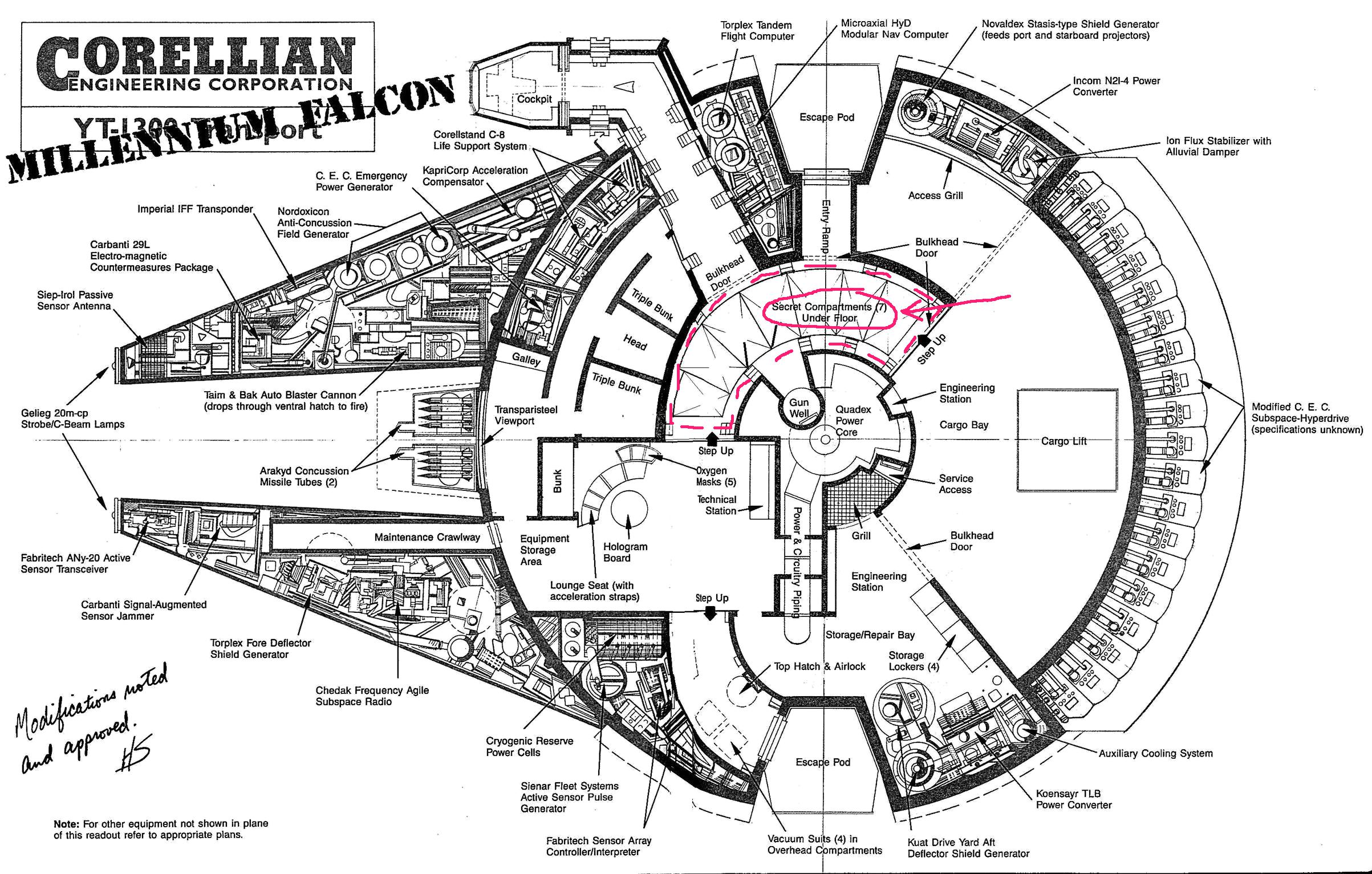 55
What is the intended crew complement of the Millennium Falcon?