Star Trek commonly refers to chemical elements we "haven't yet" discovered, such as "bilitrium", "illirium", "veridium", and "yominium".

A few might correspond to isotopes found in the Island of Stability, but there simply isn't enough room there to account for the hundreds of extra elements present in the Star Trek universe.

Is there any hint anywhere about how these bound states form? Are they proton-neutron-electron collections or something else? Are forces other than the strong nuclear and the electromagnetic involved?

A few might correspond to isotopes found in the Island of Stability, but there simply isn't enough room there to account for the hundreds of extra elements present in the Star Trek universe.

There is enough room, because these new elements invented for Star Trek aren't in addition to the existing elements from the real world - they replace many of them!

The Star Trek periodic table described by Memory Alpha based on images seen in the TNG episode Rascals is quite weird and unfamiliar to real chemists: 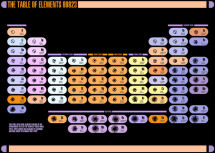 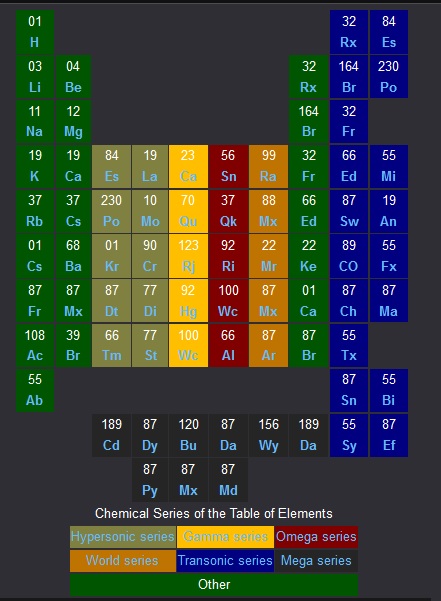 Elements are sorted by atomic weight, which is seemingly unrelated to atomic size and doesn't correlate (in the cases of elements that do exist in the real world) with real atomic weight.

In this table, though, nearly all the entries are joke elements, so perhaps we can safely ignore this as "just an in-joke" (don't kill me, all you hard-core Trekkies!) The Starfleet Medical Reference Manual has a more sensible-looking periodic table with far fewer imaginary elements: 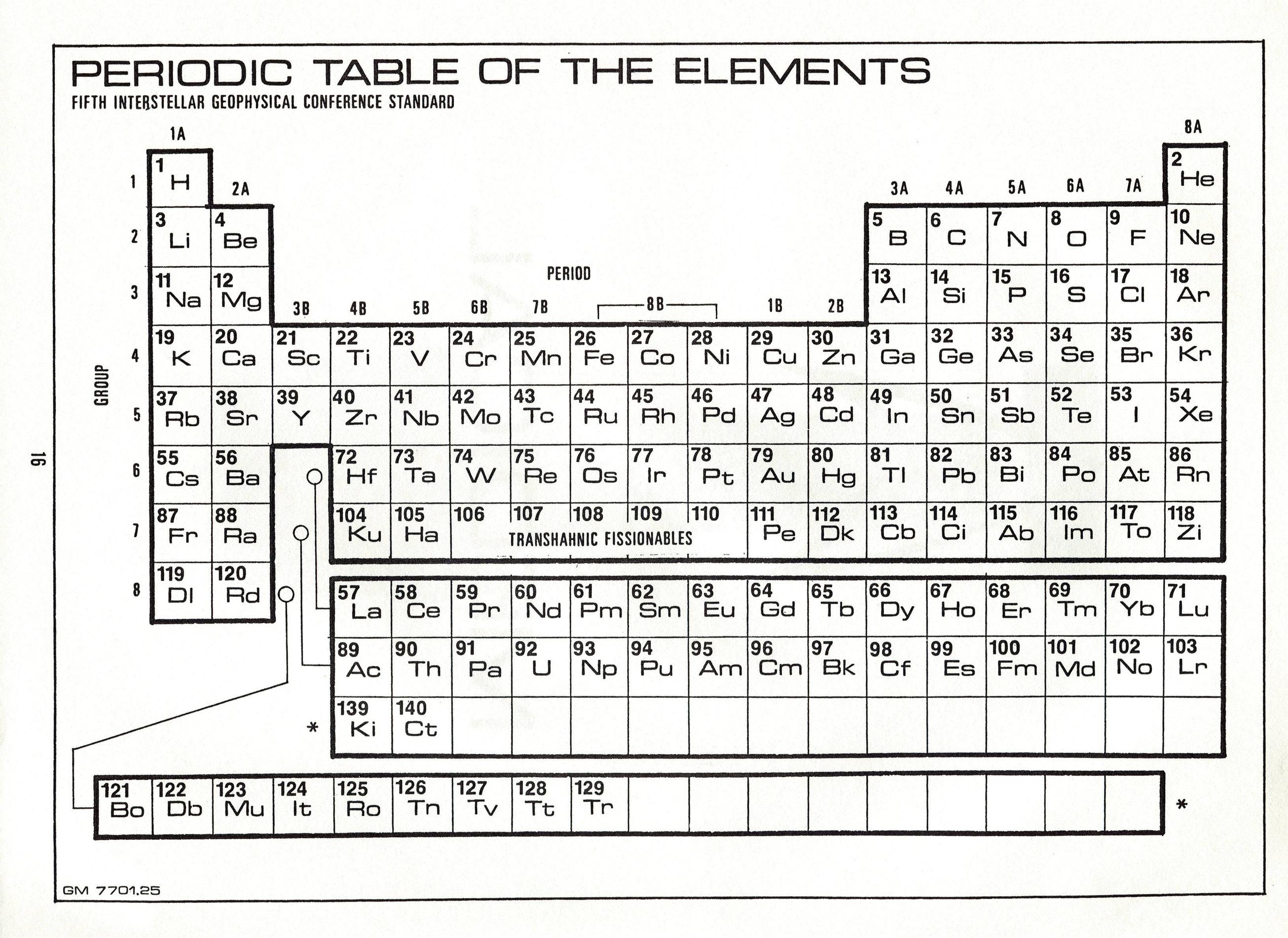 In either case, given that there is still a periodic table, and its overall shape is similar to that of the real one (although some of the elements have different names), it's reasonable to conclude that atoms of different elements are made up of varying numbers of protons, neutrons, and electrons just as in the real world.

This is just cannon, if we do become an interstellar species the elements may change due to the involvement as a species (what we get from the universe may change and elements may evolve as well). Or we may be able to break elements even further, (for example helium is an element but what in the future we discover helium can be broken down even further and thus a new element is defined where helium may be no more than a bi-product)

Not the answer you're looking for? Browse other questions tagged star-trek science or ask your own question.