Are there any mutant inhumans in marvel comics?

Are there any mutant inhumans in marvel comics? (i.e. characters who are both mutants and inhumans)

I think that the Beyonder once claimed to be one, but it was retconned out.

Inhuman and Mutant the genetic markers cancel each other like in Luna Maximoff who is daughter of Quicksilver and Crystal leaving her a normal human. 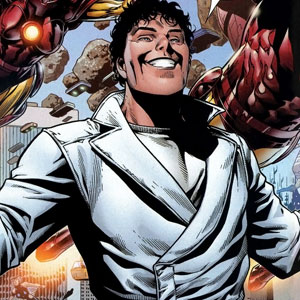 In a retcon of past events, Charles Xavier reveals to his fellow Illuminati members that in the original Secret War, he had attempted to mind-scan the Beyonder, revealing him as one of the Inhumans previously ruled over by fellow Illuminati member Black Bolt. Xavier also deduced the apparent secret behind the Beyonder's seemingly godlike abilities, which was that the Beyonder was not only an Inhuman but also a mutant, and the exposure of his mutant genes to Terrigen Mists had created an unprecedented power

Yes there is — Luna Maximoff, she is daughter of Quicksilver and Crystal, and thus the first child to be born mutant & inhuman, a hybrid. She is earth 616

Not the answer you're looking for? Browse other questions tagged marvel mutant inhumans or ask your own question.