What brought about the 90s Anti-Hero?

I was idly browsing TV tropes, and stumbled over this page about the nineties anti-hero (Warning, link may contain TV Tropes).

What on earth brought this about? Was it just a sign of the times, or were their particular artists/authors who thought this was the way comics should be?

What brought about the 90s Anti-Hero? 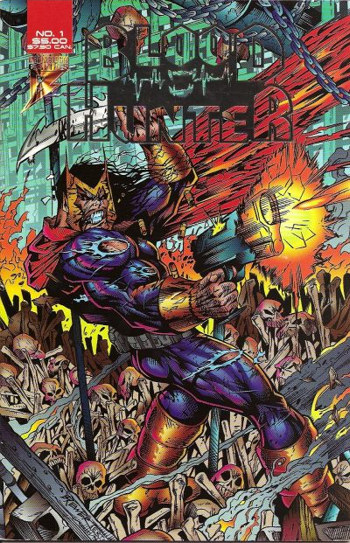 The answer to what brought about the 90s anti-hero is the 80s anti-hero who was brought about by the 70s anti-hero to a certain extent. The anti-hero movement was feuled by a lot of drive-in movies about people who were fighting the system (Bobbie Jo & the Outlaw, Death Wish, Dirty Mary & Crazy Larry etc. etc) and people who were part of the system but didn't play by it's rules like the Dirty Harry movies. Comic books being a medium that can take an idea and run it into the ground, followed suit.

In Spider-Man #129 (February 1974) you had the first appearance of The Punisher. In The Hulk #180 (October 1974) you had the first appearance of Wolverine as Weapon X. Skip ahead to Giant Size X-Men #1 (February 1975) and you have Wolverine join the X-Men and be a complete jerk. Skip ahead again to the Dark Phoenix Saga in Uncanny X-Men #129-138 and you see Wolverine using his claws in rather vicious attacks against guards at the Hellfire Club.

Let's get into politics, crime, and punishment. Crime rates in the US were perceived as being fairly high and rightly so. Ronald Reagan began appointing conservative judges that were tough on crime. The idea of taking the law into your own hands again hit Hollywood with movies like The Exterminator, Death Wish II, and others that were equally full of vigilante justice.

In comic books you had the first Wolverine mini-series which actually painted the character as a man seeking to tame the bestial side of his nature. Then you had books like Omega men #3 that introduce Lobo, a intergalactic bounty hunter who in his first appearance shoved someone nose through the back of their head with a flick of his finger. Also in 1983 you had the introduction of Vigilante in which district attorney Adrian Chase decided it's easier to just kill criminals than prosecute them.

1985 saw the return of The Punisher and here we begin to see the real origin of the whole overmuscled, overgunned anti-hero. However, it was the success of both Batman: The Dark Knight Returns and The Watchmen's Rorschach that led to the big expansion of anti-hero comics. In 1987 Marvel started an ongoing Punisher series and as seen by the cover he was definitely overcompensating (and expecting to survive a RPG blast from ten feet.) Wolverine got his own series in 1988 and as seen by the cover of issue #1 he was no longer suppressing that bestial side.

The success of Wolverine #1 prompted other publishers to start putting out their own anti-hero characters. The appearance of Image Comics in 1992 also led to a sudden independent publisher glut much like the publication and success of Teenage Mutant Ninja Turtles led to the black & white glut of the late 80s. The easiest way for new publishers to get a comic into the stores was by having the name Blood or Death or Kill in the title of your book. The fact that many of the artists of these new books seemed to simply copy Todd McFarlane and Rob Leifeld's artwork is what led to the 90s anti-heroes looking like freaks.

It seems the link you provided answers your question:

The origins of this trope extend at least to the mid-'80s; two critically praised comics, Watchmen and Batman: The Dark Knight Returns were both published in 1986. Both comics were influential in that they "deconstructed" traditional superheroic tropes, employing them for more sophisticated ends; Watchmen, after all, is considered by some to be the greatest comic of all time. The Nineties Anti-Hero was born when other writers connected the success of these series with their dark mood and overt violence, mixed their limited understanding of these works with tropes from the action movies of the time, and went from "heroes with flaws" to "characters constructed entirely of flaws".

The 90's (and 80's) antihero was probably an outgrowth of the growing popularity of anti-heroes in general since the early 70's. Characters like Dirty Harry, Shaft, and even Rambo are examples of the early anti-hero. Soon, with the rise in popularity of vigilante films and american marial arts films actors like Clint Eastwood, Reb Brown, and Charles

Not the answer you're looking for? Browse other questions tagged comics trope or ask your own question.

16
What happened to the rocket that brought Superman to Earth?
10
Was there a one-off Spider-Man public awareness / anti-drug comic given away with chocolate pudding in the early 90s?
9
What comic book super hero/villain has appeared with the most “real life” individuals?
27
Was the first Nite Owl pro- or anti-Dr. Manhattan?
6
Searching for European Scifi Comic (80s-90s) about flight to new earth
5
Who's the largest Marvel super-hero?
5
90s comic about a grim fantasy world with flaming swords
8
What became of the “become a marvel superhero” contest ads in the '90s?
5
90s/2000s French comic about kids accidentally summoning a monster
9
Scifi comic from the 90s about an organic spaceship and its captain in an incubator