How are Stormtroopers uniquely identified in the field?

Multiple times in Star Wars: The Force Awakens, people refer to trooper FN-2187 by that specific correct name, while he is in armor. But the armor is largely identical (some have little accessories like shoulder pads, or different weapon loadouts, but FN-2187 lacks these), which makes me wonder how do First Order (or even the old Imperials) identify who they're talking to?

How are Stormtroopers correctly identified while they're in armor?

There's a canon (even Disney canon) explanation of this in Before the Awakening, in the first chapter, p5-6 (of the paperback):

FN-2187 crouched down and looked in the indicated direction. They were all virtually indistinguishable in their stormtrooper armor, but within his helmet, along with the near-constant stream of data projected across his lenses — telemetry, firing solutions, atmospheric conditions, everything up to and including the ammo count for his blaster rifle — individual ID tags would pop up whenever he looked directly at another trooper, his in-suit computer reading friendly identifications.

While there's no explicit in-movie explanation given for this, it's not a stretch to say that Phasma and other stormies are fed identification information through a HUD inside their helmets. Books and other medium help confirm this.

I'd imagine something like a digital ID tag in the uniform that is scanned and read from inside the helmet of others.

HUDs were also sometimes installed in helmets to assist warriors or bounty hunters. The visors of Mandalorian helmets and clone commando helmets contained HUDs that provided information to the user and were capable of searching databases or uploading maps. The clones became somewhat dependent on the information the HUD gave them, and often felt handicapped when their helmets were off.

This would allow for easy identification between troopers. Non-helmeted personnel and officers wouldn't gain that benefit but I don't recall any helmetless troopers showing up in combat situations. Except, perhaps, General Veers but he piloted an AT-AT and one could argue that trooper identification wasn't necessary inside the vehicle. 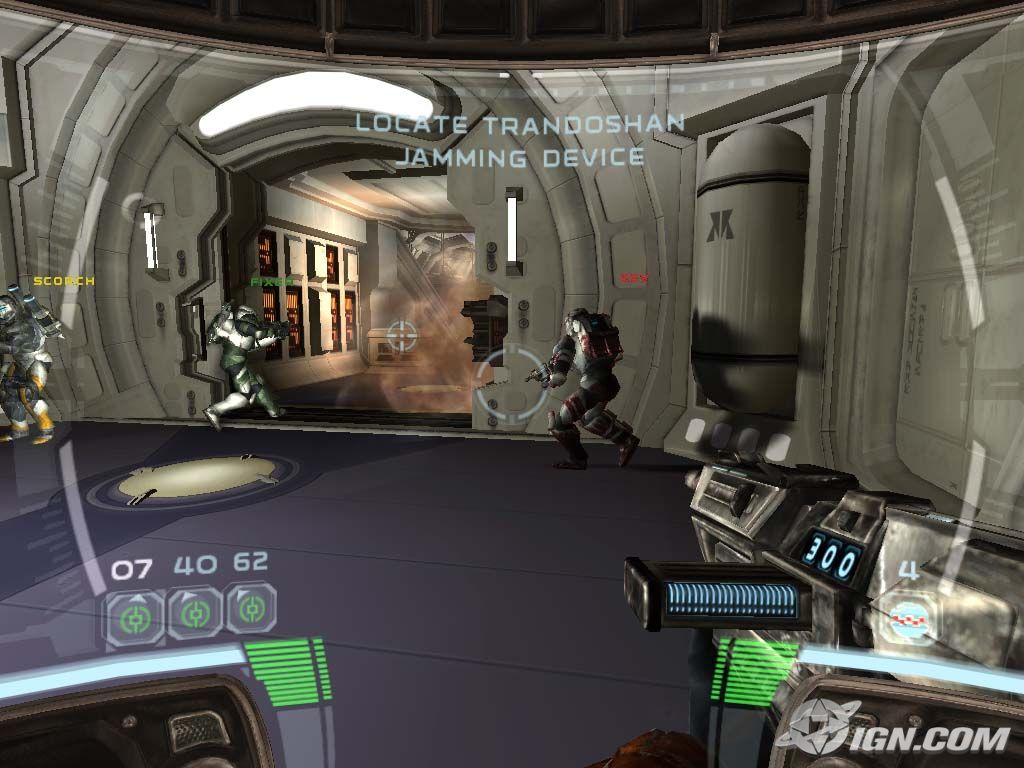 We see troopers' nicknames above their heads and their trooper ID numbers docked in the lower left with their health status - exactly what we were expecting.

Darman slipped on his helmet and retreated into his own world, comlinks closed except for the priority override that would let the squad break into the circuit and alert him. If he let his mind drift, the scrolling light display of his HUD blurred and became the nightscape of Coruscant, and he could immerse himself in the precious memory of those brief and illicit days in the city with Etain.

Fi was back on the secure helmet comlink now. Darman’s red HUD audio icon indicated that only he could hear him.

Additionally, the Visual Dictionary has a cutout of the Stormtrooper helmet with this description:

In this model, enhanced optical equipment creates holographic images of the surrounding terrain, shielding the eye from excessive brightness and offering vision through many barriers such as smoke, darkness, and fire. Optical equipment in trooper helmets can range from simple eye lenses to these elaborate vision processors.

Not an exact confirmation but certainly a good indication. Perhaps low-ranking cannon fodder gets shafted on a decent HUD but there's precedent for at least higher ranking commandos to get them. 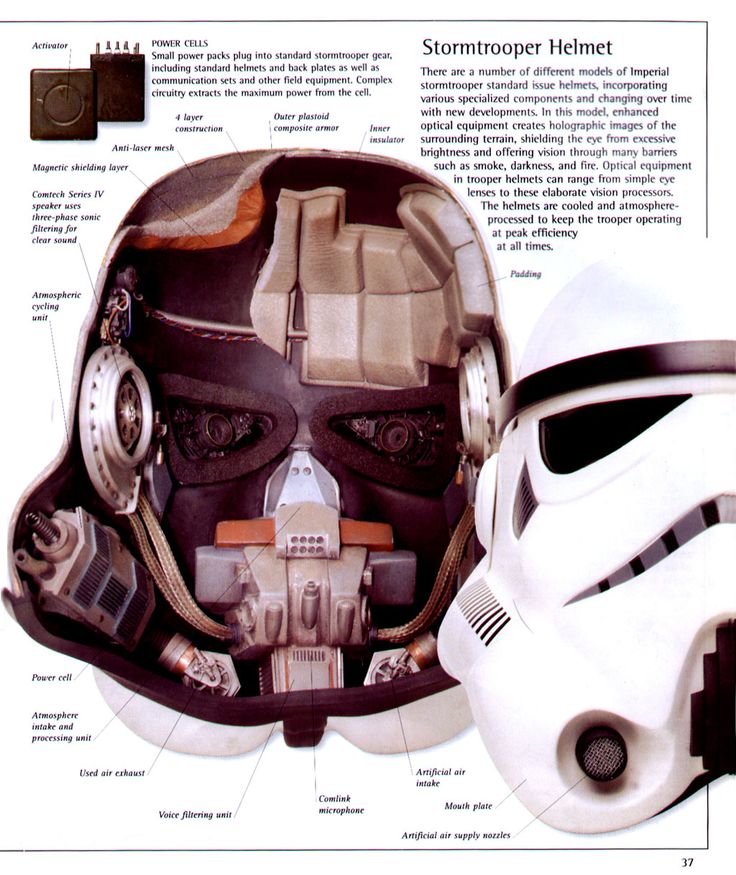 The helmets visual processor assisted the wearer in seeing in darkness, glare, and smoke

That first quote lists Star Wars Rebels: The Visual Guide, but I don't know if it is considered canon.

The second quote is more compelling.

A built-in heads-up display also provided targeting diagnostics, power levels and environmental readings at the corner of the wearer's eyesight, and one could access data on various military subjects and civilian organizations on the helmets display.

If the HUD can display information about targets and subjects, it stands to reason that it can identify friendly forces by their designation. The citation for this segment is from Battlefront: Twilight Company

The description of that book says: 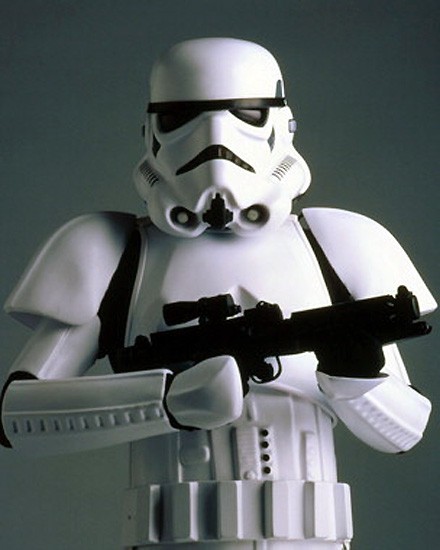 it said in one of the Star Wars encyclopedias the boba fett had a HUD so its not impossible to believe that stormtroopers couldnt. and in eposode 3 when we see the front portion of darth vaders mask that you see the eyepieces with a hud across the top

2
How does Phasma know Finn by sight?