Does Picard have his arm removed?

In Best of Both World's Picard is shown to have a prosthetic arm. 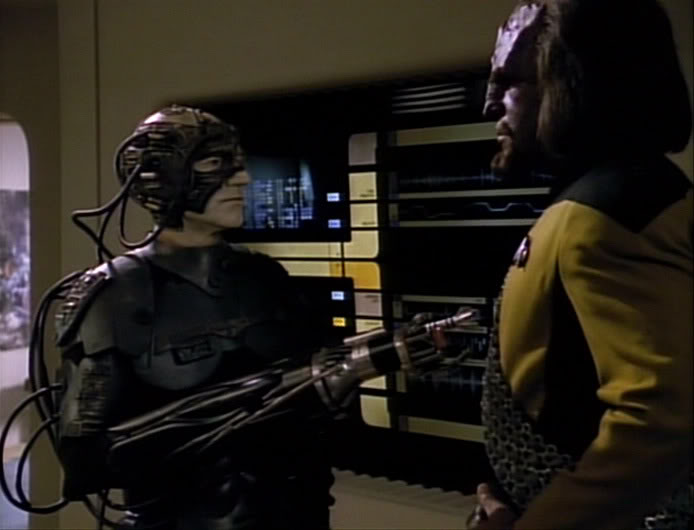 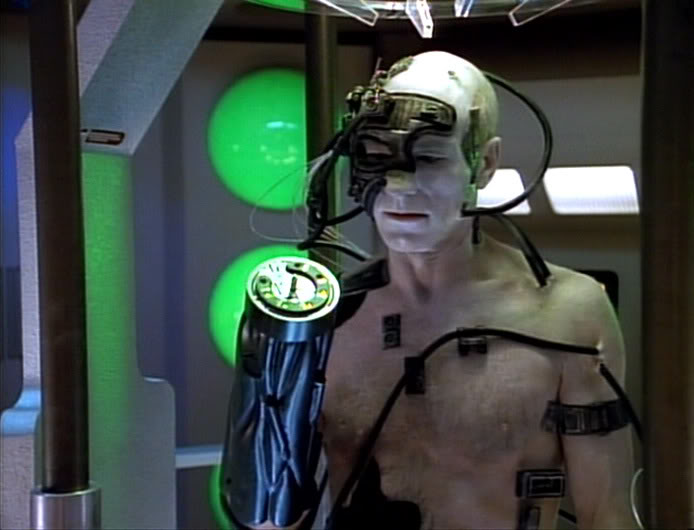 Was his real arm removed, or was the prosthetic simply ontop of his real arm/hand? If his hand/arm was removed, does he then have a fake hand/arm for the rest of the series?

NOTE This is not a dupe, the other question does not answer what happened to his arm, and looking at the answer I received they clearly did have an idea to replace his arm.

On AOL chat with Ronald D. Moore from 1997 he is talking about this

Ron, I was looking through some of the sketches from "Best of Both Worlds." They mentioned something about Picard having to have a bionic arm because the Borg cut off his (like in FC). It showed that Data was orginally supposed to break the whole arm off of Locutus. But from what I saw in "BOBW II" it didn't seem like he had one and it was never mentioned. So my question is, does Picard have a bionic arm or did they save his?

"I lobbied for giving Picard a permanent bionic arm, but Rick and Michael wouldn't go for it. Picard's arm is his own.

He still has his original arm and hand.

At the end of Part 1, Picard's assimilation has already begun, but has not been completed yet. When the crew of the Enterprise first sees him in this state on the Borg cube, we can clearly see that he still has an arm and hand (albeit covered with a glove and sleeve) before the prosthetic has been added: 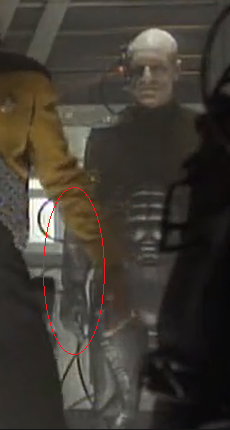 During Part 2, we see the Borg continue their assimilation, including a shot of his (uncovered) arm and hand as they are slipping the prosthetic onto him: 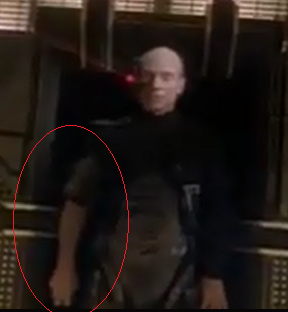 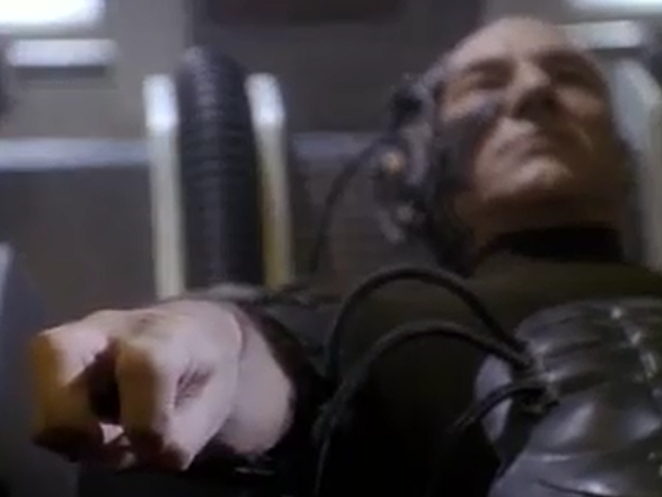 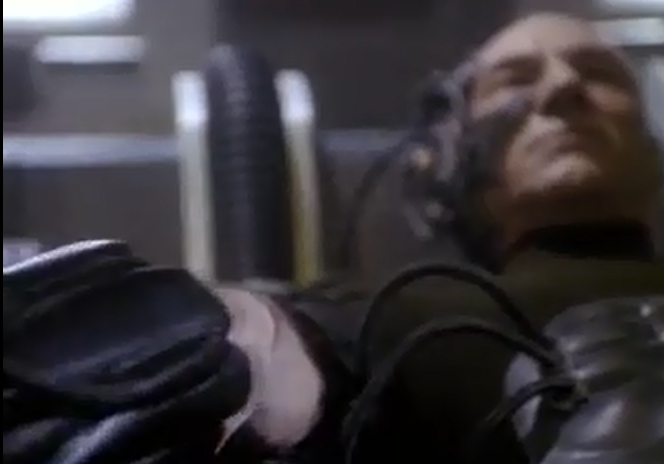 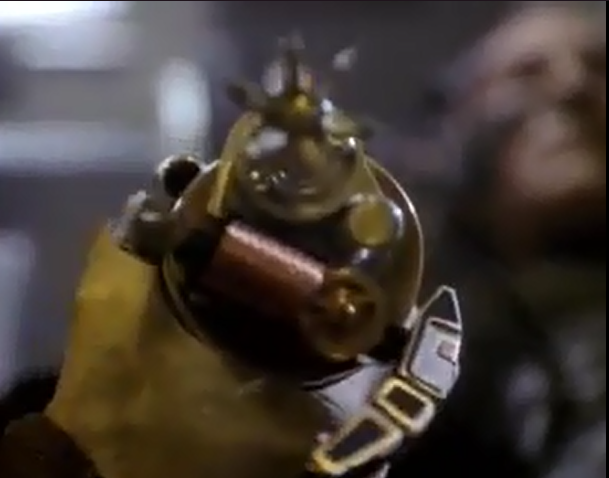 At the end of the episode, we see the prosthetic has been removed: 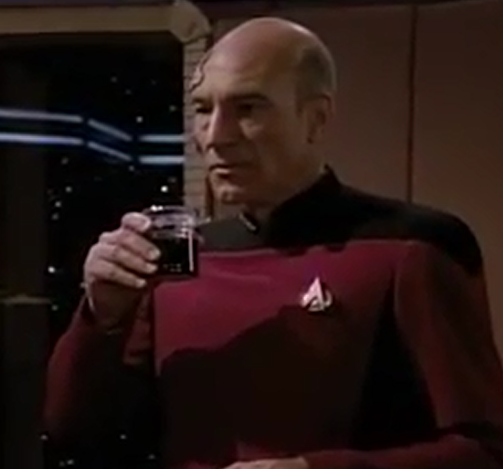 In the season 6 episode "Timescape" that takes place well after his assimilation by the Borg, the fingernails on his right hand (same side that was shown to have the prosthetic arm) grow rapidly when he reaches for the temporally disturbed bowl of fruit. Troi tells him that the "cells (in his hand) are metabolizing at an incredible speed" so it must be his real arm.

37
Why wasn't it possible to completely de-borgify Seven of Nine while it was possible with Captain Picard?
26
What was the physical effect on Captain Picard of Borg assimilation?

66
Why didn't a French actor play Captain Picard? What was the reaction to this on the part of the French?
26
Why didn't Picard go through with the “geometric pattern” plan against the borg?
15
If Shinzon were to replace Picard how is the age difference explained?
21
Is Spock married?
13
Why can Picard still hear the Borg?
38
How could Picard take control of the fleet so easily?
10
Why does Captain Picard drink tea?
15
Does Lwaxana know that Picard is avoiding her?
7
Was Picard trying to take control of the ship to help?
71
Exactly when did Captain Picard perform his trick on Moriarty in “Ship in a Bottle”?