Does Peter Pan have the fountain of youth?

We all know that Peter Pan makes his home in the land where you'll never grow up. However, he probably didn't start there, and he likely won't end there. In the sixteenth and seventeenth centuries, in the Caribbean, the Spanish believed that there was an island that had the fountain of youth. Is it coincidental, that there are both pirates and Indians on an island where kids never age? What I want to know is: Is it possible that the legend of the fountain of youth, could have inspired the story of Peter Pan.

The Spark Behind Peter Pan: 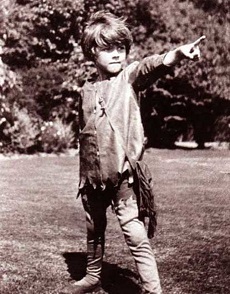 This is also a good read about the tragedy that inspired creation of Peter Pan.

From the Early Accounts heading in Wikipedia:

A story of the "Water of Life" appears in the Eastern versions of the Alexander romance, which describes Alexander the Great and his servant crossing the Land of Darkness to find the restorative spring. These earlier accounts inspired the popular medieval fantasy The Travels of Sir John Mandeville, which also mentions the Fountain of Youth as located at the foot of a mountain outside Polombe (modern Kollam) in India. (Source)

However, the legend became particularly prominent in the sixteenth century when it became attached to the Spanish explorer Juan Ponce de León.

Not the answer you're looking for? Browse other questions tagged mythology immortality peter-pan or ask your own question.

19
How old is Peter Pan?
12
Did Peter Pan Need Continual Infusions of Fairy Dust?
10
Does the Great Ormond Street Hospital control who can make Peter Pan adaptations?
5
Is Link based on Peter Pan?
5
Does the Elixir of Life heal injuries?
6
Anime Series with Peter Pan and Flying Islands, Ships
4
Peter Pan & the Pirate: How did Peter become symbiotically linked to Neverland?
3
How did (Disney's) Tinker Bell meet up with that version of Peter Pan?
5
Which of the Peter Pan adaptations share canon with the 1953 animated film?