What is a hollow world?

I have heard the phrase hollow world several times, but seeing the question "Does the Song of Ice and Fire take place in a hollow world?," inspired me to finally Google the topic. This led to a TV Trope page about hollow worlds explaining:

When science started to switch over to the modern view of Earth's composition the idea of the hollow earth became a Discredited Trope, but later generations of Speculative Fiction writers took up the concept and revitalized it.

Adding various world types: ring worlds, dyson spheres, artificially constructed worlds, etc. Which confused the matter further. Unfortunately, I guess I don't truly understand the concept of a hollow world. Is it as simple as the world is hollow? Or is there something more conceptual at play?

Yes, the fundamental quality of a hollow world is that it is a large, hollow, more-or-less spherical object, and creatures live on the inside surface of it.

What's on the outside of the object (or even if it has an outside) may vary. There could be creatures living on the outside, or it could be bare, or the object could fill the entire universe (and thus have no outside).

Of course the science problem is that gravity as we know it can't hold objects to the inside of a sphere, which is why this is now mostly a fantasy concept. If the world is cylindrical, though, centrifugal force could be used to press the inhabitants to the surface.

To add more color to cjm's excellent answer, the "Hollow Earth" Wiki has a whole big list of historical theories, from ancient world and primitive tribes, to 17-18th century, up through 21st.

It also mentions "megastructures that have some similarities to a hollow Earth – Dyson sphere and Globus Cassus" which your question mentioned.

Among the most interesting ideas are "Concave hollow Earths" as well as "Multiple concentric shells", both of which actually contradict cjm's statement that the fundamental quality of a hollow world is that it is a large, hollow, more-or-less spherical object, and creatures live on the inside surface of it:

As far as concentric spheres, Edmond Halley (the astronomer of the Halley's Coment fame):

... in 1692 put forth the idea of Earth consisting of a hollow shell about 800 km (500 mi) thick, two inner concentric shells and an innermost core, about the diameters of the planets Venus, Mars, and Mercury. Atmospheres separate these shells, and each shell has its own magnetic poles. The spheres rotate at different speeds. Halley proposed this scheme in order to explain anomalous compass readings. 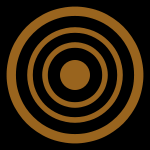 Also, another curious theory had us living on the inside of the sphere: 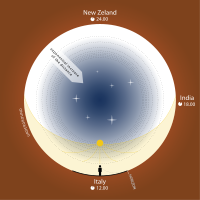 Aside from its weirdness/elegance, this latter theory is notable for this website since it was the basis of the worldview of an alien world in one of the most famous Soviet SciFi novels, "Inhabited Island"

Not the answer you're looking for? Browse other questions tagged science-fiction-genre fantasy-genre dyson-sphere or ask your own question.

29
Does the Song of Ice and Fire take place in a hollow world?
10
Who was the first telepath?
7
Story set inside a sphere